The co-hosts of CBS This Morning on Wednesday celebrated Gayle King’s selection for the Time 100 Most Influential People list. John Dickerson read the gushing tribute by filmmaker Ava DuVernay, hailing the “all-time great” King. DuVernay praised, “What most don’t understand about Gayle is that this perfected proximity to others is a superpower that the best journalists possess.”

Not-exactly showcasing humility, the CBS crew read the fawning praise to King as she sat on set with her co-hosts and Time’s editor-in-chief Edward Felsenthal. He oddly singled out King “standing up for the same transparency here at CBS” in regard to the sexual harassment and abuse allegations against former CBS host Charlie Rose and ex-CEO Les Moonves.

Though she has called out CBS on some occasions, King also expressed her irritation at having to cover the sexual abuse allegations against Moonves: On September 11, 2018, she whined, “I'm sick and sick of the story and sickened the by everything that we keep hearing.” King praised, “Les Moonves has done wonderful things for this company and we can't forget that either.” 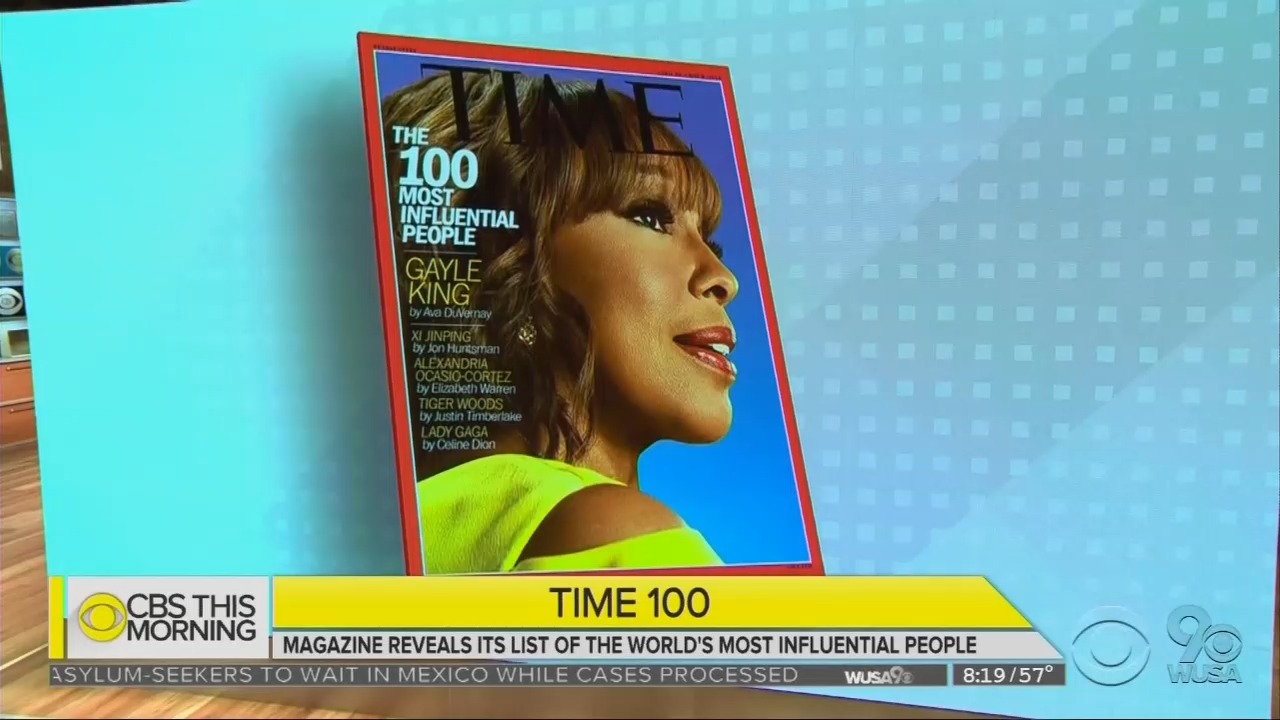 In May of 2018, the co-host publicly declared how “sick” she was of covering the allegations against “my friend” (and co-host) Rose. (Rose was accused of sexual misconduct by multiple women.)

As for her journalism, King is a woman who is a Democratic donor. She attended then-President Obama’s birthday party and vacationed with the family. The co-host is also lobbying for liberal Oprah Winfrey to run for president in 2020 against Donald Trump.

Is that the kind of objectivity Time and CBS should be praising?

A partial transcript of the segment. Click "expand" to read more.

JOHN DICKERSON: This morning, Time magazine is revealing its list of 100 most influential people. The magazine created a special series of covers for the issue. Ten-time grammy winner Taylor Swift. Two-time Grammy winner Sandra Oh and House Speaker Nancy Pelosi are cover starred. They're joined by actor Dwayne Johnson and soccer superstar Mohamed Saleh. And as we already told you, our very own Gayle king also chosen to grace the cover. She's making the Time 100 for the first time. 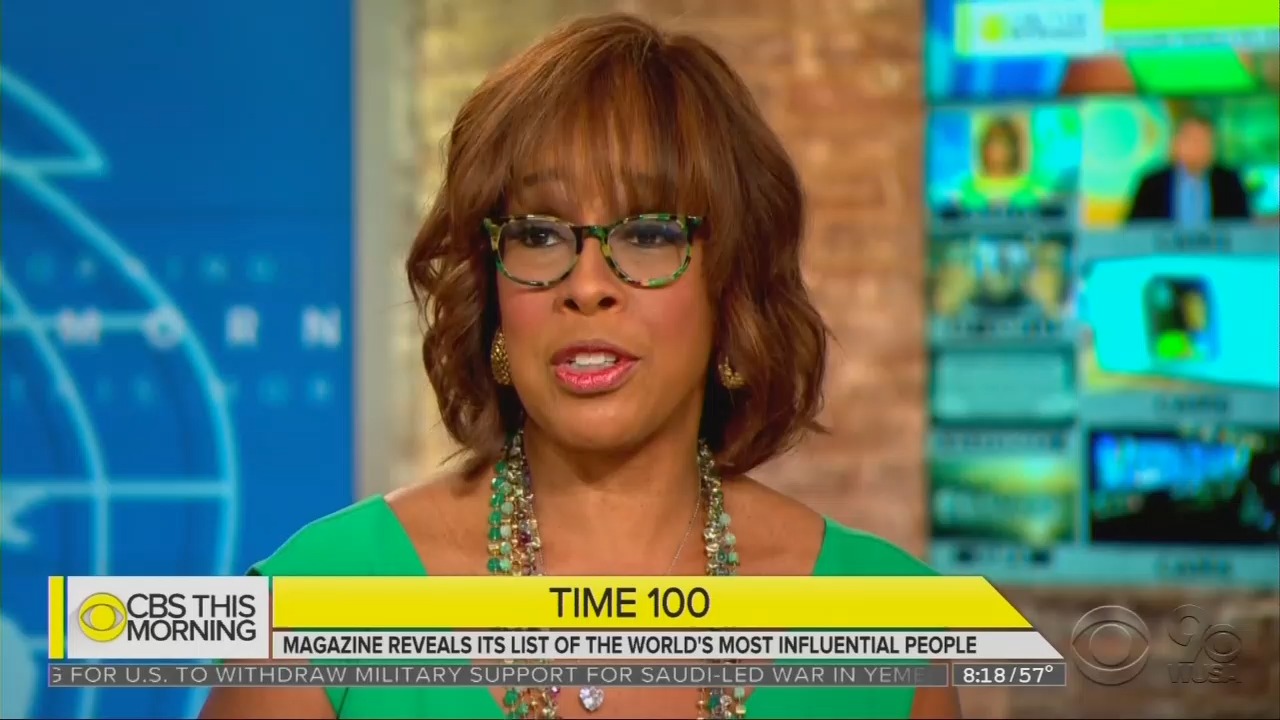 DICKERSON: Only on CBS This Morning, Time's editor-in-chief and CEO Edward Felsenthal is here. Good morning.

DICKERSON: Ed, I’m not going to ask you the first question. I'm going to ask the first question to Gayle. It’s not even a question, really. So, your day is maybe going to get better. You’ve already read this. But let's read what Ava DuVernay wrote about you. “What most don’t understand about Gayle is that this perfected proximity to others is a superpower that the best journalists possess. To be present, but not centered. To observe. To bear witness. So the fact that this year she is being lauded as one of the all-time great broadcast interviewers is simply the perfect signifier, a few decades overdue.” What does it mean to be on the cover, but to also hear those extraordinary words, which is those of us who know you feel perfectly capture you.
KING: I was so touched to read her words. This is what I don't want to do. I was so touched to read her words. I had to read it twice. It just made me think again how much I love this job and the people I do it with. It was so unexpected to me. You just have no idea what this means to me. I was thinking of my dad who so loved news and loved us watching the news. I thought it was so damn boring and here I am doing the news and being honored this way by your peers. I can’t even tell you. And for Ava to write it. Number one, they don't tell you who's writing it. So when I found out it was Ava DuVernay, a brilliant writer and brilliant director. What she said, I texted her this morning. I saw it like at 3 o’clock this morning. I was hoping she was up. She was not. Just to say, “Ava, I was so blown away and so moved by what she had to say.

NORAH O’DONNELL: Well, she captured it.

KING: I can't tell you what it means. The picture is so pretty. Who is that girl. Who is she?

O’DONNELL: You call her an unshakeable figure in this business.

EDWARD FELSENTHAL (Time editor-in-chief and CEO): It's not a lifetime achievement award. It's about people who shape the year, change the year, stood up, stood out. In Gayle's case, continue to sit down that image of Gayle's unshakeable as R Kelly lashed out. I think it seared in the memories of a lot of people last year, coverage of the separation crisis at the border, standing up for the same transparency here at CBS that we all stand up for in our jobs as journalists made this powerful.