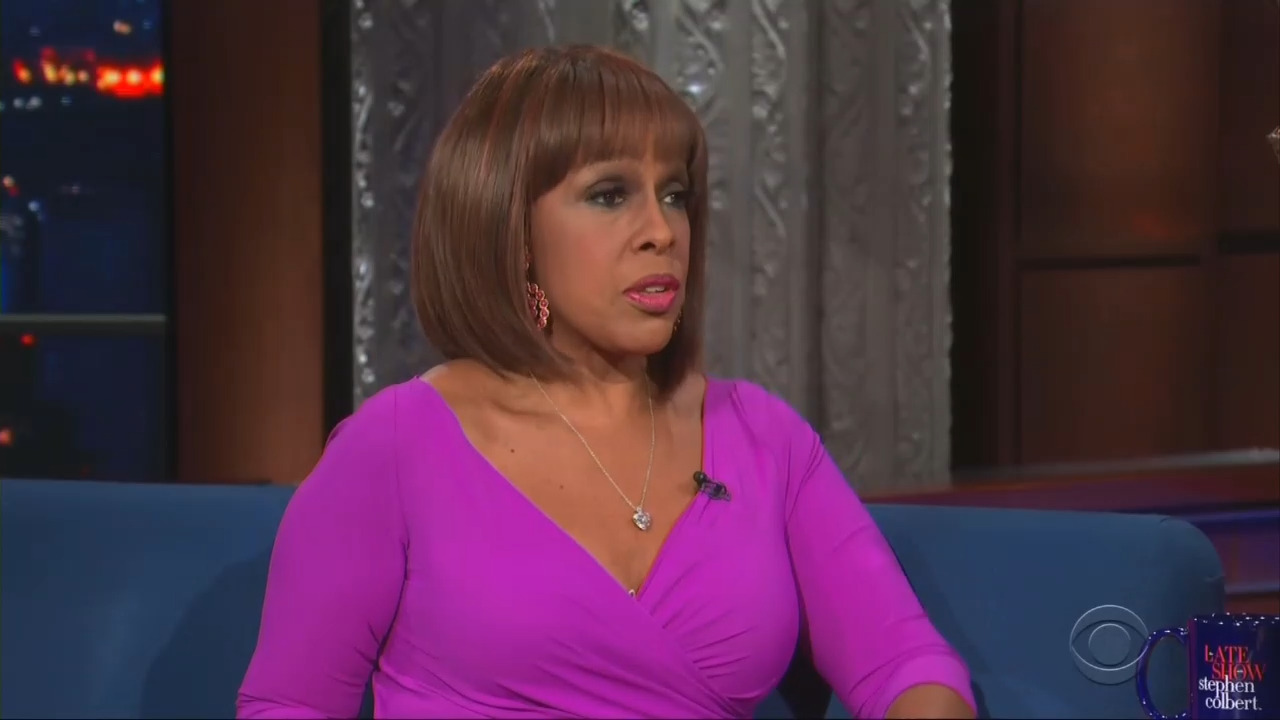 New York Times reporter Amy Chozick has quite the track record of biased stories in addition to her book on covering Hillary Clinton filled with gooey tributes and some a-grade affection. So it was no surprise that Chozick came through Wednesday with a profile of CBS This Morning co-host, Oprah Winfrey gal pal, and Obama donor and family friend Gayle King that was so syrupy it saw no problem with King’s conflicts of interest and fantasied about a Winfrey presidential run.

Chozick set the tone by gushing in the first sentence that “Gayle King doesn’t so much enter a room as envelop it” before offering a vivid description of their meet-up at a fancy Midtown restaurant that features “$29 towers of French toast” where King wore “disappointing eyelash extensions for which she’d just paid $189.”

Talk about an elitist lifestyle that’s, to borrow a phrase from King’s colleague Scott Pelley, divorced from reality for most of the country.

But, wait, it got worse with these excerpts from graphs two and five (click “expand”):

Yet even though Ms. King has emerged as the most esteemed personality of morning TV news — all the more so now that a high-profile rival, Megyn Kelly, has been vanquished — she says she does not feel famous. Not Oprah famous, anyway. She knows something about that level of celebrity. For decades, Ms. King was best known for being Oprah Winfrey’s best friend. “I have literally seen people brought to their knees, crying and sobbing,” she tells me, over an egg-stuffed quesadilla and blueberry pancakes with maple syrup. “That, girl, is a star.”

Ms. King established a distinct brand of news delivery: chatty but not snarky, empathetic but not sappy. By 2017, the King-Rose-O’Donnell formula was working, “CBS This Morning” was regularly catching up with the competition, and Ms. King was being hailed for her own talents — no longer a sidekick.

Chozick spent a portion of the story discussing the rise of the original CBS This Morning team with King, Norah O’Donnell, and Charlie Rose that fell apart earlier this year when Rose was booted following serious sexual harassment allegations in The Washington Post. But as Chozick showed, King and Rose have both remained friends and stayed in contact.

“By the time I contacted Ms. King to get a meal and talk about her career and #MeToo and how, at 63 years old, she is no longer just known as Ms. Winfrey’s bestie, people had started to stop her on the street to offer condolences, like somebody had died,” Chozick explained concerning Rose.

King gave a defense of men who’ve been accused of returning in some capacity because “murderers are walking around” and so “you can hold two ideas in your head at the same time” by believing women and also have the mindset “that not all men accused of wrongdoing should be banished for life.” Besides Rose, she fretted that Matt Damon has been criticized for his #MeToo views.

I asked Ms. King if redemption was possible for some of the #MeToo men. “Amy, murderers are walking around,” Ms. King said flatly. “People who kill people are walking around. They might not be able to get [their] jobs back, but surely there must be room for some redemption somewhere.” She paused. “I don’t know what the answer is to that, and it might be too soon. Maybe people don’t want to hear that.”

Part of Ms. King’s appeal — what CBS brass calls her “authenticity” — is that she knows she might be saying something unpopular, and she doesn’t care. Ms. King has emerged as a tough-love truth-teller, delivering straight talk between posts on social media about squeezing into her Spanx. It’s not that she is trying to offend anyone, as some cable news hosts do. She is just herself, and she likes being herself, and she doesn’t know any other way to be. “I kind of like me,” Ms. King told me a couple times.

She hasn’t been shy about the fact that she remains close with Mr. Rose. “I know there are two sides to every story, that’s what I know,” she said. The day we met at Norma’s, Ms. King had just called Mr. Rose to check in after he’d had a health scare. Mr. Rose is her friend and friendship is important to Ms. King, who for most of her life was known only as the professional best friend to America’s best TV friend.

Using Rose’s lavishing praise for King that Chozick gathered from a lunch date, Chozick opined that King “has been able to speak her mind without igniting a social media firestorm.” Whether it was her frustration with having to cover Rose, her donations to the Obamas, or being unhappy that she was criticized for vacationing with the Obamas, King has certainly been able to elude questions of ethics because, well, she’s not at Fox News.

Chozick provided a thorough dive into King’s career in local TV news and then how she became so close with Winfrey.

She opined with dismay at the conventional wisdom that King received her CBS perch because of Winfrey and not her anchoring gigs: “When the show started to catch on, hardly anyone outside local Connecticut markets knew that Ms. King had spent nearly 20 years as an anchor. They assumed she got the CBS job because of her connection to Ms. Winfrey.” To be honest, we all know the former is why she’s at CBS.

After describing King’s post-show routine of going to work at O magazine, Chozick arrived at King’s closeness to the people she covers, casually stating like it’s no problem that “she vacationed with Ms. Winfrey, Tom Hanks, Bruce Springsteen and Barack and Michelle Obama on David Geffen’s yacht in Tahiti.”

But it was the back end of the article where Winfrey reiterated that King has continued pressing her to run against President Trump to which Chozick told King that she has a “fantasy of covering Ms. Winfrey’s presidential campaign” (click “expand”):

Ms. King fanned the flames when she said Ms. Winfrey was “intrigued” by the idea. She then clarified that her friend was not “actively considering” a run.

I confessed to Ms. King that I have a (nonpartisan) fantasy of covering Ms. Winfrey’s presidential campaign. We would, of course, grill her on policy and ask all of our usual probing questions. But after a grueling day on the campaign trail, the traveling press corps would get O as our in-flight magazine and Weight Watchers-approved diets. We’d have a book club, obviously, and practice some self-help. “It’s a bit of a fantasy for me, too,” Ms. King said. She put emphasis on the word fantasy.

Ms. King said Ms. Winfrey “is very, very, very happy with her life, and her life would drastically change” were she to run. That hasn’t stopped Ms. King from urging Ms. Winfrey to do it.

The day Ms. Winfrey called me from her Santa Barbara home, her dog barking in the background, she seemed a bit baffled by Ms. King’s persistence. The two women had just talked, and Ms. King had, again, urged her to consider running. “It’s actually really surprised me,” Ms. Winfrey said. “She is still talking about ‘the perfect ticket,’ and I said, ‘I don’t get it. I don’t get why you keep doing this? You of all people are supposed to care about my life,’ and she said, ‘The country is bigger than your life.’”

And when the article wound down by describing King as “like a college student or one of those girls who moves to New York to live like a ‘Sex and the City’ character” who opposes the President’s immigration policies this summer, anyone with the patience to read this profile were finally put out of their misery.