The tangled web of CBS journalists and Democrats continued on Monday as CBS This Morning co-host Gayle King, a “supporter” and “friend” of Cory Booker, interviewed the 2020 presidential candidate. CBS, this time, alerted viewers to the conflict of interest, something the network hasn’t done in the past. Booker is just the latest Democrat King has supported, despite her supposedly neutral role as a co-host.

Introducing Cory Booker, This Morning co-host Bianna Golodryga explained, “Senator Booker is with us now at the table. We should mention that Gayle is good friends with the senator and has supported him in the past.” The hosts laughed and King cheered, “I'd like to think still friends. I'd like to think that that hasn’t changed.”

As the Washington Free Beacon explained, Booker appeared on the January 17, 2018 and January 26, 2018 editions of the show and there was no public disclosure. The two have been seen together at many events. Here is a screen grab from a YouTube video of the pair at the premiere of The Amazing Spiderman. 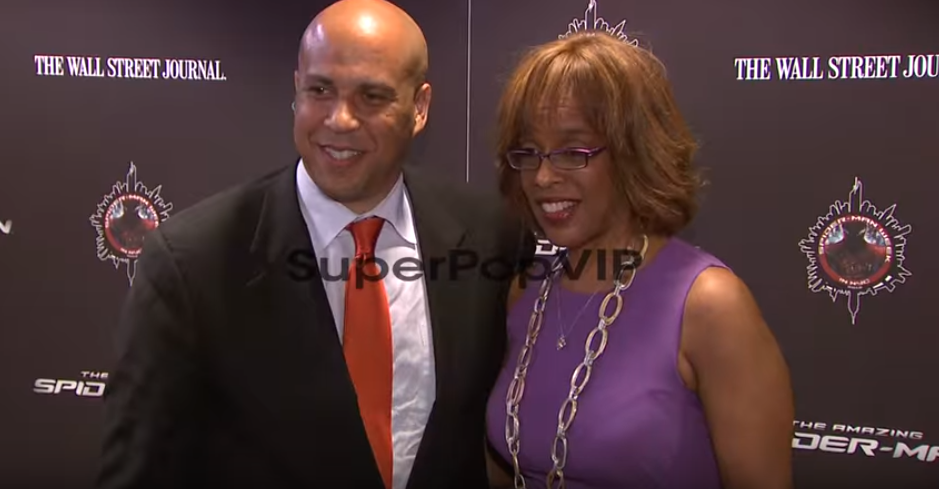 Here they are at the 2012 New York premiere of Friends With Benefits. (Also from YouTube.) 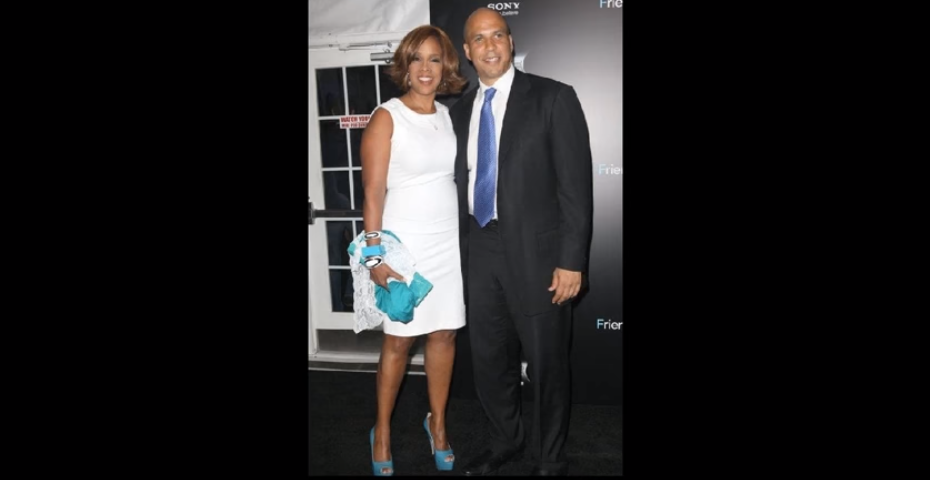 They also attended Barack Obama's May 19, 2010 White House dinner together.

The Free Beacon’s David Rutz noted that in 2012, then-CBS host Charlie Rose quizzed Booker about his close relationship with King. King blurted, “It’s not hooking up, Charlie. No boinking has occurred.”

Regardless of the details of the relationship, King has a long history of supporting Democrats. According to Open Secrets, she’s donated to Barack Obama, the DNC, and Harold Ford Jr. While at CBS, she donated to Obama and attended his birthday party. Most recently, she vacationed with the Obamas.

King also has a conflict of interest regarding coverage of Oprah Winfrey, her best friend. She is openly lobbying the liberal to run in 2020. Asked about it on the February 15, 2018 edition of CBS This Morning, King showed no conflict about her role as a journalist vs. her friendship with the liberal Oprah. Discussing whether she was pushing Winfrey to run, King responded, “Yes, I have. My name is Gayle, G-A-Y-L-E. Yes, I have.”

On October 31, 2018, King told The New York Times she has a “fantasy of covering” Wifnrey’s presidential bid. 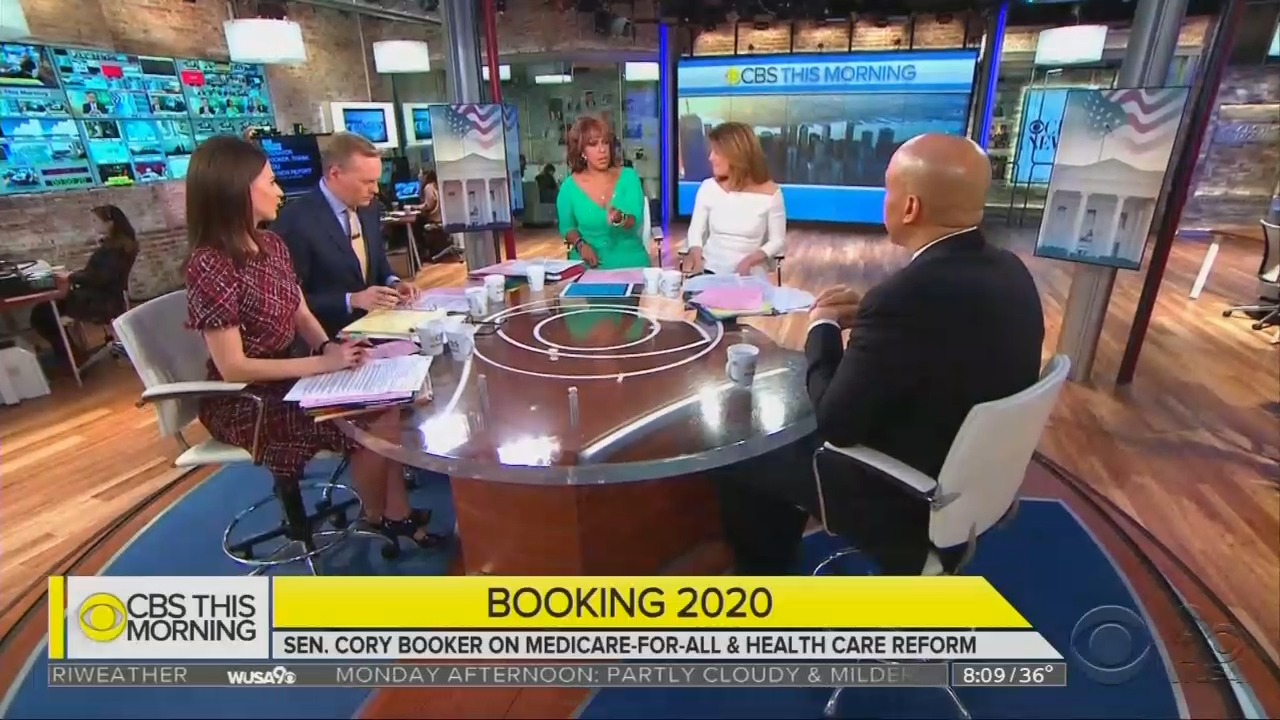 On March 6, 2018, King absurdly said she could be “impartial” on a Winfrey 2020 bid. On the same program, however, the CBS host pleaded for her friend to run: “But I also think you have a unique ability in terms of healing and connecting all people.”

On Monday, King asked Booker if Donald Trump “has something on you.”

I want to get back to the President for a second, though, Cory. Because He says that "I know him." He seems to imply that he knows something about you or has something on you. What do you think this means?

Whatever progress Booker makes towards the Democratic nomination, it’s clear he and other Democrats have a backer in CBS This Morning co-host Gayle King.

Correction: An earlier version of this article attributed the following quote to Booker. It was said by King: “It’s not hooking up, Charlie. No boinking has occurred.”