File this one in the “when did you stop beating your wife” category. Time magazine’s website on Tuesday offered a very slanted headline about the Supreme Court’s decision on Monday in a religious liberty case. Regarding a man who did not want to make a cake for a gay marriage, Time.com blared: “Colorado Bakery Owner Insists He's Not Biased Despite Going to Supreme Court Over Cake for Gay Couple.”

Imagine the temerity of baker Jack Phillips to stand up for his rights and take the case to the Supreme Court. The article by Jennifer Calfas reinforced this idea: “Phillips and his Masterpiece Cakeshop became symbols of discrimination for many in the LGBTQ community when refused to make David Mullins and Charlie Craig a wedding cake in 2012.” 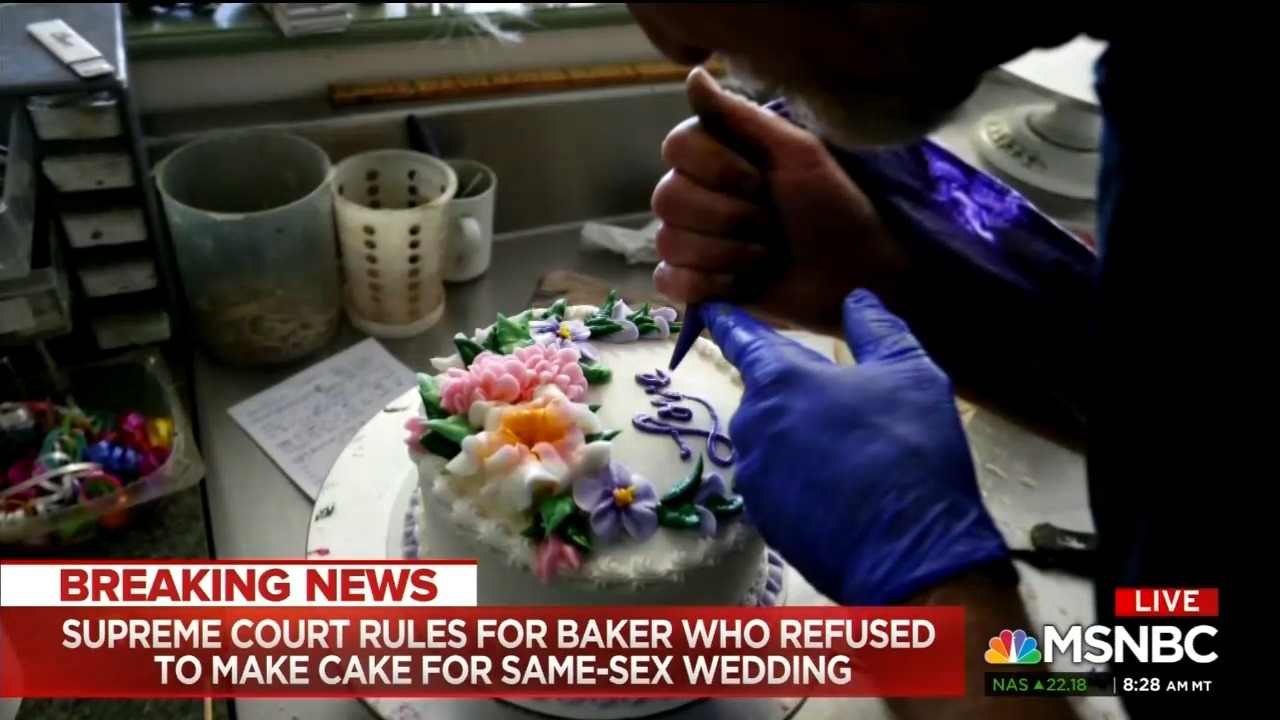 ... Many LGBTQ advocates took issue with the Supreme Court’s ruling Monday. “The Court today has offered dangerous encouragement to those who would deny civil rights to LGBT people and people living with HIV,” wrote Rachel Tiven, the CEO of Lambda Legal, a nonprofit legal organization that serves the LGBTQ community, in a statement.

Calfas did allow Phillips to defend himself, but repeatedly cited those who oppose him.

On Monday, CNN’s Jeffrey Toobin said the Supreme Court case “is certainly an invitation” to discriminate against gays and interracial couples. MSNBC hosts whined, wondering if religious liberty advocates will “try and take a victory lap.” Doesn’t that usually happen after a victory?