Religious liberty advocates scored a victory on Monday as the Supreme Court, by a 7-2 decision, ruled that a Christian baker could not be compelled to bake a cake for a gay marriage. MSNBC immediately offered a nothing-to-see-here tone, throwing some cold water on the win. MSNBC Live host Hallie Jackson asked a legal analyst: “Do you believe that religious liberties advocates will try to run a victory lap here?”

Well, yes. After a high profile victory, the people involved tend to take a victory lap. Analyst Danny Cevallos told Jackson that “it is a victory.” Earlier, Jackson summarized another MSNBC analyst as calling the ruling “one and done.”

She hedged: “What kind of broader national implications, if any, does this decision have?” Cevallos insisted that the whole win was obvious: “This decision isn't a surprise. At oral argument, the court indicated that it might be leaning towards the baker in this case.” 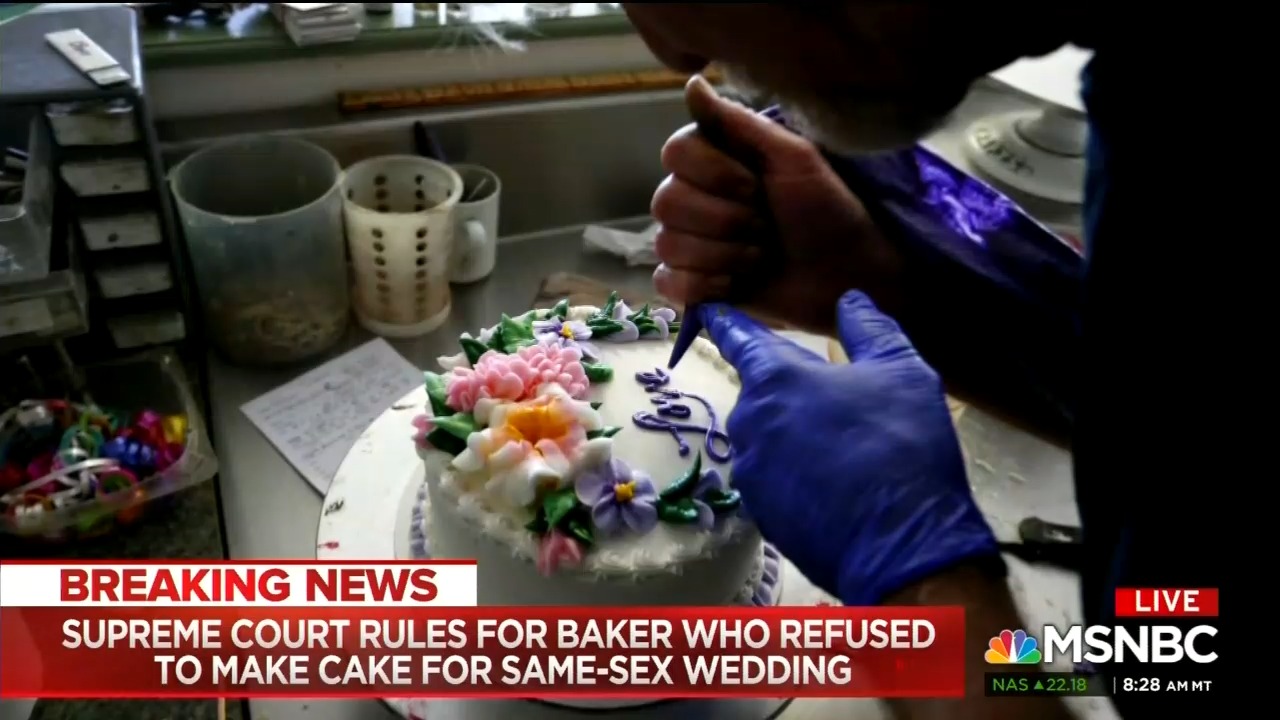 The Supreme Court’s decision is narrowly written. However, a win’s a win. And this is one that religious liberty advocates had been eagerly hoping for. A 2013 MRC study found that cable news has a tendency to allow liberals to dominate when a Court ruling goes their way. But when conservatives win, the right doesn’t get to do a “victory lap.”

A partial transcript of the June 4 segment, which aired at 10:18am ET, is below:

HALLIE JACKSON: I want to bring in MSNBC legal analyst Danny Cevallos. Danny, Pete talked about this a bit, one and done as he put it. What kind of broader national implications, if any, does this decision have? 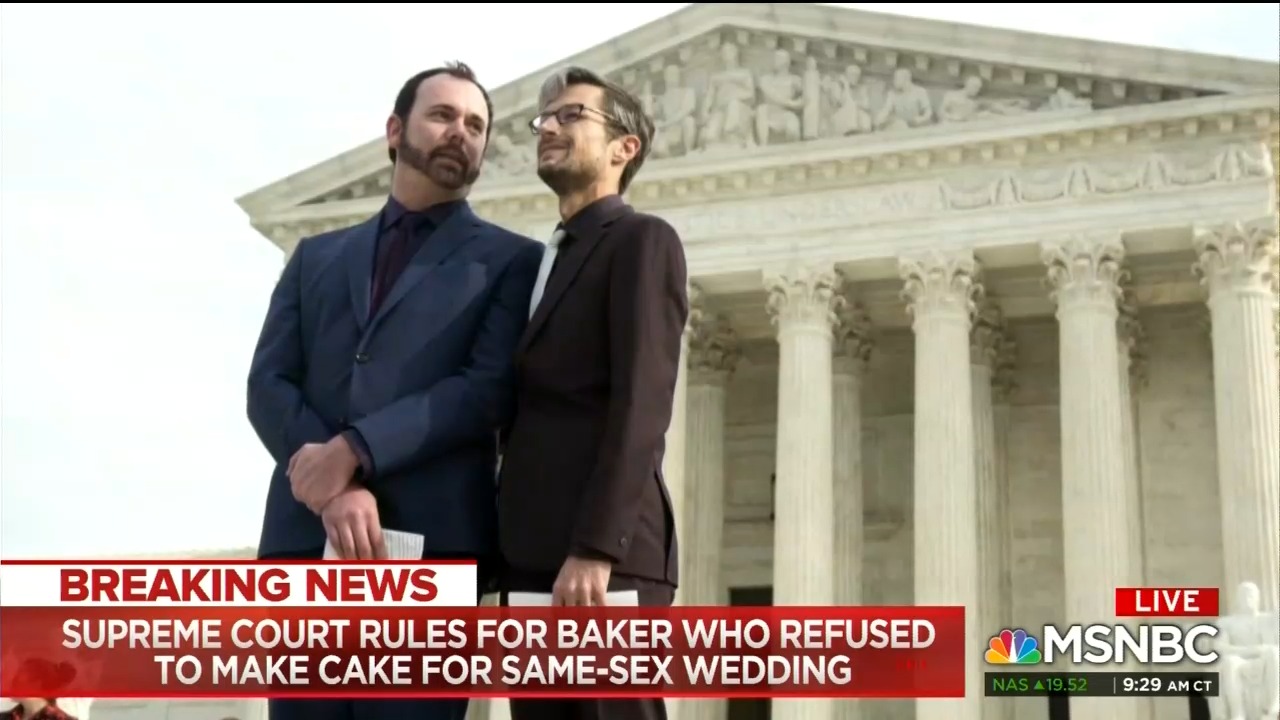 DANNY CEVALLOS (MSNBC legal analyst): This decision isn't a surprise. At oral argument, the court indicated that it might be leaning towards the baker in this case. In a way, this is a narrow decision in the sense that the baker is not compelled to speak, he's not compelled to create a cake. It was clear that the couple could have bought any of the pre-made cakes, any of the things that were already in the store. So the baker's argument was always that as an artist this is compelled speech, I'm being compelled to create a product for someone even if it is a cake. So this does not conclusively answer the question about whether or not anti-discrimination laws that address same-sex marriage can be categorically used to compel speech in the case of a baker or somebody in some other quasi artistic community or artistic community who is forced to make something for a same-sex couple.

JACKSON: We are waiting for reaction from the baker's attorneys, from this same-sex couple's attorneys as well. Do you believe that religious liberties advocates will try to run a victory lap here?

CEVALLOS: It is a victory. It’s a narrow victory for religious liberty, but it still doesn't answer the question whether or not when they come head to head do the anti-discrimination laws and the modern trend of extending that to same-sex couples, when that comes head to head with freedom of expression and freedom of religion, which should give? This case is fascinating for exactly that reason. It pits these two forces against each other and one of them eventually must give categorically as a rule of law. That may not be today but certainly will be in the future at some point.