Seeming to place the responsibility on Donald Trump, CBS This Morning on Wednesday pointedly noted that protesters in Phoenix didn’t become violent until after the President spoke. Reporting from the scene, journalist Carter Evans observed, “This is where thousands of protesters and Trump supporters were gathered before the rally. They were very vocal, but largely peaceful.”

In an earlier segment, co-host Chip Reid sounded a bit wounded as he related Trump’s attacks on the media:

I've covered a lot of President Trump's rallies, and I don't think I've ever seen him this angry. At one point, he pointed directly at the media platform with dozens of cameras that were there and called us bad and sick people.

Over on NBC, Wednesday, Today reporter Kristen Welker called the President’s speech a “tirade.” On ABC, analyst Matt Dowd sneered that Trump hates the media because he has a “real problem” with the First Amendment.

[The bias on CBS This Morning was brought to you by Toyota, Kohl’s and Expedia.] 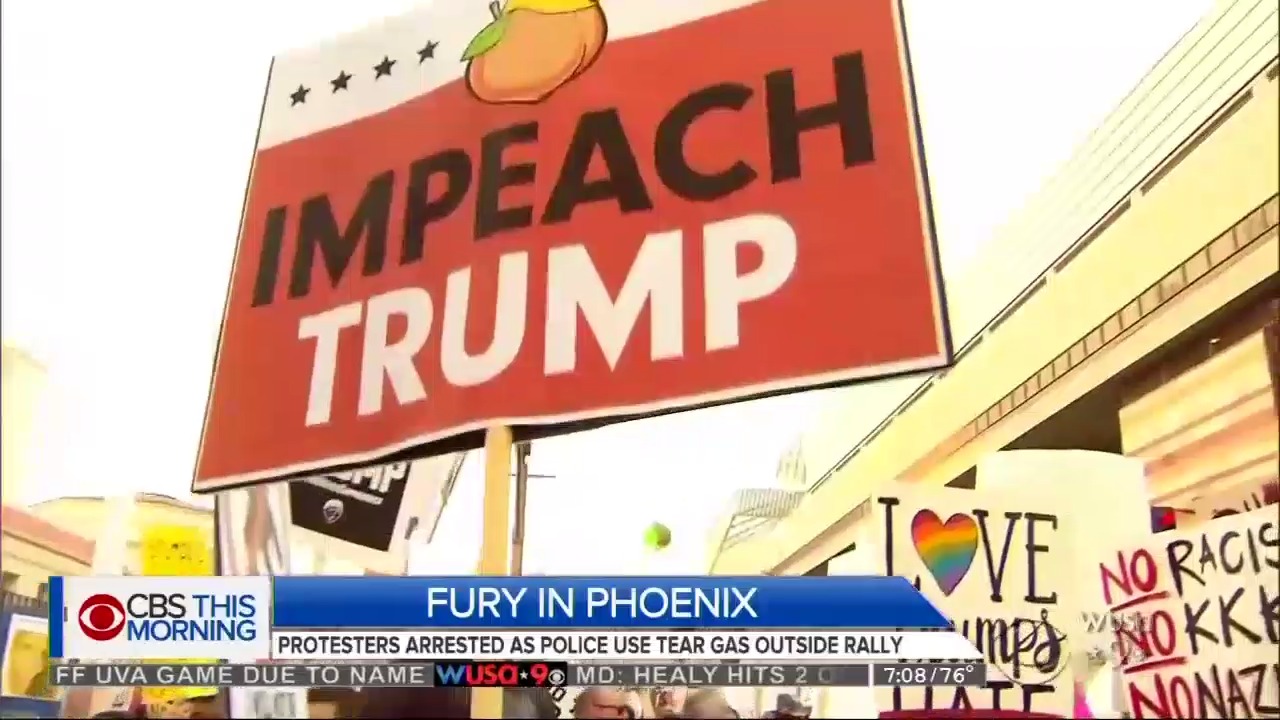 NORAH O’DONNELL: Welcome to CBS This Morning. Police use tear gas and pepper spray to disrupt protests after President Trump delivers a fiery speech in Arizona. The President takes aim at the media, defends his Charlottesville remarks, and threatens a government shutdown.

BILL WEIR: Carter Evans was in the middle of things outside the rally last night when police used tear gas and pepper spray to force away protesters. Carter, good morning. 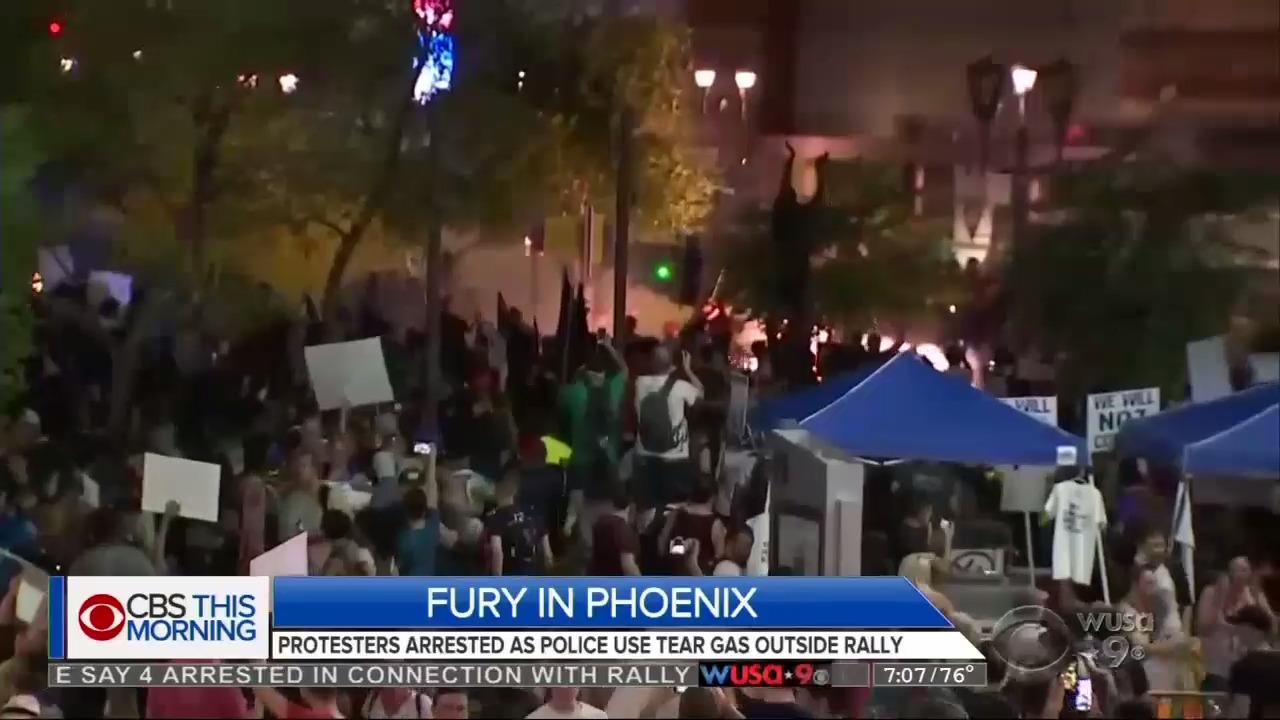 CARTER EVANS: Good morning. This is where thousands of protesters and Trump supporters were gathered before the rally. They were very vocal, but largely peaceful. All of that changed, however, after the President spoke. And a small group of protesters ignored police orders to leave. It was chaos and confusion outside the Phoenix convention center Tuesday night. Police used tear gas to clear the streets of largely anti-Trump protesters after the President's rally. [Footage from Tuesday night.] We're at the front line with the protesters right now. I can feel the smoke kind of burning my eyes. You can see the police here in their riot gear. You can see the smoke.

They've been setting off flash bang grenades to try and disperse the crowd. Here they go. This protester was seen kicking a smoke bomb toward police who responded by shooting him with a non-lethal projectile. Police made five arrests, at least two of them for criminal assault on an officer.

EVANS: Before the rally, the thousands of trump supporters entering the convention center were met by a wall of protesters. The Hoyler family says the level of animosity surprised them.

JERRY HOYLER: We stand for what we believe in and they believe in which is America at its best and finest. So, I'm proud of that.

EVANS: Police set up barriers to keep the two sides apart but many of the thousands there opposing Trump and his policies say they felt their voices were heard.

CARLOS GARCIA (Puente Movement Director): We have a united front, people from all over, not just immigrant rights, that are coming together and saying no to Donald Trump.

EVANS: The mayor says there will be an investigation into what led to the confrontation between protesters and police. The chief says that no rubber bullets were used and there were no reported injuries except two police officers who were treated for heat exhaustion. Norah?