Matt Dowd: Donald Trump Hates the Media Because He Has a 'Real Problem' With 1st Amendment 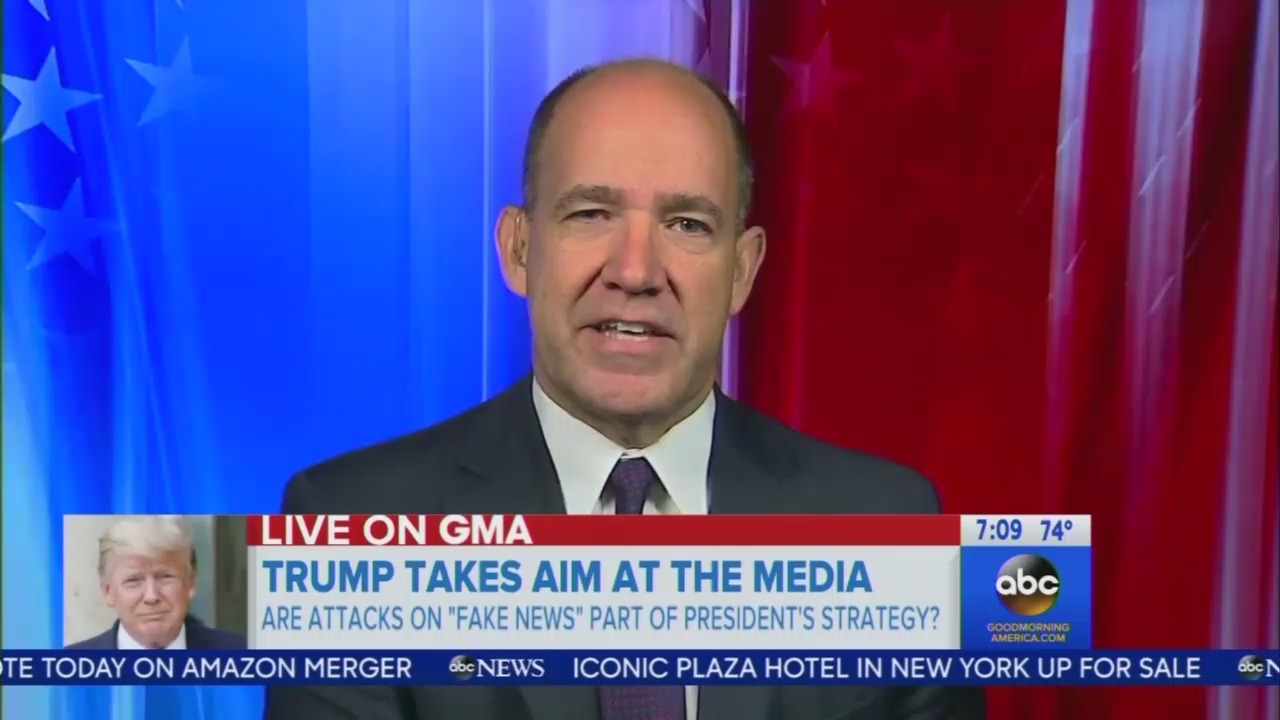 After accusing Trump-supporters of wanting to hurt reporters, ABC went on to claim that Trump hated the media because he hates the truth, on Wednesday’s Good Morning America. Not only that, ABC political analyst Matthew Dowd stated, but Trump hates that that the Constitution protects freedom of the press.

The negative allegations began after anchor George Stephanopoulos gushed that the media was “running out of times to say, ‘we’ve never seen anything like this before from someone in the White House.’” Dowd went on to rant that Trump was “stoking the fires” of “division” with this rhetoric against the media:

STEPHANOPOULOS: Matthew, you’re kind of running out of the times to say we've never seen anything like this before from someone in the White House, from the President of the United States and such a difference from just 24 hours before.

DOWD: Yeah, it's amazing, George. I was reflecting on this last night and this morning at a time in America where we're thirsty for healing and unity, Donald Trump arrived in the desert of Arizona with an overheated rhetoric and damaging divisions in this. It does nothing to help heal the country at this point in time. He's presiding over this and he's only adding to this. Only stoking the fires more and more. That last night was a perfect example of how on the Mondays we see a mirage and on Tuesdays we see the true Donald Trump and what we saw last night I have to say was the real Donald Trump.

Stephanopoulos pointed out that he was in Trump’s line of fire during his speech last night and whined self-righteously, that it seemed to be Trump’s “strategy” to “turn accurate reporting into attacks on him.”

We learned last night that the president watches GMA, he took off on me last night as well as part of his media rant but the thing is, this is not just impulse, this is strategy by the president. He is trying to turn accurate reporting into attacks on him and using that to bind him more closely to his political base.

Dowd agreed, complimenting Stephanopoulos for being attacked by President Trump, saying he was in the rank of the truth-tellers. “What it seems like is that is greatest enemy is the truth. He’s mad when somebody tells the truth,” he stated. “Donald Trump seems to have---he loves the Second Amendment but he seems to have a real problem with the First Amendment,” Dowd added, as a rebuttal to Trump’s claims that the media unfairly reported on his Charlottesville remarks.

This ABC segment was brought to you by Ford, Kohl's and Whole Foods.