As Donald Trump is inaugurated the 45th president today, it’s not likely that the three networks will suggest that seagulls were “awed” by the “sacred” event, one that “pilgrims” trekked to Washington to see. But that happened on January 20, 2009 as Barack Obama became the 44th president. ABC, CBS and NBC reporters were beside themselves and compared the event to a religious experience.

Then-CBS host Harry Smith saw the inauguration as where “the secular and the religious” merged. He gushed, “So it was that as many as two million pilgrims made their way to Washington and the Mall to witness this most sacred event.”

A day before, on January 19, 2009, CBS Early Show co-host Maggie Rodriguez hailed, “Does it get any better, or more beautiful, or more spectacular than this?"

Over on the January 21, 2009 NBC Nightly News, Lee Cowan echoed the religious language: “In the end, though, it really didn't matter where you were as long as you weren't alone. Just ordinary street corners like this one here in Chicago fell silent, almost becoming a political cathedral of sorts.”

On the January 20, 2009 World News, Bill Weir thought that even the animals would be amazed: “From above, even the seagulls must have been awed by the blanket of humanity.”

The worst examples of the media’s fawning over Obama’s 2009 inaugural can be found below: 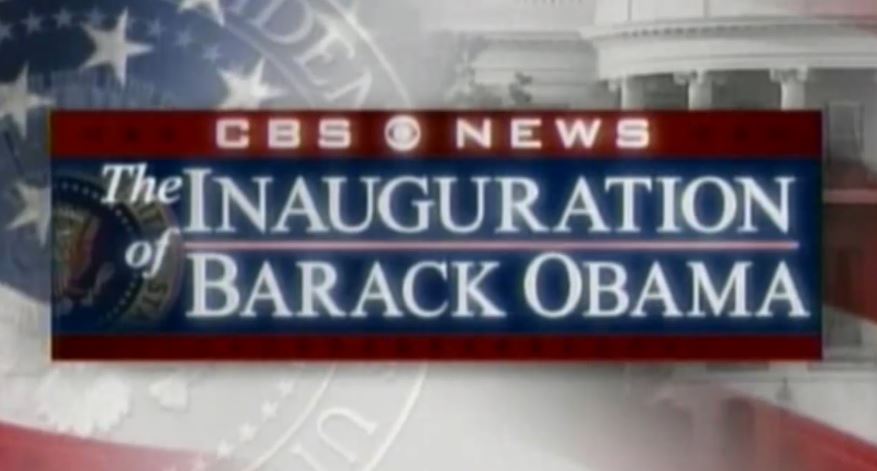 A new day is dawning here in the nation’s capital on the eve of the inauguration of Barack Obama as the 44th President of the United States... Does it get any better, or more beautiful, or more spectacular, than this?”
— Co-anchor Maggie Rodriguez opening CBS’s Early Show, January 19, 2009.

“We know that wind can make a cold day feel colder, but can national pride make a freezing day feel warmer? It seems to be the case because regardless of the final crowd number estimates, never have so many people shivered so long with such joy. From above, even the seagulls must have been awed by the blanket of humanity.”
— ABC’s Bill Weir on World News, January 20, 2009.

What a day it was. It may take days or years to really absorb the significance of what happened to America today....When he [Barack Obama] finally emerged, he seemed, even in this throng, so solitary, somber, perhaps already feeling the weight of the world, even before he was transformed into the leader of the free world....The mass flickering of cell phone cameras on the mall seemed like stars shining back at him."
— NBC's Andrea Mitchell on the January 20, 2009 Nightly News.

“America the Beautiful: The nation and the world pause to witness an extraordinary milestone as nearly two million people come together to hail the new chief and celebrate an era of change.”
— ABC’s Terry Moran opening Nightline, January 20, 2009.

“Politics, and patriotism, and the presidency. It is the place where the secular and the religious merge. And one of the sacraments of our national religion is the inauguration... So it was that as many as two million pilgrims made their way to Washington and the Mall to witness this most sacred event.”
— Then-CBS host Harry Smith on the January 21, 2009 edition of The Early Show.

“In the end, though, it really didn't matter where you were as long as you weren't alone. Just ordinary street corners like this one here in Chicago fell silent, almost becoming a political cathedral of sorts. And almost everyone was making that mental scrapbook, noting the time and place where they were on this day and, perhaps, shared a collective tear.”
— NBC reporter Lee Cowan on the January 21, 2009 Nightly News.