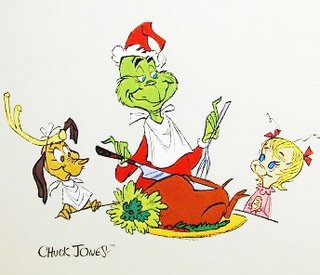 Yep. People who cook more than their guests will eat and throw the food away are destroying the planet.

ABCNews.com in Australia reported the following absurdity on Christmas Eve:

Wasted food at Christmas time is now being highlighted as an environmental problem.

Jon Dee, the chairman of Do Something, says gases from leftover food rotting in landfill are 20 times more potent than the carbon pollution from car exhausts.

Mr Dee says there are simple ways to avoid over-catering at Christmas and damaging the environment.

"Australians waste more than 3 million tonnes of food every year and of course a lot of that food is wasted at Christmas," he said.

Now, add in all the methane being released from cows, bogs, and wetlands across the planet, and the fact that methane is a signficantly more powerful greenhouse gas than carbon dioxide, and hasn't this article pointed out the extraordinary absurdity in the entire anthropogenic global warming myth?