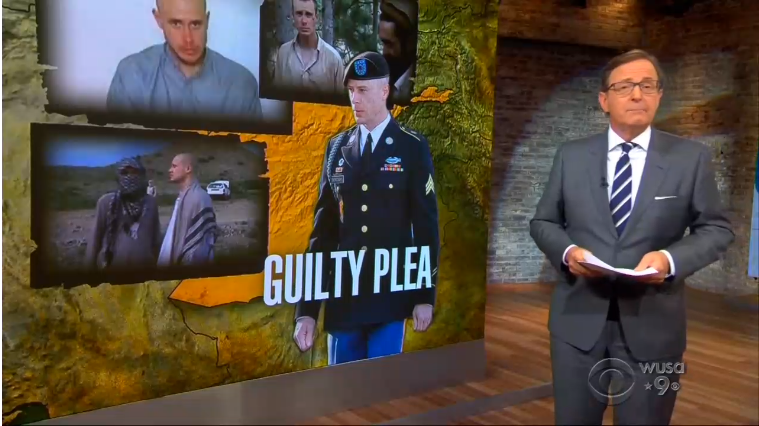 In a military courtroom in Ft. Bragg, North Carolina on Monday, Sgt. Bowe Bergdahl pleaded guilty to charges of desertion and misbehavior before the enemy and faces up to life in prison. Back in 2014, President Obama traded five dangerous terrorists to get Bergdahl back. And in a flawed political calculation, the administration championed him as a 'hero.' But considering the massive blowback that followed the ill-advised move, the Big Three Networks omitted that from their Monday evening reports.

Following the trade, Obama held a flashy press conference in the White House Rose Garden with Bergdahl’s parents to commend the man who left his post to enter the arms of the Taliban. During that time, now infamous National Security Advisor Susan Rice told ABC that:

That is really not the point. The point is that he’s back. He’s going to be safely reunited with his family. He served the United States with honor and distinction and we'll have the opportunity, eventually, to learn what has transpired in the past years, but what's most important now is his health and well-being. That he has the opportunity to recover in peace and security and be reunited with his family, which is why this is such a joyous day.

And on Monday’s World News Tonight, ABC’s Brian Ross complained about how Bergdahl was treated by the public. “…The homecoming celebration for Bergdahl was short lived. Bergdahl was attacked for risking the lives of fellow soldiers who went searching for him,” he bizarrely bemoaned. Ross then pushed Bergdahl’s claim that President Trump was the reason he couldn’t get a fair trial. “Bergdahl says a fair trial would have been impossible given the words of Donald Trump.”

“We may as well go back to kangaroo courts and lynch mobs that got what they wanted,” Bergdahl said in an interview. “The people who are to the point of saying, yeah, just shoot him, you can never convince those people to change their minds.”

By entertaining Bergdahl’s claims, Ross was aiding the suggestion that the military court couldn’t possibly be impartial and operates at the whim of the president.

Bergdahl’s desertion to the Taliban was devastating to the members of his platoon who risked their lives to find him. And when Obama finally made the trade they spoke out against it and led the charge against the administration’s false claims that he was a hero. The only mention of them came from NBC who found one who said: “The fact that he's admitted that he did desert and misbehaved in front of the enemy has brought a lot of vindication and peace to me.”

And when it came to reporting about the efforts to find Bergdahl in the wake of his desertion, the networks asserted that only two soldiers were wounded in the search. “At least two American service members were seriously wounded while searching for Bergdahl,” reported Anchor Anthony Mason on CBS Evening News.

But according to a CNN report from 2014, written by Jake Tapper, there may have been six soldiers killed in the process. “Interviews with soldiers familiar with the specific missions in which the six died suggest the charge is complicated -- but not without merit given how much the 501st Parachute Infantry Regiment became focused on "PR" -- personnel recovery -- after Bergdahl vanished from his guard post on June 30, 2009,” Tapper wrote.

Despite how unfavorable the trade for Bergdahl was, the liberal networks clearly would do anything to protect the image of the Obama administration.

ANTHONY MASON: Army Sergeant Bowe Bergdahl pleaded guilty today in military court to desertion and misbehavior toward the enemy. The latter charge could put him behind wars for life. Bergdahl walked off his post in Afghanistan in 2009. He was held by the Taliban for five years. He was freed in a prisoner swap approved by President Obama. At least two American service members were seriously wounded while searching for Bergdahl. 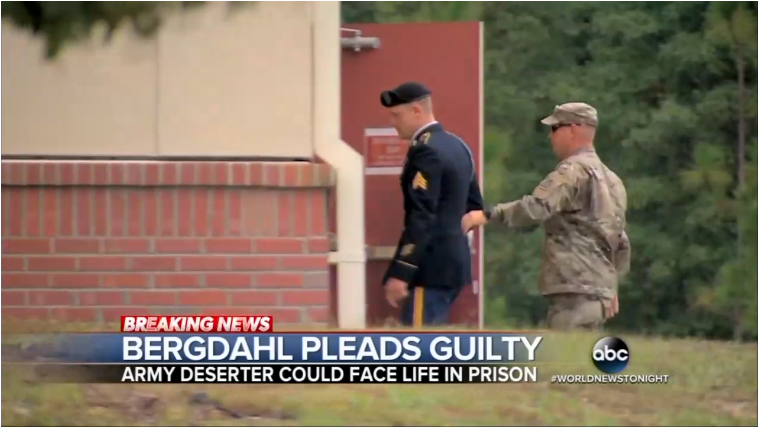 BRIAN ROSS: The U.S. released five Taliban prisoners to gain his freedom, and the homecoming celebration for Bergdahl was short lived. Bergdahl was attacked for risking the lives of fellow soldiers who went searching for him, two of them seriously wounded.

DONALD TRUMP: He's a traitor a no-good traitor who should have been executed.

ROSS: Bergdahl says a fair trial would have been impossible given the words of Donald Trump.

BOWE BERGDAHL: We may as well go back to kangaroo courts and lynch mobs that got what they wanted. The people who are to the point of saying, yeah, just shoot him, you can never convince those people to change their minds.

LESTER HOLT: Tonight, a guilty plea from Army Sergeant Bowe Bergdahl who walked off his base in Afghanistan in 2009, was held for five years by the Taliban and returned in a controversial prisoner swap in 2014. At Ft. Bragg, North Carolina, Bergdahl pleaded guilty to desertion and misbehavior before the enemy and could face life in prison. Our Pentagon correspondent Hans Nichols has details. 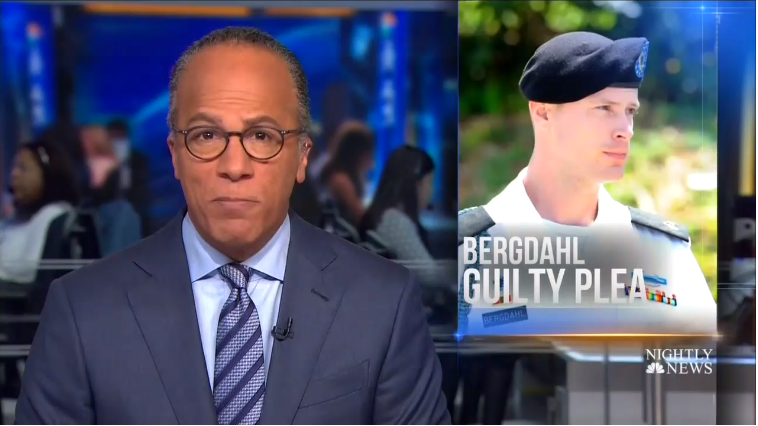 HANS NICHOLS: Sergeant Bowe Bergdahl acknowledged today he had put his comrades in danger. “I left my platoon in a battlefield,” he said, calling it “a situation that could easily turn into a life or death situation.” At least two American service members were seriously wounded as U.S. forces searched for Bergdahl. The Taliban had captured him almost immediately and would hold him for the next five years until he was released in exchange for five Taliban prisoners. Today's guilty plea offered some comfort to one soldier in his platoon.

SGT. JORDAN VAUGHN (RET.): The fact that he's admitted that he did desert and misbehaved in front of the enemy has brought a lot of vindication and peace to me.

DONALD TRUMP: And 30 years ago he would have been shot.

NICHOLS: Bergdahl said he left his post to report misconduct by his commanders. An Army investigation said that he may have been delusional. Concluding, “Bergdahl's mental state substantially contributed to his unreasonable decision to desert.”

COL. JACK JACOBS (RET.): The fact that the Taliban kept him penned up for five years is the result of his walking into the hands of the Taliban. The United States of America still needs to extract punishment for what he did.

NICHOLS: The judge found Bergdahl guilty of desertion for just one day, not his entire time in captivity. Sentencing is set to begin next Monday, and he faces up to life in prison. Hans Nichols, NBC news, the Pentagon.