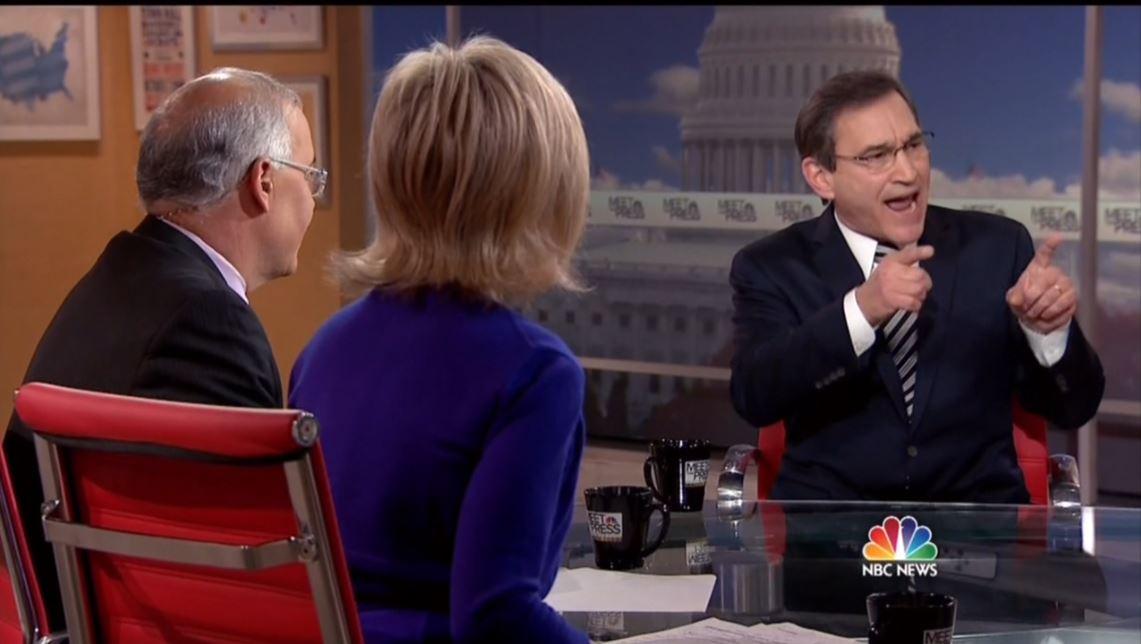 Sparks flew on the set of NBC’s Meet the Press Sunday morning as CNBC’s Rick Santelli accused moderator Chuck Todd of picking sides during the election. The confrontation occurred during a conversation about Russian meddling in the election and claims that intercepted communications showing their glee for Donald Trump’s victory. “To see Russians happy because Trump won: On election night, I never saw you so unhappy. You pick sides. Everybody picks sides,” exclaimed Santelli, literally pointing fingers at Todd.

Both Todd and correspondent Andrea Mitchell immediately went on the defensive. Todd seemed to play dumb asking, “Who picks sides, Rick? Who picks sides, Rick?” Mitchell’s reaction was rather indignant, claiming, “That’s not true Rick. That’s just not true. Let’s get back to the facts here.”

Agreed, let’s get to the facts such as Mitchell’s adoration for Hillary Clinton. Throughout the campaign Mitchell often played defense for Clinton when it came to her foundation, referring to it as merely a “headache.” She was distraught after FBI Director James Comey reopened their investigation into Clinton’s e-mails, and claimed history was “put on hold again” after her loss to Trump. She also seemed to desperately hope Jill Stein’s recount in swing states would turn things around for Clinton.

Todd’s own bias for the Clinton’s is blatantly obvious as well. In mid-October, WikiLeaks released an e-mail which exposed that Todd and his wife hosted a party in honor of Clinton’s communications director, Jennifer Palmieri in 2015. Todd also whined Trump “publicly humiliated” Bill Clinton, before a debate, by holding a press conference with Bill’s alleged sexual assault victims. And when it comes to facts, he rejected that 96 percent political donations from the press went to Clinton.

“What are the facts? We've been seeing entities from -- we were hacking [German Chancellor Angela] Merkel's phone, everybody does it,” Santelli continued. “What made this different is that the Russians weaponized it by transferring it through intermediaries to WikiLeaks,” Mitchell snapped, “They dumped it out. We do it and hold it. They do it and hold it.” In other words, the content stolen was used against her candidate.

Santelli made an interesting point noting the situation with Merkel’s phone, and arguing before the flare-up, “I think that what is going on here is really so politically driven.” Not only do we do hack, but other large hacking attacks have occurred against the federal government directly with little public response.

For instance, during the summer of 2015, it was announced that the federal Office of Personnel Management was hacked by the Chinese government. Personal information was stolen from over 21 million federal workers, both current and former employees.

There was no announced action by the Obama administration and little outcry from the media, at the time, for overt action. ABC’s Jon Karl recently pressured Press Secretary Josh Earnest on the subject but didn’t get a clear answer.

RICK SANTELLI: You know, If Hillary didn't have her email problem and we didn’t go back to 2009 and see is whether it was Lindsay Graham or John McCain make a bigger issue out of all the hacking that was going on. When Target gets hacked I don't hear people saying, “Hey, was it Kohl's? Was it Wal-Mart?” It doesn't matter. There was a hack, you deal with it. I think that what is going on here is really so politically driven. It doesn't matter who did what when. Working with Russia; we work with Iran. Are they our friends? You have to take each situation uniquely.

Listen, the president-elect has a boat load of issues. I agree with the pull of his ego, but I think that the media -- the media in general is just being quite unfair here. 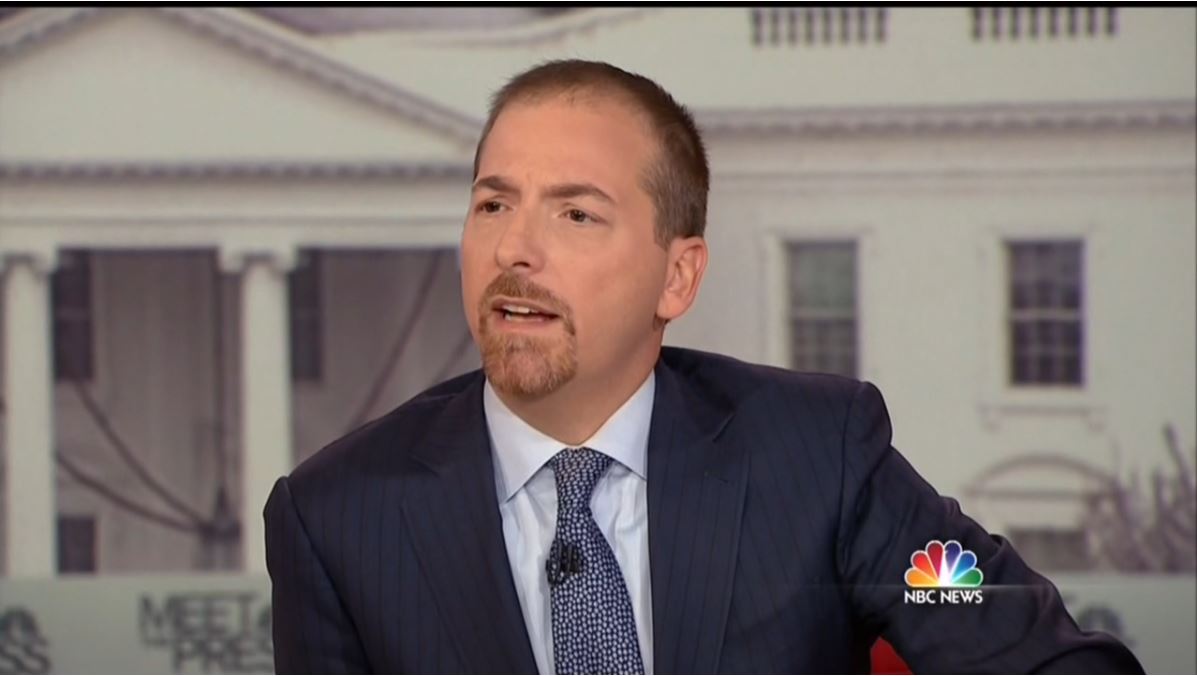 SANTELLI: Why is it a media issue?

TODD: This is the intelligence community.

SANTELLI: Ok, it’s the intelligence. Where was all of this when the DNC was hacked in June? See this wasn’t made an issue because it would have put e-mails and Hillary’s server right in the middle and thick of it. That is why this went under the radar screen. This is all tied together.

DONNA EDWARDS: We have to not conflate the Hillary emails with the –

SANTELLI: Why was this not investigated long ago?

EDWARDS: Let me finish. -- with the Russian interference in this election. I don't agree with Kellyanne Conway. I actually do think that, you know, the Russians got what they wanted. They interfered. They are creating this chaos. We are two weeks outside of an inauguration, and we have chaos around what happened during our election process. So I think that there was success.

SANTELLI: To see Russians happy because Trump won: On election night, I never saw you so unhappy. You pick sides. Everybody picks sides. 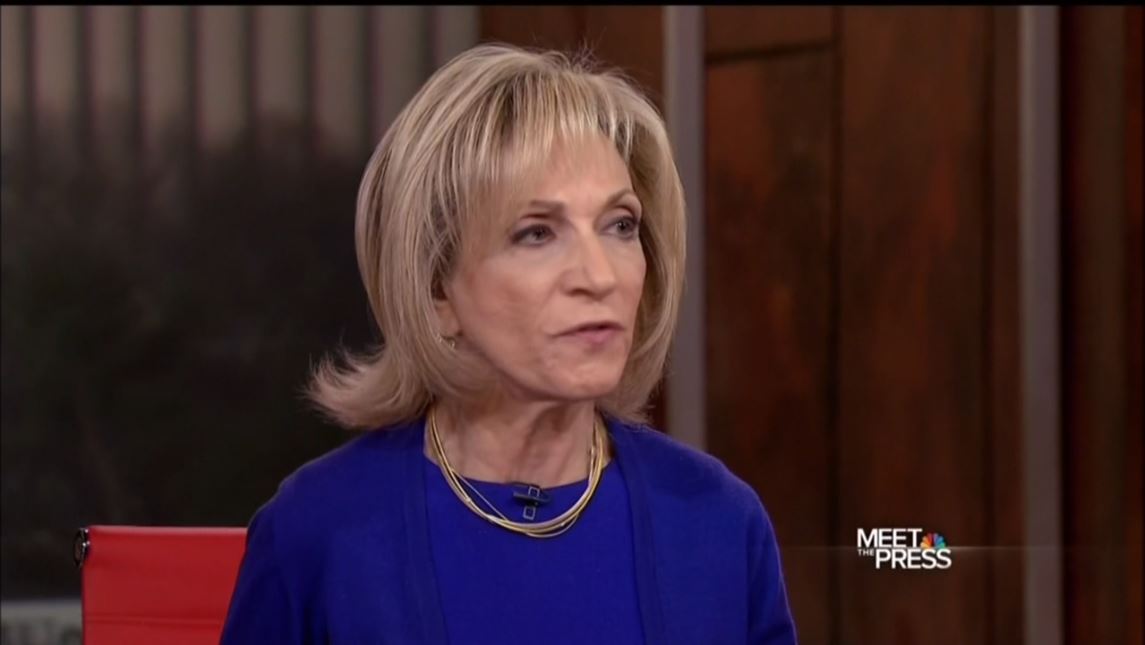 MITCHELL: Let’s get back to the facts here.

SANTELLI: What are the facts? We've been seeing entities from -- we were hacking Merkel's phone, everybody does it.

SANTELLI: How long has WikiLeaks been out?

MITCHELL: Let me finish my sentence. WikiLeaks was out from the end of the summer, and it was being investigated.

SANTELLI: So where were these headlines then? Because see—

MITCHELL:  Whoa, whoa, whoa. There were plenty of headlines and there was no proof of who did it.

SANTELLI: People in charge intelligence are political as well here.