On Tuesday, Ira Madison III, culture writer for MTV News, launched a multi-post rant on Twitter attacking Senator Jeff Sessions during his attorney general confirmation hearing with a racially-charged Tweet about the Alabama Republican's multi-racial granddaughter: "Sessions, sir, kindly return this Asian baby to the Toys 'R' Us you stole her from." Madison added in a later post that the child was a "prop," because supposedly, "There is no reason for that child to be in his lap in a hearing other than to send an 'I'm not racist message' (sic)." 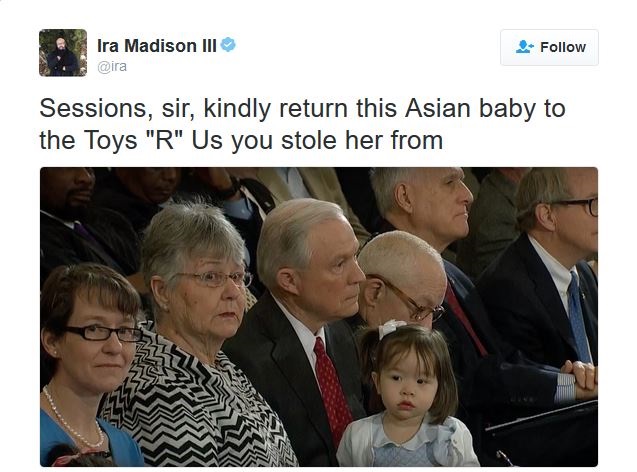 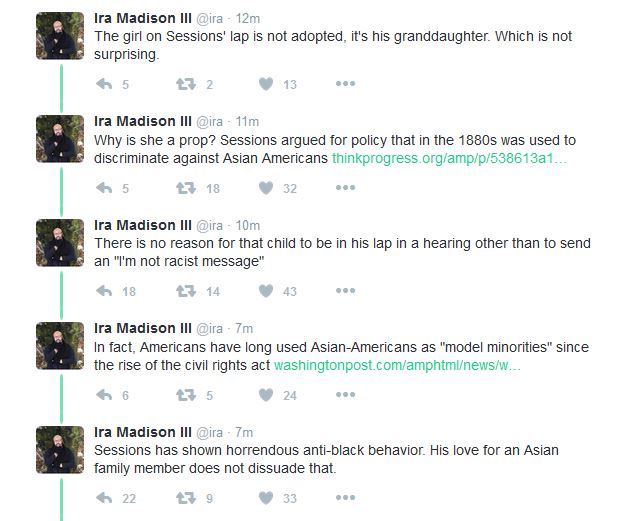 The journalist ultimately deleted the original "Asian baby" Tweet a short time later, after an outcry from other Twitter users — including CNN's Jake Tapper and a Politico correspondent of Asian ethnicity.

Madison then explained away the inflammatory post as an apparent attempt at humor: 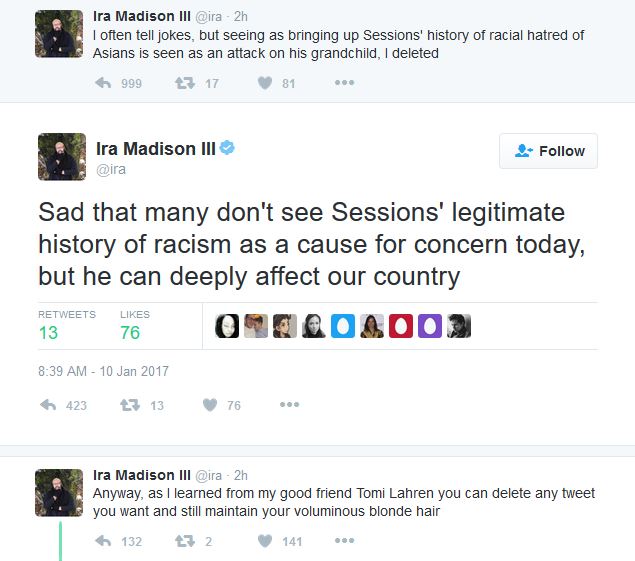 Ironically, as conservative writer Michelle Malkin pointed out, the journalist writes a regular column for MTV News titled "Delete Your Account," which "takes the hot air out of celebrities, the media, and their social media shenanigans."

Back in March 2016, Madison wondered in a Twitter post if Trump supporter Dr. Ben Carson (who is now the President-Elect's nominee for secretary of housing and urban development) is a "house or field" slave. 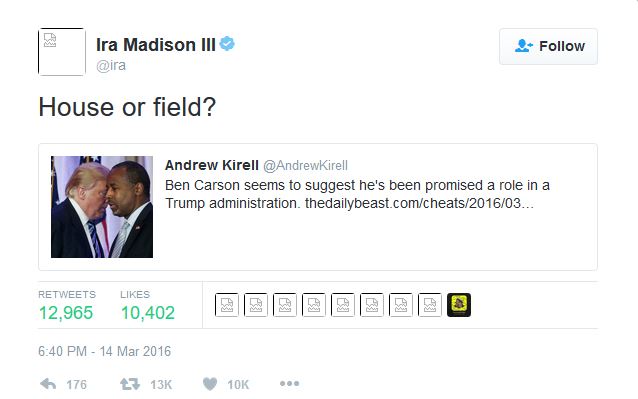 It should be pointed out that MTV News was involved in another racially-charged controversy a month earlier in December 2016. The media outlet released a Twitter video that offered New Year's resolutions to "white guys," such as "Blue Lives Matter isn't a thing" and "learn what mansplaining is and then stop doing it."