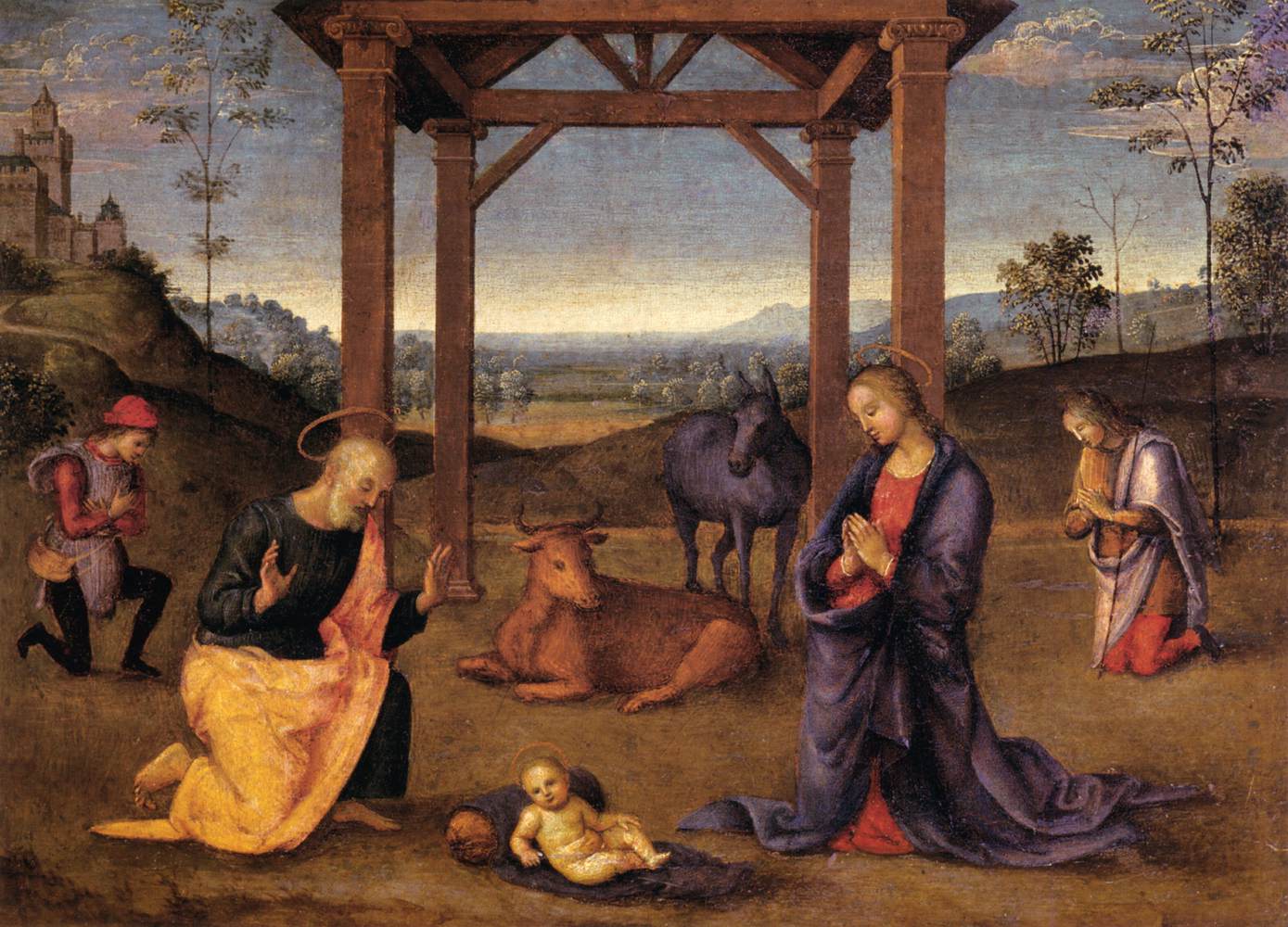 The Washington Post and The Daily Beast targeted the dogma of the virgin birth of Jesus to Mary of Nazareth, mere days before Christmas, the holiday where Christians mark this central tenet of their faith. Ruth Everhart claimed in her December 16, 2016 item for the Post's Acts of Faith site that the Christian churches have turned Mary's story into an "idol of sexual purity." Heterodox scholar Candida Moss followed two days later in a Daily Beast article that hyped the question of whether or not Jesus's mother was actually a virgin.

Everhart, a minister of the Presbyterian Church (U.S.A.), led her piece, "Our culture of purity celebrates the Virgin Mary. As a rape victim, that hurts me," by setting up her theory about the apparent distortion of the Virgin Mary: "Church culture tends to be fixated on sexual purity year-round, but during Advent, I'm tempted to blame it on the Virgin Mary. After all, she set an impossibly high bar. Now the rest of us are stuck trying to be both a virgin and a mother at the same time."

The pastor turned writer continued by revisiting her traumatic experience of being raped at gunpoint and her feeling of "being ruined" by the sexual assault. She emphasized that she wasn't "blaming my sense of ruin on the Virgin Mary, not entirely. Protestants do not claim Mary in the way Catholics do, but every Advent I feel a sense of kinship. I know what it's like to be a good girl whose life got upended by what someone did to her body. Of course, her story plot was good and mine was bad."

Everhart proposed that "Mary is not responsible for what we've done to her story. Church culture has overfocused on virginity and made it into an idol of sexual purity. When it comes to female experience, the church seems compelled to shrink and distort and manipulate." She revealed that her aim as a pastor was to promote the "gospel call for women," which, to her, is "more than being a good girl:"

...For starters, I believe it's impossible to be a good girl — meaning unblemished and pure — and also inhabit a body. It's certainly true if you've been sexually assaulted, and may also be true if you are fortunate to not have been....

I could say more about living in a female body, but it might be helpful if you just checked in with your own body right now....Don't get me wrong — I love having a body. A body is super convenient for getting around in. It is a gift from God.

If you're a woman, it's a complicated gift. But why does Mary's story have to oppress women when it could liberate us? What would it look like if the church celebrated Mary's story as a hymn to the beauty of incarnation? (Admittedly, we Westerners could learn a few things from the Eastern Orthodox traditions.)

The fact that God chose to send Jesus to inhabit a body is powerful. Let's not assume this basic fact. The incarnation is one of the unique aspects of Christianity. Incarnation means that it's not a bad thing to inhabit a body. Even Jesus' body was ushered to earth via a birth canal.

Even with her praise for the "Eastern Orthodox traditions," the pastor glossed over the fact that the Orthodox churches, along with the Catholic Church, have long held a belief in the perpetual virginity of the Blessed Virgin Mary. This means that the Mother of the Incarnate God was a virgin before, during, and after she gave birth to Jesus.

Moss actually referenced the perpetual virginity of Mary in her December 18, 2016 item for The Daily Beast, which originally carried a beyond over-the-top title (which is still visible in its URL): "Did the Virgin Mary Actually Have Sex?" She first zeroed in on secularist contempt for the belief in the virgin birth of Jesus:

...Upon learning that I teach at the University of Notre Dame, almost every atheist I meet will make a crack about Mary's sexual history. It's an interesting phenomenon: People rarely tell me that they think the disciples lied about the Resurrection. But when it comes to the doctrine that Mary conceived the Son of God without having sex, no teaching is as closely protected or as broadly scorned. The idea that Jesus' mother was named Mary is uncontroversial in scholarly circles. But whether or not she was a virgin has been questioned since the second century.

The professor cited the anti-Christian writer Celsus and the Talmud as examples of ancient manuscripts that claimed that Jesus was actually the son of one of the Roman occupiers of the Holy Land. She soon noted that "there were also fierce defenders of Mary's honor," and referenced an "apocryphal text written in the 140s...known as the Infancy Gospel of James." She summarized an account in the "gospel" about how a woman named Salome was punished for doubting the perpetual virginity of Mary. This served as a set up to spotlighting how "real human beings have also paid a price for questioning the details of the nativity story or the status of Mary."

Moss gave an ancient example (Nestorius, whose heresy was condemned by the Council of Ephesus in A.D. 431) and a more recent one of individuals who "paid a price" after offering alternate theories regarding Jesus's birth and Mary's virgin motherhood:

...In an article on the birth of Jesus, Prof. Stephen Carlson tells the story of Francisco Sánchez de las Brozas, a philologist who taught at Spain's University of Salamanca in the 16th century. In 1586, El Brocense, as he was known, was reported to the Inquisition by his students because he argued that Jesus was not born in a stable and that his parents were not rejected by an innkeeper. El Brocense gave a cogent defense of his position and was exonerated, but in his own day the dissemination of his ideas was hindered by the experience.

The Notre Dame professor concluded that Nestorius and Sanchez's experiences "suggest that it comes to Christian theology, as it does with yo’ mamma, Mary is both the most criticized and the most defended."