Student in Custody Targeted 'White Devils': Will the Media Cover? 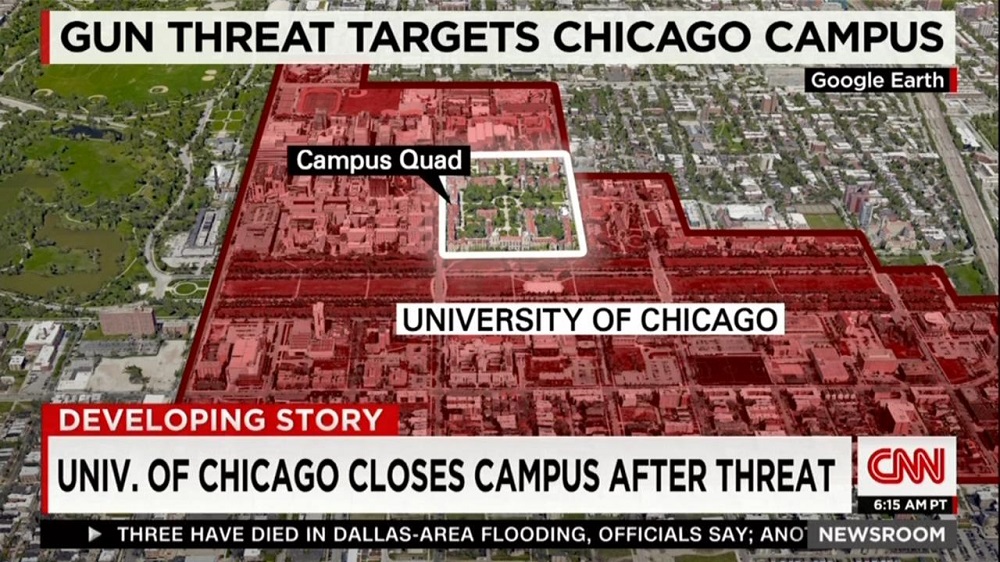 The media has been carrying water for pro-abortion activists since the Friday shooting at a Planned Parenthood in Colorado in trying to hold the pro-life movement/conservatives, along with the Republican Party, responsible for the murders for their "fierce criticism" of the abortionist organization. However, a more recent incident of threatened violence leads one to wonder if the press will advance the same narrative with Black Lives Matter and other "racial justice" activists.

On Monday, Andy Thomason of the Chronicle of Higher Education reported that University of Illinois at Chicago student had been arrested in connection with an online post where the user threatened "to kill 16 white students or staff members in retaliation for the police shooting of...Chicago teenager" Laquan McDonald. Thomason quoted from the Chicago Tribune's reporting on the arrest, and noted that "the University of Chicago canceled classes on Monday after the FBI passed along the threat, which described a detailed plan to 'do my part and rid the world of white devils.'"

Mediaite's Alex Griswold noted in a Monday article that "the commentator threatened to avenge the death of Laquon McDonald, the black man who was shot and killed by a Chicago police officer, sparking protests across the greater Chicago area." Griswold also excerpted the racist screed:

"This is my only warning. At 10 AM Monday morning, I’m going to the campus quad of the University of Chicago. I will be armed with an M-4 carbine and two desert eagles, all fully loaded. I will execute approximately 16 white male students and or staff, which is the same number of time McDonald was killed," he wrote.

"I will then die killing any number of white policeman in the process. This is not a joke. I am [sic] to do my part and rid the world of white devils. I expect you do the same," he continued.

It should be pointed out that violent anti-white rhetoric has certainly appeared in Black Lives Matter protests. Earlier in November, BLM protesters at Dartmouth College stormed the school's library, and shouted down their fellow students: "F*** you, you filthy white f***s!" More infamously, Black Lives Matter activists at the Minnesota State Fair in late August 2015 shouted a chant that threatened the death of police: "Pigs in a blanket. Fry 'em like bacon!" The organizer appeared on MSNBC and claimed that the anti-police slogan was "playful."

One wonders if the media will spotlight such inflammatory rhetoric in their coverage of the arrest of the college student in Chicago.