Politico's "Daily Digest" is an email the blog blasts out in the morning, touting the day's top stories.  As a subscriber, this NewsBuster was struck by the left-friendly lean of five out this morning's six featured stories.

To be sure, "Post-recession income falls" is not good for President Obama, reporting as it does that Americans' incomes have fallen faster during his presidency than they did even in the depths of the recession.  But every other story would surely be welcome at the White House.  Here are the stories, in the order they appear in the email:

"Rove vs. the Koch brothers": An "emerging rivalry between the two deepest-pocketed camps in the conservative movement could undercut their party’s chances of taking the Senate and White House in 2012."  Internecine warfare on the right?  Surely something to warm a liberal's heart!

"POLITICO Primary: Time to vote": the story touts the appeal of a third-party presidential candidacy, and urges readers to vote for their favorite third-party candidate.  Yes, Hillary is on the list.  But in an election cycle that would seem to strongly favor the GOP, a third-party candidacy could be the only thing to save President Obama's bacon.

"Mitt's Mormon issue returns": Story summary: "The Values Voter Summit in Washington this weekend left no doubt about it: The issue is back." So, troubles for the Republican front-runner.

"Pelosi rebuts Cantor on protests":  Story summary: "She pushes back on criticism of Occupy Wall Street."  You go, Nancy!

"NPR prepares for a new reality": A focus on NPR's survival strategies.

So there you have it.  Sure, it's just a snapshot in time, one day's headlines.  But also suggestive of Politico's generally center-left line.

NOTE: Although it wasn't included in the Daily Digest, another Politico story of today is a classic in the liberal-journalism genre.  According to "Alabama illegal immigrants make emergency plans for kids":


"Many parents are responding to the state’s tough new immigration law by seeking legal power of attorney papers so friends and other acquaintances can care for their children if they are kicked out of the country.

“People are scared, and they want to be sure their kids are safe if something happens to them,” said Jazmin Rivera, a social worker at the Hispanic Interest Coalition of Alabama who helps Spanish-speaking immigrants with paperwork.


Don't bother looking for any balance in the story, telling the stories of legal Alabama residents pinched by high taxes and unemployment due in part to the presence of illegal immigrants.  The story did report the comment by an Alabama state senator that "stories of parents signing documents to arrange for care for their children are designed to “pull on heart strings” and make people sympathetic to illegal immigrants."  Of which the Politico story is a perfect example! 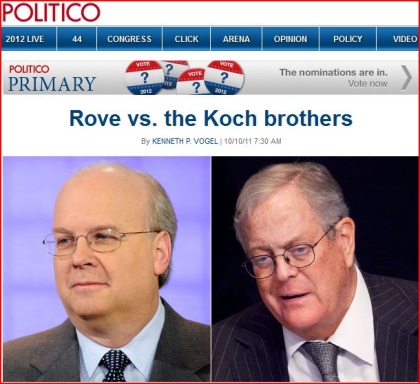