McCain Presses Bloomberg: Why Do Dems Have Problem Calling Out Anti-Semitism From Left? 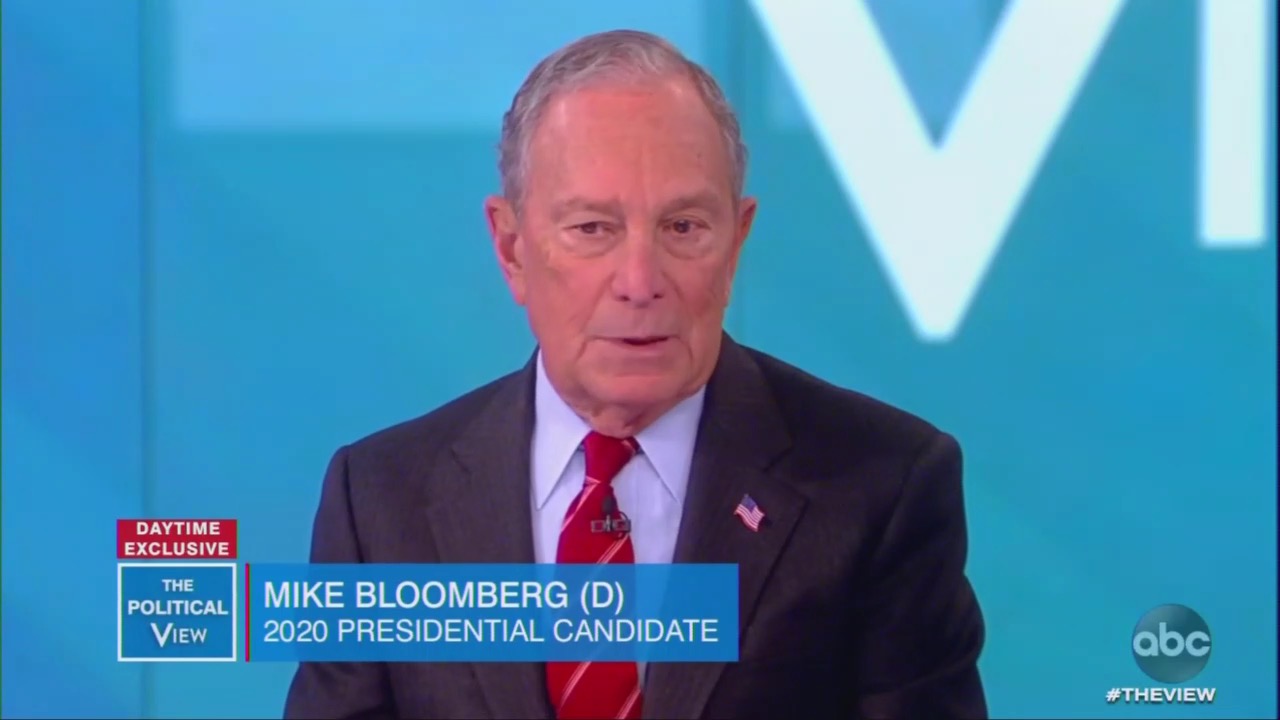 Former New York City Mayor Michael Bloomberg was the latest 2020 Democrat candidate to appear on Wednesday’s The View. The hosts gave him a warm welcome, fawning over his decision to self-fund his campaign and giggling over his strange tweets during last night’s debate. In fact, nearly all the criticism Bloomberg faced from the hosts was about not being liberal enough. Yet co-host Meghan McCain did get one question in about his party’s problem with anti-Semitism.

McCain brought up the series of violent anti-Semitic attacks in New York over the holidays conducted by left-wing radicals. She pressed Bloomberg to explain why Democrats were so reluctant to call out bigotry from their own side:

Mayor, we have seen a number of anti-Semitic attacks recently around the country but specifically here in New York. Over Hanukkah a man with a machete broke into someone's house. You know, you can Google it, it’s horrific. You are Jewish and it's easy to call out -- I think -- white nationalism when you see it and anti-Semitism with someone with a MAGA hat or on the alt-right. But Democrats in my opinion have been a lot more reticent to call it out on their side. As the first Jewish president, what would you do here in New York to help heal, but also in our country nationally? Because again, this is not a partisan issue and for some reason Democrats on the left seem to have a harder time calling it out.

McCain would know. When she condemned anti-Semitic comments made by Rep. Ilhan Omar (D-MN) on past shows, she was ripped by her liberal peers. Those same co-hosts rushed to defend Omar again on another interview with Rep. Dan Crenshaw (R-TX).

Joy Behar was also quick to blame “white nationalists” and President Trump for the anti-Semitic shooting in a New Jersey kosher market which killed four people in December, even though the suspects were from the group the “Black Israelites.”

Bloomberg responded somberly, “I hope that's not true,” adding that there was clearly a problem with anti-Semitism on college campuses:

“Yeah, and a lot of it's on campus which is just an outrage because on campus you would think that people understand, campuses are a place to be inclusive and to let people say what they want to say but not disparage others with anti-Semitic or anti- anything remarks.”

However, like the rest of his party, Bloomberg ignored the statements and actions President Trump has done to combat anti-Semitism. Amidst those attacks in December, Trump signed an executive order designed to combat discrimination against Jews on college campuses. Yet Bloomberg insinuated that Trump had done or said nothing on the matter:

I think it comes from the top. In the end, if the President of the United States said we're not going to tolerate this, stop it, in your family, if your mother or father said that when you were a young kid, you would have stopped it, the mayor, the governor, everybody. We have a responsibility to set the moral tone and to tell people that are doing something wrong to stop it.

Unfortunately that was about as conservative as the questions got. The only other criticism he faced was for not being liberal enough, such as with “stop and frisk” and for not attacking Trump more. Meanwhile, he was praised for banning smoking and sodas in NYC.