Joy Behar Blames NJ Shooting on the Right: Trump Letting 'White Nationalists Out of Their Holes' 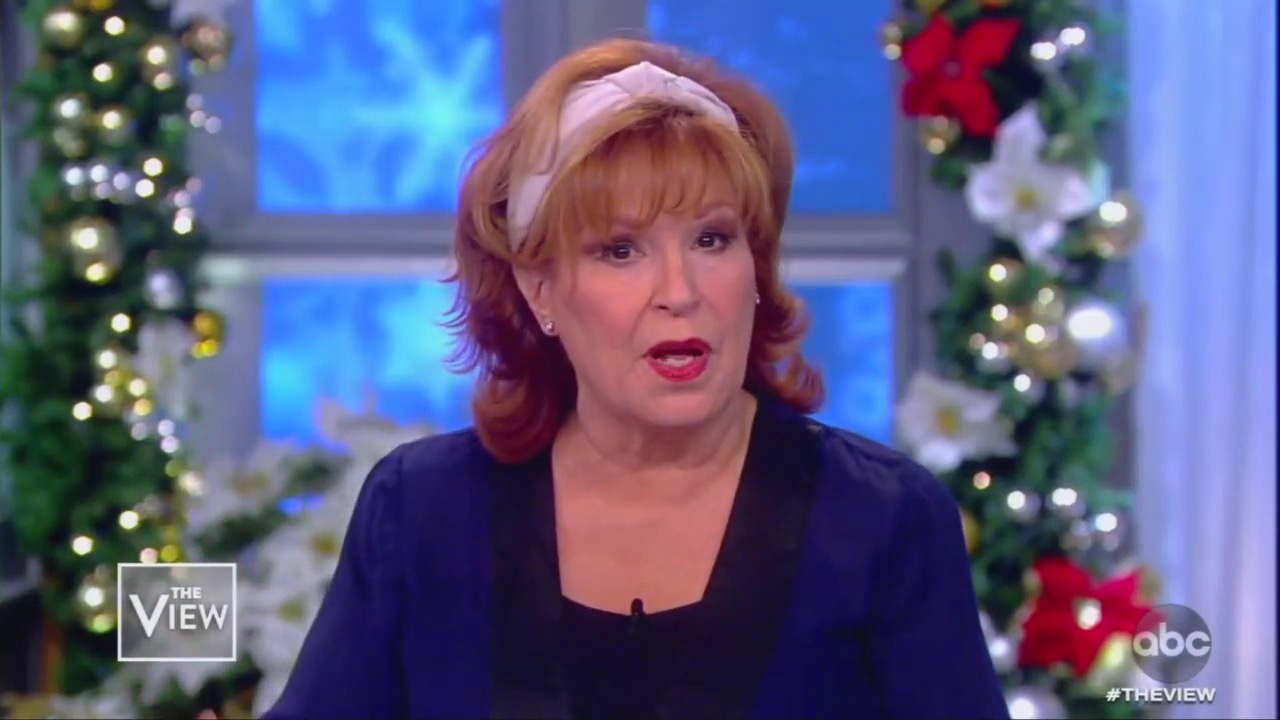 What a bad week for Joy Behar and her hot takes. Wednesday on The View, the co-host rushed to judgement after two people entered a kosher market in Jersey City and began shooting Tuesday, killing three civilians and one police officer. Before the suspects were identified, Behar immediately pinned the blame on the right and “anti-Semitic” President Trump.

While guest co-host Chris Christie was at the table, Behar asked the former governor of New Jersey to comment on the shooting.

“Is it anti-Semitic? What happened?” she asked. As the suspects weren’t identified at that point, Christie noted the mayor of Jersey City suspected the Jewish community was targeted, but law enforcement had not confirmed that yet. Christie added that if it was a hate crime, it was even “more horrific for people to be targeted that way,” and called for prayers for the victims’ families.

After that call for prayer, Behar immediately went to blame Trump and the right.

“Yes. You will concede that the national -- these white nationalists have been let out out of their holes,” she scolded.

Christie didn’t push back against Behar’s unfounded claim but agreed “ethnic and religious bias” had no place in this country. “We need to continue speaking out against it and drown their voices out,” he argued. But Behar couldn’t be appeased. She went on to tie in Trump:

“The liar in chief is the one who spouting all this stuff! He's the one. Well just the other day he used an anti-Semitic trope. Trump did. I mean, he’s the worst one! And he’s at the top!” she ranted angrily.

After spouting this nonsense, the host cut to commercial.

As was reported later that day, the suspects, who were killed by police during the shootout, were actually associated with the “Black Israelites,” an anti-white, anti-Semitic fringe religious group. The shooters also expressed hatred towards law enforcement. This is the same group that hurled racial slurs and other disgusting aspersions on the white, Covington Catholic students last January at the Lincoln Memorial.

Doesn’t really fit the “white nationalist” profile, does it?

Behar wasn't the only Democrat quick to lay blame on the other side. Rep. Rashida Tlaib tweeted Thursday, "white supremacy kills," in reaction to the shooting, before later deleting the tweet.