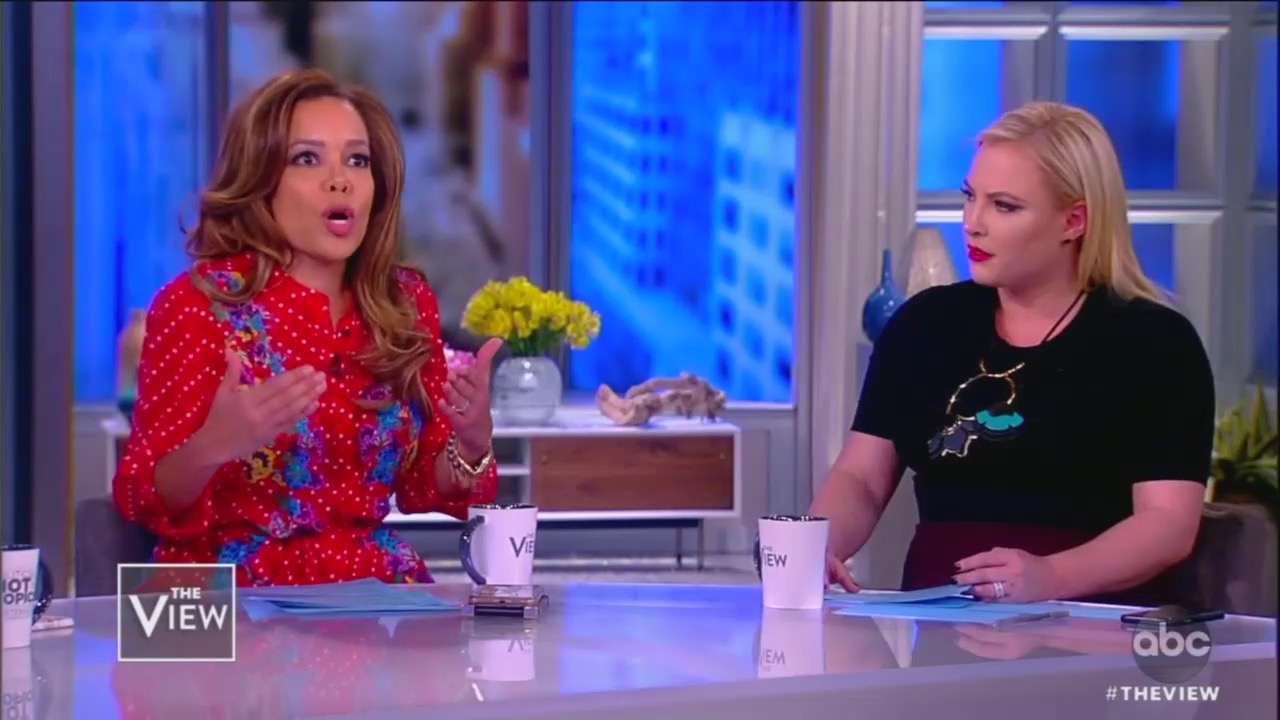 Thursday on The View, the co-hosts got into a heated argument over whether Democrats needed to vote on an anti-Semitism resolution, after Rep. Ilhan Omar got blowback for multiple anti-Semitic statements she’s made recently. A frustrated Sunny Hostin tried to turn the scandal around and blame Republicans for their own bigotry, while Meghan McCain tearfully ranted that she was afraid of what the Democrats’ hesitance on condemning Omar meant for the country.

The other thing, why are they always concentrating on Israel is what I want to know. It's a little tiny part in the world. She's [Omar] from Mogadishu. Does she object to things from there? I'm assuming she does, and Yemen and all the hot spots in the world, and yet this seems to be the focus of a lot of people around the world including the U.K. And here. Israel, Israel, Israel. Why? Why that particular country? It's very suspicious to me.

“Omar has never suggested that Israel does not have the right to exist. So, to me, Republicans are trying to use this as a kind of wedge issue and I really think that this selective outrage is kind of crazy because I don't think that the Republicans have moral high ground here,” she griped, citing a few dubious and debunked examples of anti-Semitism from the right.

Hostin complained that she “took this very personally” because she was black and had a Jewish grandfather so she had a stake in this issue, but that this was clearly a “distraction” set up by Republicans. She added, “So my family members have received a lot of bigotry, so, you know, I've experienced firsthand in my family anti-Semitism and bigotry for being black. So I just -- this whole, you know this whole thing is just a distraction.”

Meghan McCain recited all of the recent anti-Semitic statements from Omar, arguing they were clear “dog whistles” of racism and an “obsession with Jerusalem and Israel.” At that point, Behar tried to bring it back to blaming Republicans.

“You have to admit, Meghan, that it is disingenuous of the Republican party to go after her, her point, when they are backing a president who is in bed with dictators committing human rights violations all over the world!” she exclaimed, as Hostin agreed: “And who traffic in bigotry!”

McCain took Hostin’s tactic up then, saying she was close to a lot of Jewish people and she was scared of what the rise of anti-Semitism in this country was going to unfold:

I take the hate crimes raising in this country incredibly seriously and I think what's happening in Europe is really scary and I'm sorry if I'm getting emotional...On both sides it should be called out...It is very dangerous, very dangerous and we all collectively as Americans on both sides and what Ilhan Omar is saying is very scary to me and a lot of people and I don't think you have to be Jewish to recognize that.

But Hostin wouldn’t be swayed, putting equal blame on Republicans: