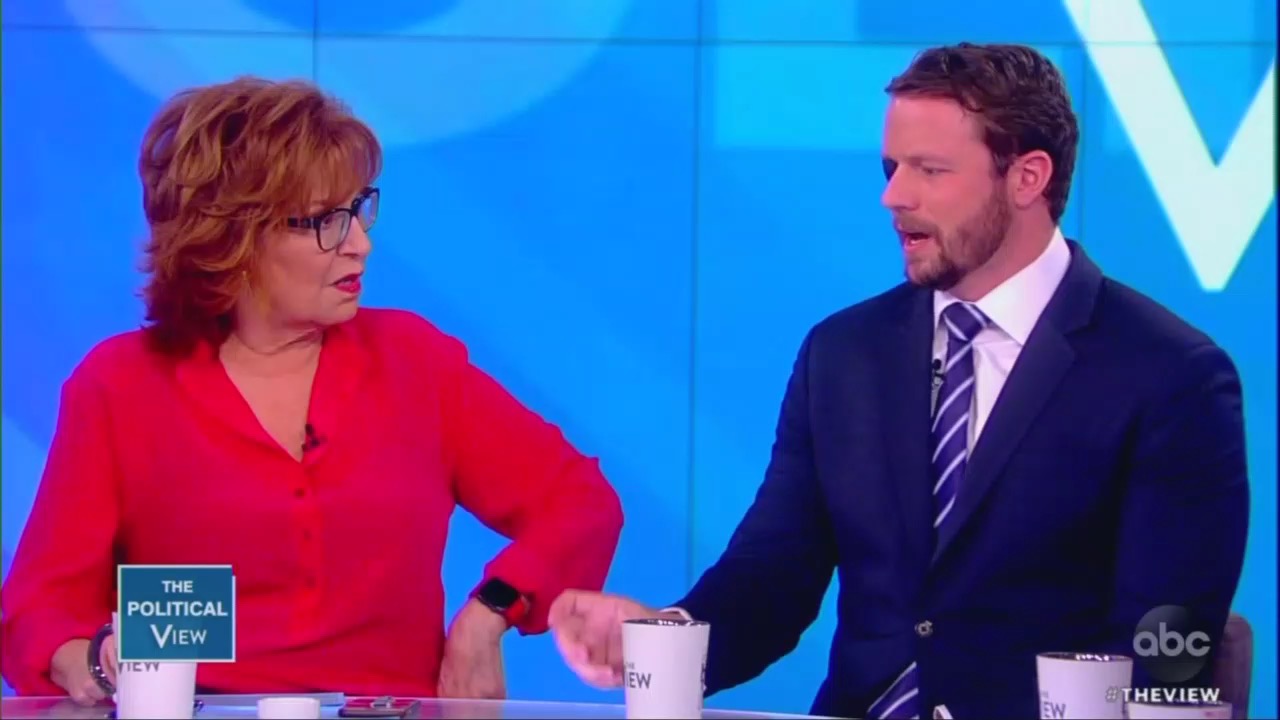 Rep. Dan Crenshaw (R-TX) was on The View Monday where he was mostly grilled from the left on Trump’s relationship with Russia, immigration policies, and his rhetoric. Only one conservative question was allowed for the very end, but regardless, the former Navy SEAL held his own against the very hostile hosts.

After the hosts questioned Crenshaw on how he could support Trump, Sunny Hostin argued with him over a proposal suggesting asylum seekers pay a fee. The Republican pointed out that 80-90% of asylum applications turn out to be fraudulent, a fact Hostin couldn’t abide by. She claimed repeatedly that Crenshaw's numbers had been debunked. However, he actually backed up his argument with DHS statistics.

Finally, the View producers graciously let Meghan McCain get one conservative question in, asking why Democrats were reluctant to call out Rep. Ilhan Omar.

He boiled it down to partisan politics, which he noted also happens with his own party. Before he or McCain could elaborate, Joy Behar jumped in to defend Omar and bring the criticism back to Trump:

CRENSHAW: Well in that same sentence when he said that he also said I'm definitely not referring to white nationalists.

BEHAR: Why do you apologize for him? He’s ridiculous! [rolls eyes]

CRENSHAW: You have to read to exactly what he said.

SUNNY HOSTIN: It was not in the same sentence. It was actually in a statement two days later.

Taking a look at the transcripts of what was said that day nearly two years ago, it’s easy to see that Crenshaw is clearly correct. But Hostin was more concerned about Omar being “taken out of context” than Trump:

“Some would say her [Omar] comments were taken out of context,” she said, bringing the conversation back to the Democrat. Crenshaw shot back that since Omar wasn’t talking about an event other than 9/11, there were no way her words could be “taken out of context.” He added, “I don't think she's apologized either. She doubled down.”

But Hostin tried again, bringing up the left’s comparison to something George W. Bush said, as she started to make a point about Islamophobia. Crenshaw jumped in to cut through the nonsense.

“One of the things we've never had before is a Muslim congresswoman. So her feelings about Israel may not be the same as ours. So we have to listen so we understand why people feel the way they feel,” she started to trail off, admitting that they had to cut to commercial.

Crenshaw started to respond but he was cut off by an apologetic McCain and taken to commercial.