Ten Questions NBC’s Debate Moderators Should Ask the Dems, If They Want to Be Fair and Balanced 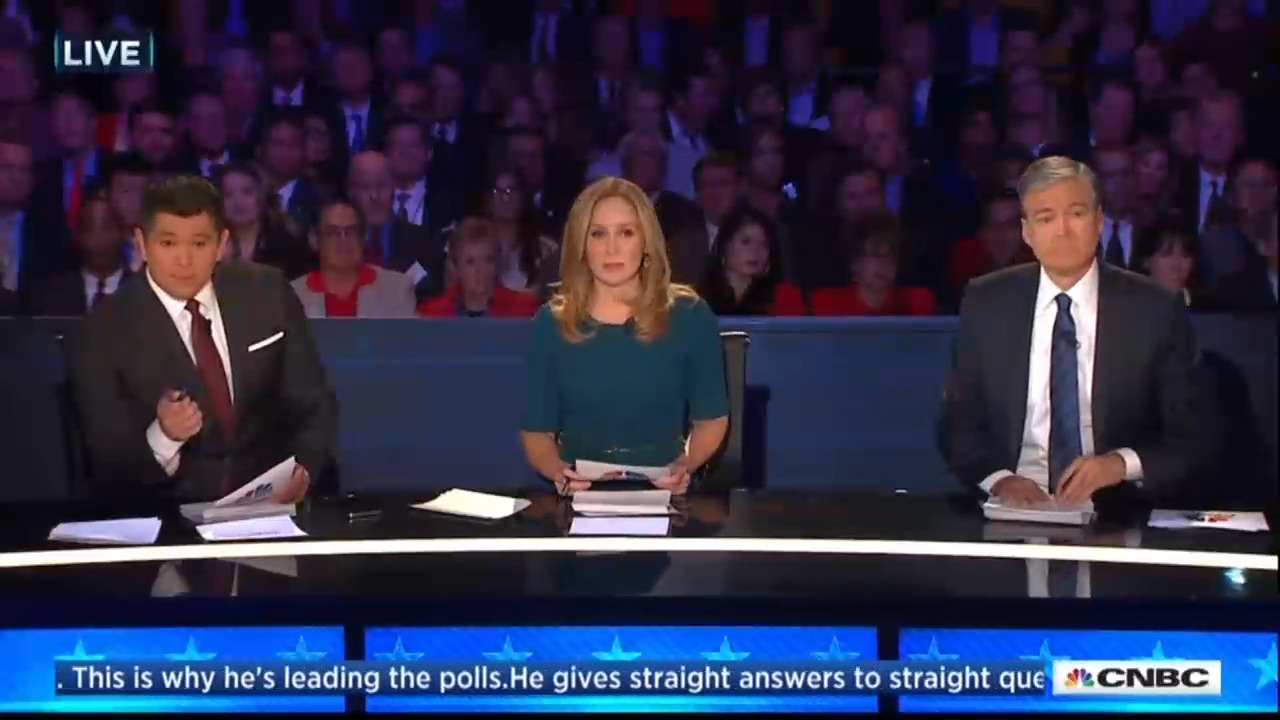 On Wednesday and Thursday NBC, MSNBC, and Telemundo will host the first Democratic primary debates. If they are to match what their colleagues did with Republican candidates in 2015, they should ask questions designed to humiliate, badger and paint them as not ready for prime time, cartoonish, out-of-touch extremists.

NBC/MSNBC/Telemundo did not host a GOP debate in 2015, so we looked at the October 28, 2015 CNBC debate (both the prime time event and the early evening undercard forum). All four networks are owned by NBCUniversal, and their correspondents often appear on their sister networks' news programs.

Our review shows the moderators led by CNBC White House correspondent John Harwood – set out to trip up the candidates with policy questions that came from the left and even personal shots meant to embarrass them before a national audience.

If fairness matters, then this time around the debate moderators should not ask the Democrats to evaluate or criticize the incumbent Trump administration, since in 2015 the Republicans were never invited to evaluate or criticize the incumbent Obama administration. Instead, most of the questions should be about the shortcomings of the current Democratic field, matching the agenda of the 2015 debate in which the candidates were mostly asked to react to criticism of themselves and their colleagues.

MRC’s Bill D’Agostino has compiled many of these examples from the 2015 CNBC debate:

To help facilitate a fair and unbiased debate, we at NewsBusters have come up with some questions – based off the actual queries from the 2015 CNBC debates – that debate moderators Lester Holt, Savannah Guthrie, Chuck Todd, Rachel Maddow and Jose Diaz-Balart are welcome to use.

Listed below are questions actually asked by CNBC’s 2015 Republican debate moderators followed (in italics) by questions NBC’s panel of questioners should ask the 2020 Democratic primary field – if they have any interest an even playing field. 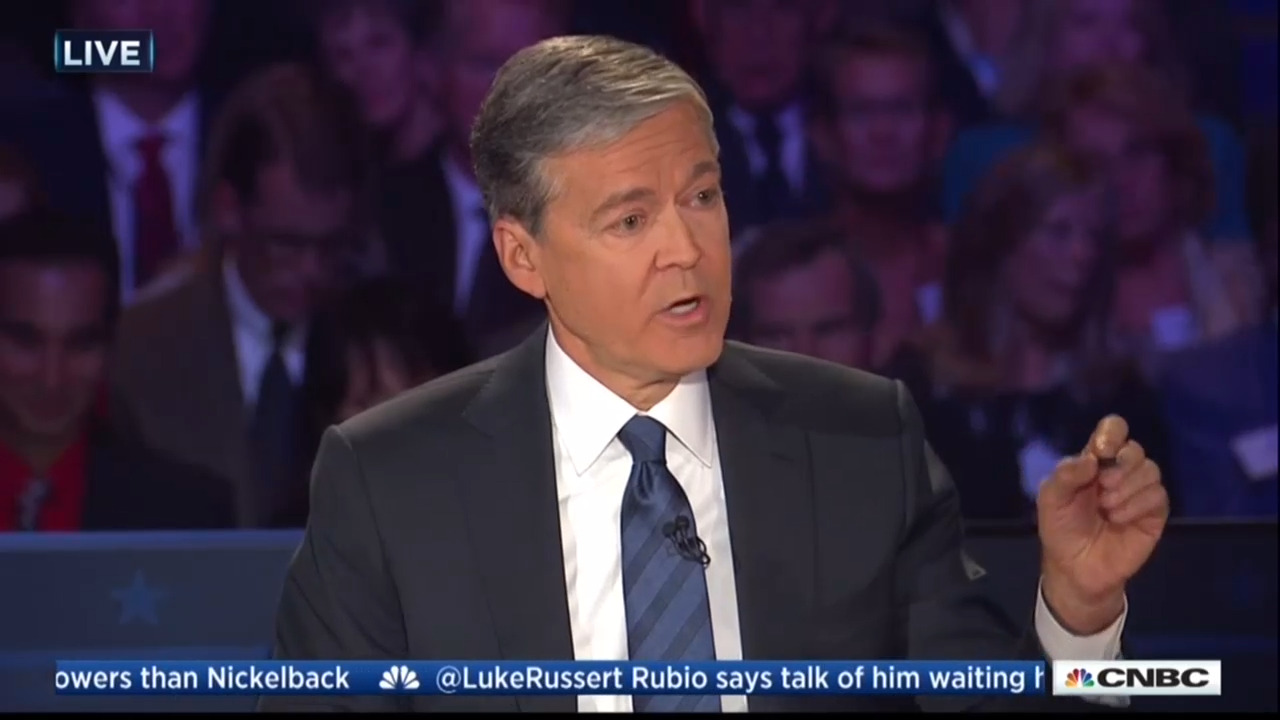 “Mr. Trump, you’ve done very well in this campaign so far by promising to....make Americans better off because your greatness would replace the stupidity and incompetence of others....Let’s be honest. Is this a comic book version of a presidential campaign?”

“Mr. Biden, you’ve developed a reputation as a gaffe machine and serial groper of women. Last week, you touted your ability to work with two notorious segregationist Democratic senators. You’ve also pledged to cure cancer if elected, something that no responsible person should promise. Let’s be honest: Is this a comic book version of a presidential campaign?”

“Senator Warren, you’ve become a punchline for falsely claiming you were of Native American descent. Some have even called you Fauxcahontas and compared you to Rachel Dolezal. Let’s be honest: Is this a comic book version of a presidential campaign?”

“Mr. Booker, you have repeatedly claimed to have had a childhood friendship with somebody you called ‘T-Bone,’ yet nobody has been able to prove this person actually existed. Why did you make up an imaginary friend? Let’s be honest: Is this a comic book version of a presidential campaign?”

“I talked to economic advisers who have served presidents of both parties. They said that you have as much chance of cutting taxes that much without increasing the deficit as you would of flying away from that podium by flapping your arms?”

“Mr. Sanders, you’ve promised both free healthcare and free college. Don’t you have as much chance of increasing spending that much without either massive tax increases or massively increasing the deficit as you would of flying away from that podium by flapping your arms?” 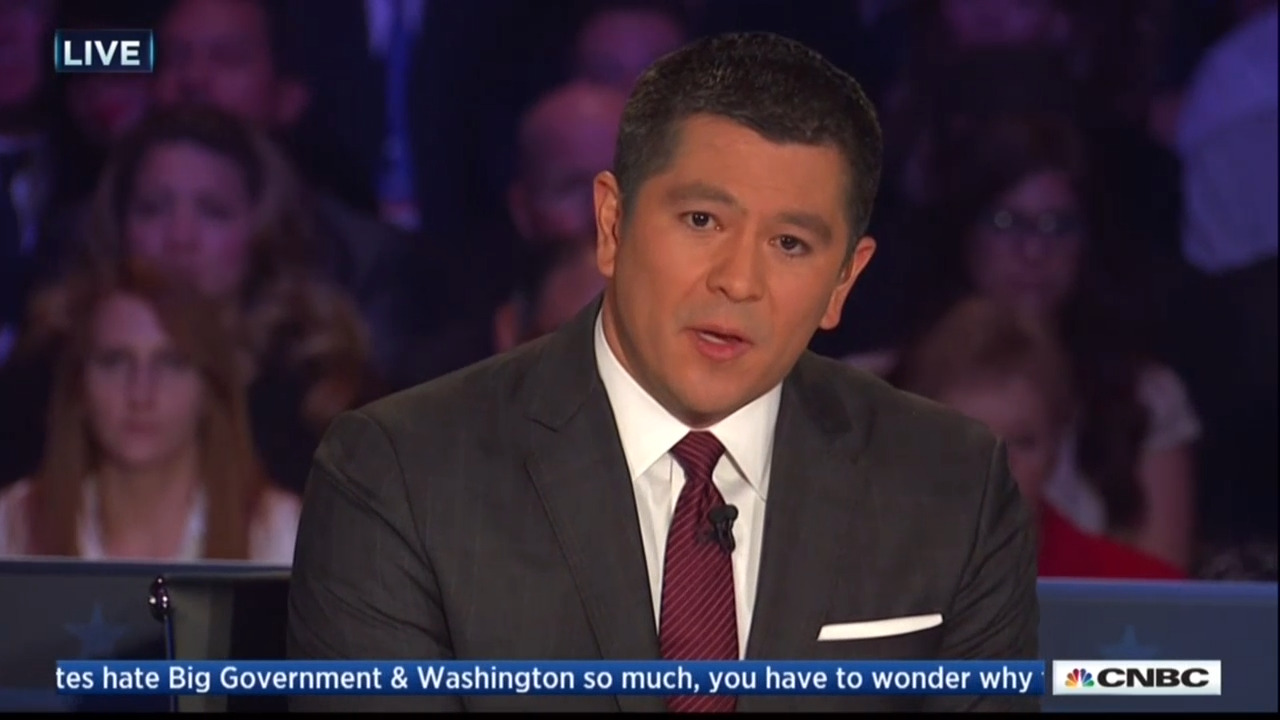 “This one is for Senator Rubio. You’ve been a young man in a hurry ever since you won your first election in your 20s....You’re skipping more votes than any senator to run for president. Why not slow down, get a few more things done first or at least finish what you start?”

To Beto O’Rourke and Pete Buttigieg:

“This one is for Congressman O’Rourke and Mayor Buttigieg. You’ve been young men in a hurry ever since you won your first elections. Why not slow down, get a few more things done first or at least finish what you start?”

“Mr. Trump, let’s talk a little bit about bankruptcies. Your Atlantic City casinos filed for bankruptcy four times. In fact, Fitch, the ratings agency, even said that they were serial filers for all of this....The bondholders, some of the contractors who worked for you, didn’t fare so well. Bankruptcy is a broken promise. Why should the voters believe the promises that you’re telling them right now?”

“Mr. Biden, you say you are a devout Catholic and for more than 40 years supported the Hyde Amendment, which prohibits the use of federal funds to pay for abortions. After being criticized by your rivals, you almost immediately dropped your support for the Hyde Amendment. What other long-standing positions are you willing to discard in the face of left-wing criticism, and if you are so willing to flip-flop, why should voters believe any of the promises that you're telling them right now? 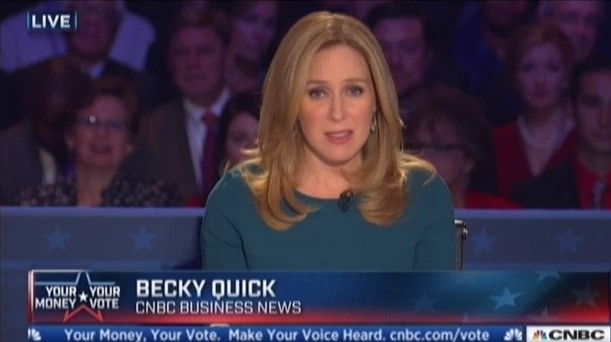 “Let’s talk about taxes. You have a flat tax plan of 10 percent flat taxes, and – I’ve looked at it – and this is something that is very appealing to a lot of voters, but I’ve had a really tough time trying to make the math work on this. If you were to took a 10 percent tax, with the numbers right now in total personal income, you’re gonna come in with bring in $1.5 trillion. That is less than half of what we bring in right now. And by the way, it’s gonna leave us in a $2 trillion hole. So what analysis got you to the point where you think this will work?”

“Senator Warren, let’s talk about taxes. You have a wealth-tax on households worth more than $50 million, a surtax on billionaires and a corporate profits tax on companies that earn $100 million or more annually. You claim that it would bring in $3.75 trillion over 10 years. You have also promised Medicare-for-all, free college, universal child care and a Green Marshall Plan. The Washington Post has called your tax plan ‘a dusty old policy idea that has failed almost everywhere it has been tried.’  Some estimates say your tax plan would generate less than half the revenue you expect, and cost 454,000 jobs. What analysis got you to the point where you think this will work?”

“Senator Rubio, you yourself have said that you’ve had issues. You have a lack of bookkeeping skills. You accidentally inter-mingled campaign money with your personal money. You faced foreclosure on a second home that you bought....In terms of all of that, it raises the question whether you have the maturity and wisdom to lead this $17 trillion economy?”

“You have a lack of good office management and people skills. The New York Times, BuzzFeed and HuffPost have all reported that you demeaned and berated your staff to the point of humiliation including allegations of you throwing objects – including binders – at staff members. In terms of all of that, it raises the question whether you have the maturity and wisdom to lead this $17 trillion economy?” 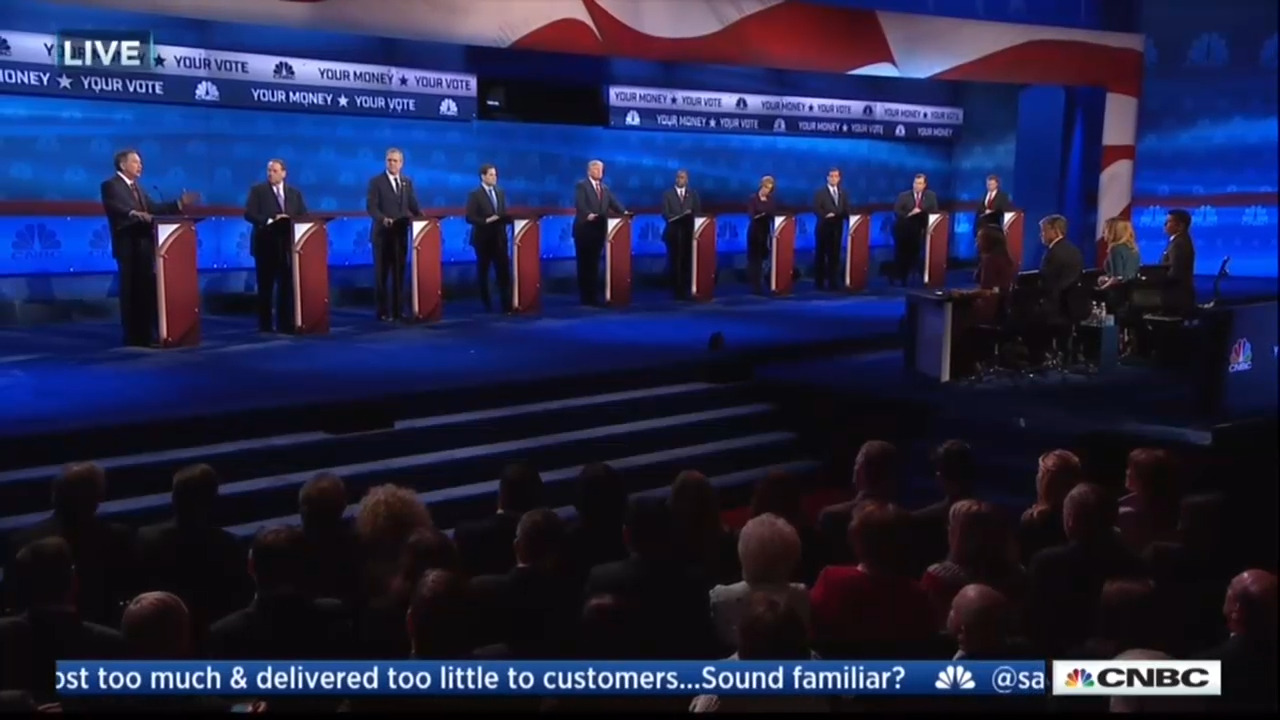 “Senator Graham, you have said you believe that climate change is real. You’ve said you accept tax increases as part of a budget deal with Democrats. You’ve co-sponsored a Senate immigration bill providing a path to citizenship for those in the country illegally. Are you in the wrong party’s debate?”

“When you told the California state Democratic Party convention recently that ‘socialism is not the answer,’ you were loudly booed. Are you in the wrong party’s debate?”

“The leading Republican candidate – when you look at the average national polls right now – is Donald Trump. When you look at him, do you see someone him with the moral authority to unite the country?”

To every candidate not named Biden:

“The leading Democratic candidate – when you look at the average national polls right now – is Joe Biden, an accused groper of women. Over the years, he has had to apologize for a myriad of offensive comments. He had to abandon his first presidential campaign amid evidence of plagiarism and intellectual dishonesty. When you look at him, do you see someone with the moral authority to unite the country?”