Morning, Evening Nets Spend Over 101 Minutes on Smollett Claims Before They Fell Apart 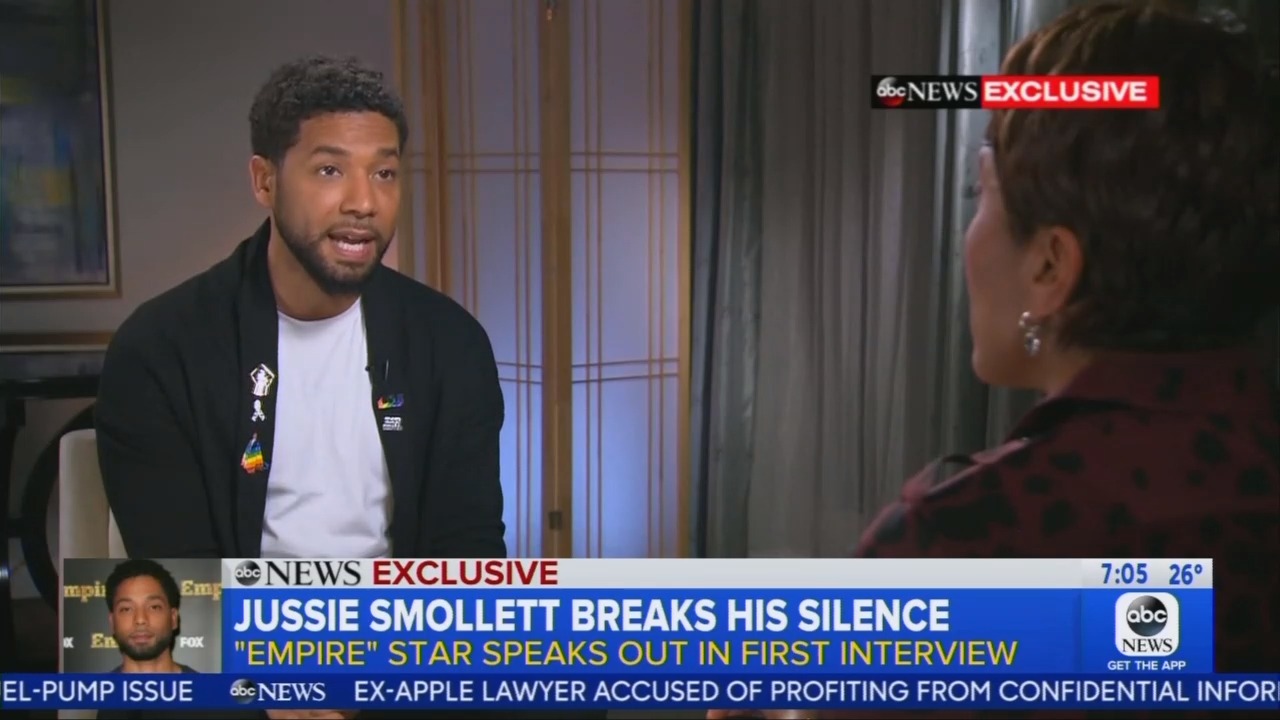 Starting late Thursday night, reports began trickling out that Empire star Jussie Smollett’s harrowing story of being beaten, blasted with bleach, endured homophobic slurs, and taunted about being in “MAGA country” while a rope was tied around his neck was losing credibility. By Saturday, multiple outlets reported that, citing law enforcement sources, Smollett paid two men to stage the incident with him.

In the lead-up to this stunning conclusion, the flagship morning and evening broadcast network newscasts spent 101 minutes and 22 seconds helping to spin Smollett’s original claims from the first newscasts on the night of January 29 after the story broke through the February 14 evening newscasts (excluding teases).

ABC’s behavior was particularly pitiful. Between Good Morning America and World News Tonight, the Disney-owned network was responsible for 52 minutes and 38 seconds of sympathetic coverage. As my colleague Nicholas Fondacaro and Kristine Marsh have reported, Good Morning America co-host Robin Roberts gave Smollett a soft platform to spin his tall tale less than 24 hours before it was blown to pieces.

Perhaps most telling about Roberts’s shameful disregard for journalistic ethics was how, on Thursday’s Good Morning America, she never once used the word “alleged” (or a variation of it) when talking about the supposed incident. In other words, ABC and Roberts have some explaining to do.

When broken down by newscast, Good Morning America dedicated 37 minutes and five seconds to Smollett with a total of 15 minutes and 33 seconds over on World News Tonight between January 29 and February 14.

NBC News came in second with 34 minutes and 57 seconds between the first three hours of Today (20 minutes and 55 seconds) and NBC Nightly News (14 minutes and two seconds). And as Fondacaro discovered, the February 13 and 14 editions of NBC Nightly News began to at least hint at problems with Smollett’s story while ABC was giving Smollett a boost.

Concerning length of time spent on the Smollett saga, CBS This Morning and the CBS Evening News showed admirable restraint with a combined 13 minutes and 47 seconds. 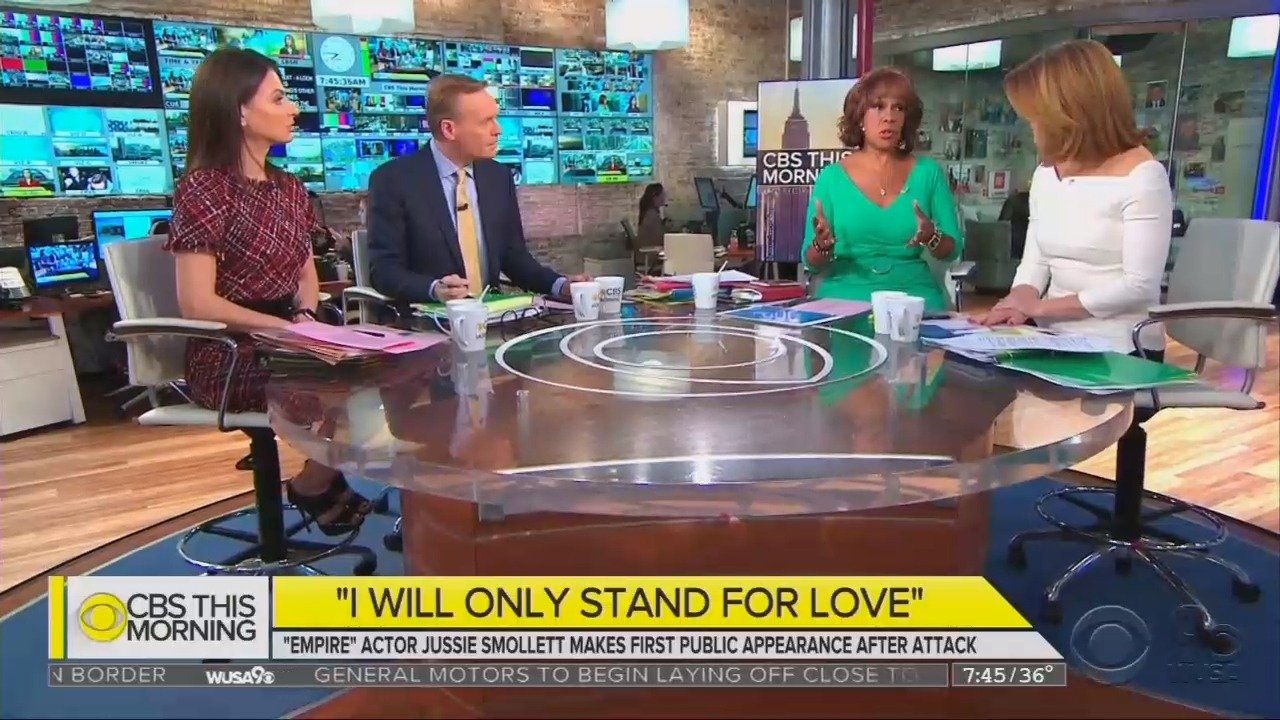 But after separating out the two newscasts, the picture becomes even more stark as CBS This Morning was responsible for nine minutes and 38 seconds of that total, leaving just four minutes and nine seconds for the nighttime show anchored by Jeff Glor.

However, the CBS coverage showed another ethical blindspot on the part of CBS This Morning co-host Gayle King, who decided on February 4 that she would speak out in defense of Smollett:

KING: I know there are a lot of questions in this case, but I know Jussie Smollett is a really, really good guy. I want justice to be served in this case. You know, the investigation is underway. I'm glad he's all right. Really glad he's okay.

NORAH O’DONNELL: And everybody cooperate with the police —

KING: And the police say he — he’s cooperating with — in every step of this investigation.

Yikes. It’s probably safe to opine that journalists should exactly be calling balls and strikes on a story based on whether they personally think someone is a “good” or “bad” guy.

While CNN’s Brian Stelter asserted Saturday night (here and here) that the media coverage of Smollett should be applauded and not be seen as a subplot of this fiasco, numbers such as this one for the breathless coverage (at least on the part of ABC and NBC) suggest otherwise.

In reality, the press served as co-passengers in a story with a number of intoxicating facets for the press to hype (ex. an LGBT Hollywood star, late-night in a major U.S. city, and a claim it was likely done by Trump supporters).

Instead, the Jussie Smollett story will likely go down alongside the Duke Lacrosse and University of Virginia fraternity stories in doing real, lasting damage to actual victims of heinous crimes.