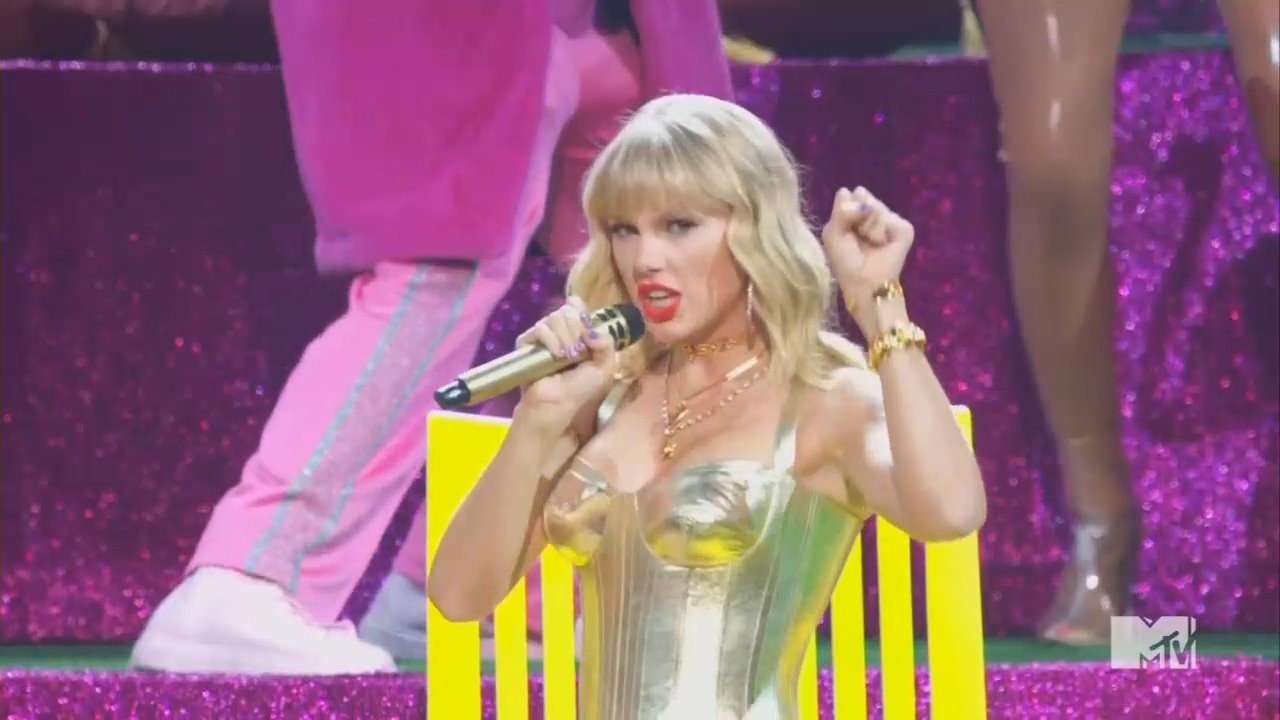 On MTV’s Video Music Awards on August 25, Taylor Swift won the Video of the Year award for her latest song “You Need to Calm Down.” It’s a song that trashes anyone still dissenting from the LGBTQ agenda, begging them to “control your urges to scream about all the people you hate / 'Cause shade never made anybody less gay.”

The network news shows gushed over her leftist activism and the “Taylor Effect” they expect it to provide. ABC’s George Stephanopoulos added “she’s doing it the way she does her music...with intent and intelligence.”

What is Swift’s political agenda here? She’s pushing a bill called the “Equality Act,” sponsored by gay Congressman David Cicilline and Sen. Jeff Merkley. As she sang her song about the haters, MTV put the words "EQUALITY ACT" in huge bold letters above her.

Swift lobbied her MTV fans in her acceptance speech. "You voting for this video means that you want a world where we are all treated equally under the law regardless of who we love or how we identify," she assured, and they fawned all over her.

In her Change.org petition, which she boasted to the crowd has more than a half-million signatures, Swift argued “Our country’s lack of protection for its own citizens ensures that LGBTQ people must live in fear that their lives could be turned upside down by an employer or landlord who is homophobic or transphobic. The fact that, legally, some people are completely at the mercy of the hatred and bigotry of others is disgusting and unacceptable.”

That’s flat-out wrong. The so-called “Equality Act” enables anti-religious hatred and bigotry. The law would insert “sexual orientation and gender identity” into the Civil Rights Act and expand the definition of “public accommodations.” The Bill amends “stadium” and adds “stadium or other place of or establishment that provides exhibition, entertainment, recreation, exercise, amusement, public gathering, or public display.”

The bill explicitly sets out to guarantee religion cannot be used as a defense: “The Religious Freedom Restoration Act of 1993... shall not provide a claim concerning, or a defense to a claim under, a covered title, or provide a basis for challenging the application or enforcement of a covered title.”.

The LGBTQ orthodoxy shreds dissent. There is no debate allowed. There are “allies” like Taylor Swift, and there are “hateful” people who must be punished. This oppressive regime started in Hollywood, and aspires to end in every corner where people still cling to their Bibles and their guns -- their other cause.