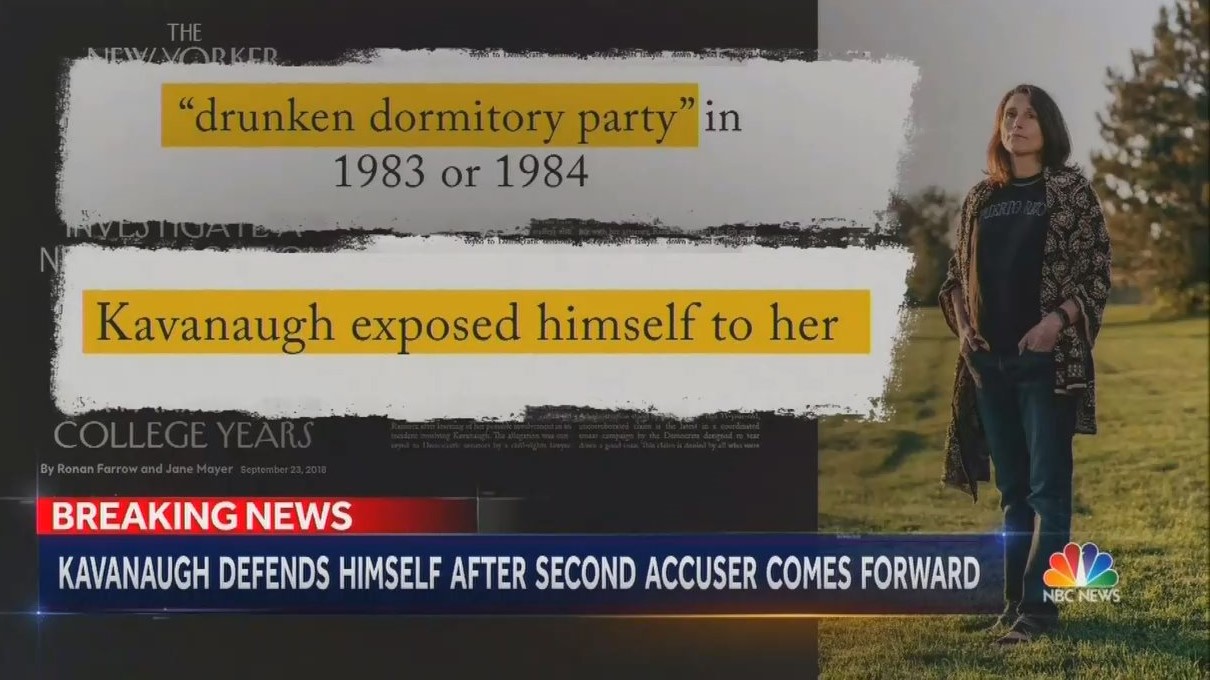 Washington Post media reporter Paul Farhi wrote a September 25 article on liberal media bias headlined “Kavanaugh supporters see a conspiracy afoot.” The Post painted this as a little crazy, like a UFO was involved. Can anyone imagine the idea of the Democrats and liberal reporters working hand in glove to torpedo a Republican nomination?

Maybe we can remember Robert Bork and then Douglas Ginsburg in 1987, John Tower in 1989, or Clarence Thomas in 1991. Maybe we can recall John Ashcroft being tarred as a racist in 2001. In these cases and many others, “objective” reporters lined up and repeated the Democrat talking points as the “news” and often succeeded in wrecking nominations.

Farhi lined up the deniers. “We aren’t colluding with anyone about anything, including the Kavanaugh nomination,” said Martin Baron, executive editor of the Post. “The conspiracy theories are pure nonsense and completely false.”

Pure nonsense? The Post quotes anonymous sources multiple times a day, so how would anyone be able to piece together and figure out the entire collusion experience? The Post claims on the front page every day that “Democracy Dies In Darkness,” and they disdain “dark money” in political campaigns. But they love “dark sources” spicing up their incessant attacks on the Trump administration.

No one should believe any of these collusion deniers. No media outlet perpetuating this Kavanaugh-crushing conspiracy is nonpartisan, or disinterested. They are on a witch hunt.

Christine Blasey Ford contacted the tip line at The Washington Post in July because she knew who would be eager to cooperate. She couldn’t nail down a time or a place for this alleged incident, but the Post published it anyway on September 16 with maximum sympathy for the accuser: “Since Wednesday, she has watched as that bare-bones version of her story became public without her name or her consent.” Who brought that raw allegation to the surface, if not a media-Democrat campaign?

The Post could only relate that Ford alleged, that she was “corralled” by Kavanaugh into a bedroom “one summer in the early 1980s....at a house in Montgomery County.” How on Earth is this enough detail to publish? It wasn’t.

But that wasn’t as ridiculous as Deborah Ramirez in The New Yorker, accusing Kavanaugh of exposing his penis to her at a college party, and then laughing at her anguish. They printed this, even as they noted this tale emerged after Ramirez spent six days checking with other people to see if she could convince herself this really happened. Like Ford, she had no witnesses to back her up.

Publishing this gossip is what Mayer calls “tough on all sides.”

Even as the newspapers and the networks acknowledged this story was unproven junk, they kept reporting it and talking about it, speculating about all the political fallout.  Worst of all, they asserted that all this unproven junk would put an “asterisk” on Kavanaugh’s record.  Only if the asterisk led to this explanation: “During his confirmation, liberals shoved aside all their principles about due process and proving a story before printing it.”