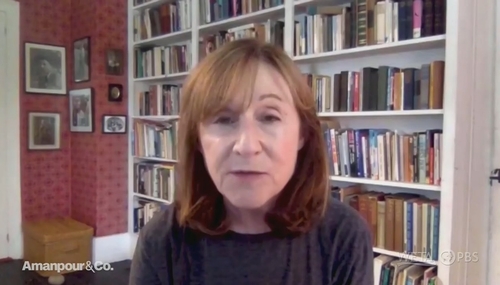 The New Yorker's Jane Mayer is an unserious person pretending to be the opposite. She proved that on Thursday’s edition of PBS’s Amanpour and Company where she declared that legislators legislating is tantamount to “torching democracy.” 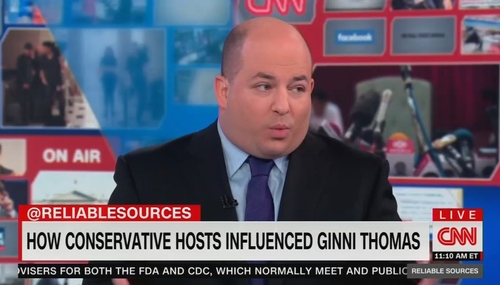 On CNN's Reliable Sources, host Brian Stelter got an unwelcome surprise when his guest CNN commentator and host S.E. Cupp brought up Hunter Biden's laptop when replying to Stelter complaining that Ginni Thomas's text messages didn't get enough news coverage. Stelter was clearly thrown off guard by Cupp's mention of the laptop controversy. 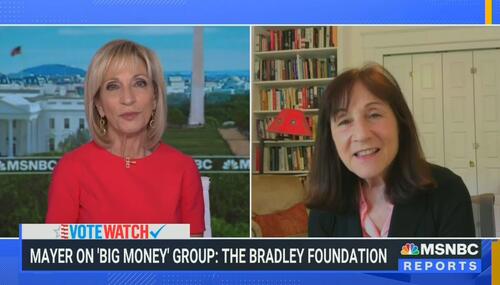 Conservative groups trying to ensure reasonable safeguards against voter fraud like requiring voter ID are painted as "vote suppression" villains. On Monday's Andrea Mitchell Reports, the host touted "celebrated reporter" Jane Mayer of The New Yorker attacking the Bradley Foundation and their grantees like the Heritage Foundation for "trying to suppress the vote." 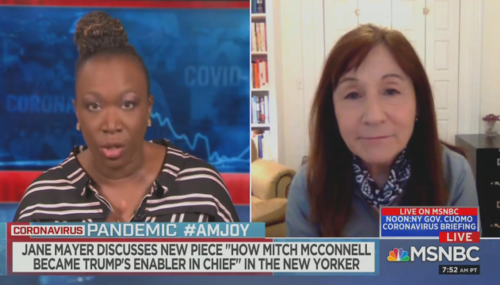 Mark Finkelstein
April 19th, 2020 3:01 PM
Joy Reid's show on MSNBC provides a virtual parody of liberal-elite condescension to Trump supporters. Reid found it "confusing" that Trump's populist base supports him despite supposedly not "getting anything economically out of this plutocracy." The New Yorker's Jane Mayer explained to Reid that Trump's "racist and anger-laced" rhetoric "excites the lower-educated part of his base, the white-… 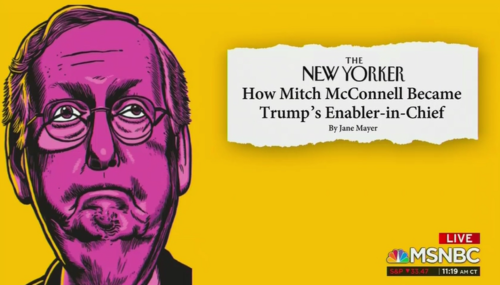 Alex Christy
April 14th, 2020 4:10 PM
When the media is not blaming President Trump for all that is not well in the world, they are blaming Senate Majority Leader Mitch McConnell. On her Monday MSNBC show, Andrea Mitchell brought on leftist New Yorker scribe Jane Mayer and the two lamented how, unlike Nancy Pelosi, McConnell has responded to the COVID-19 panic with a lack of seriousness.

Alex Christy
August 23rd, 2019 7:25 PM
The passing of free market and libertarian activist David Koch on Friday was met by much of the media with a dignified reaction that highlighted Koch's politics, but without portraying him as the cause of all that is wrong with the contemporary political climate. MSNBC Live guest host Chris Jansing took a different route, instead choosing to label the "Billionaire conservative donor" Koch "as one… 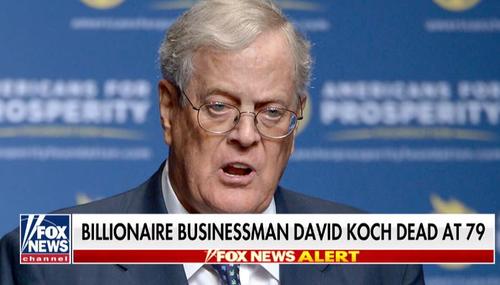 Clay Waters
August 23rd, 2019 2:25 PM
David Koch, the foremost of the businessmen, philanthropists, and libertarian activists known colloquially as the “Koch Brothers,” has died at 79. The New York Times marked his passing Friday by posting an obituary by Robert McFadden: “David Koch, Industrialist Who Fueled Right-Wing Movement, Dies at 79." The paper has long had a virulent hostility to the Kochs libertarian activism, and McFadden’… 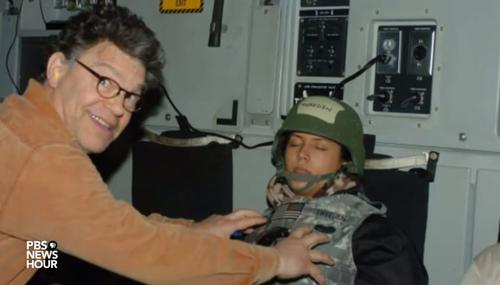 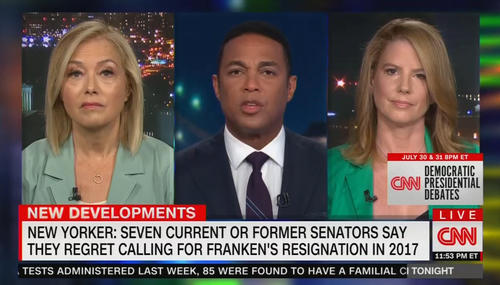 Alex Christy
July 23rd, 2019 5:04 PM
On Monday's CNN Tonight, host Don Lemon brought on two liberal guests, Hilary Rosen and Kirsten Powers, to talk about Franken and whether or not he got "railroaded," and didn't get due process. Lemon kept asking if Democrats "jumped the gun" and play by an "outdated set of rules" while Republicans won't pressure Trump to resign for sexual harassment charges.