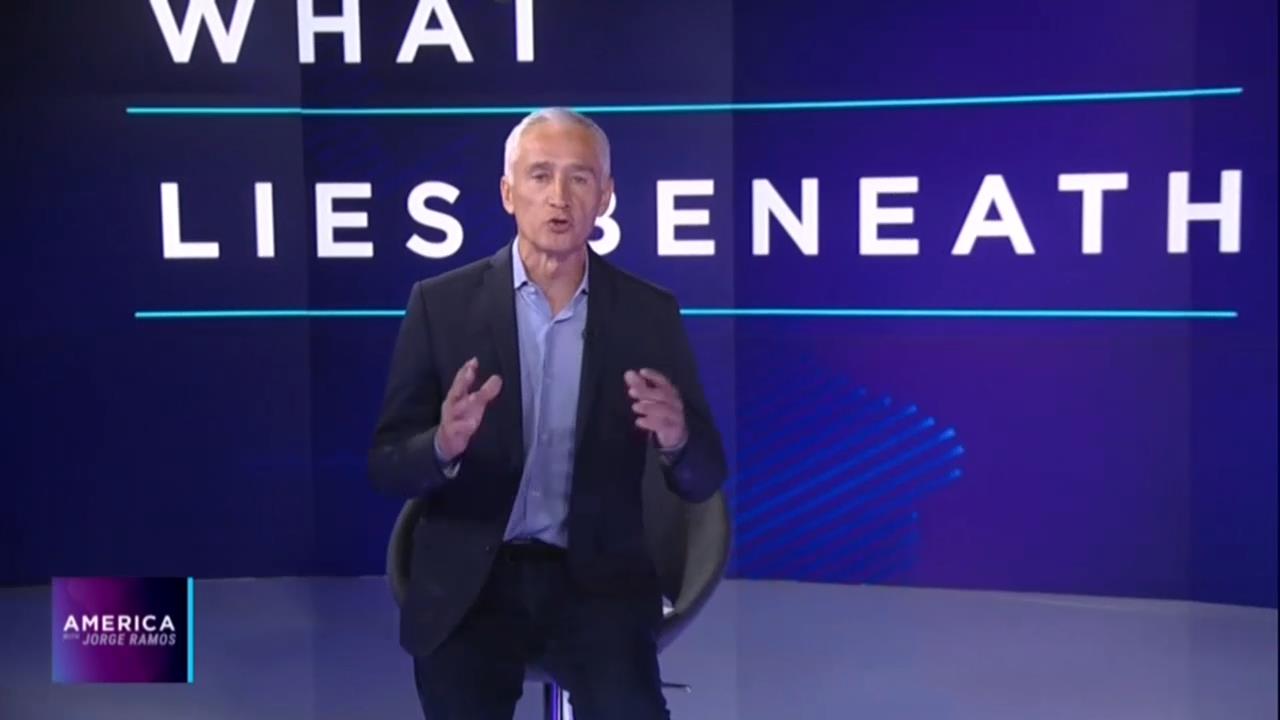 The cancellation of Jorge Ramos' signature show (and subsequent repurposing of the veteran anchor's role) on Fusion tells us much more about the direction network has taken than it does about the controversial anchor. And no one should be surprised.

There was some suspicion - after weeks of America With Jorge Ramos' absence on Fusion's schedule and an error message where the show's site once stood - that Fusion had quietly cancelled what had become its signature show. That suspicion was confirmed with the announced repurposing of Jorge Ramos' role on the network. Instead of hosting what was basically an English-language version of Al Punto (albeit millenialled and woked up for the Fusion crowd), Ramos will now host Show Me Something. Per TV Newser:

The veteran broadcast and cable newser sat down with a variety of world leaders and pop culture figures for the new series Show Me Something, asking them to talk about “something they love.” Ramos and his guests explored events that have challenged or defined them throughout their careers, as well as little known tidbits about their personal lives, things the public doesn’t necessarily know.

“In a very charged political year, I’d like to experiment with the interview format,” said Ramos. “It can be re-invented if you find a news maker in an interesting place, discussing relevant issues, and having him or her show you what they are really passionate about. After three decades in the business, I’m still getting surprised with the results.”

“Jorge is undoubtedly one of the most engaging interviewers of our time,” said Daniel Eilemberg, President of Fusion. “In this new series Jorge is taking viewers on a journey to discover what drives and motivates the influential figures who shape our culture.”

This shift makes sense inasmuch as you can't really sustain a political show when approximately half of the nation's political class refuses to talk to you due to reasons largely self-inflicted. So instead of "asking tough questions", Ramos will now take his show on the road and meet with celebrities and ponder their feelings about the news of the day, and about their own personal journeys.

In many ways, this shift signals the death of Fusion as we knew it. What was once heralded as Univision's crown jewel and harbinger of assured generational dominance has been hollowed out from within (as we saw immediately following the 2016 election), stripped of its remaining unique identity, and slotted into the spot that Gawker once occupied on the proprietary Kinja platform - a fitting end for Isaac Lee's creation.

Also mentioned in the TV Newser write-up is the fact that Jorge Ramos is set to receive the Walter Cronkite Award for Excellence in Television Political Journalism on Friday, April 28. There are some who view this award as conclusive proof of the politicization of our news media. The Hill's Joe Concha writes:

Back to Ramos, for those who argue that he's right to take a stand against Trump, remember this: He's an anchor. It's not his job to take public stands against anything.

Instead, he personifies exactly why an overwhelming majority of Americans don't trust the media: He's an outspoken advocate who publicly abuses his power while serving as lead anchor on two national networks to advance his agenda to his audience and presents it as fact, not opinion.

That's dangerous. And whether you agree with the Ramos's immigration position is irrelevant to this conversation.

Instead, it's when media members like him are honored with an award bearing Walter Cronkite's name for completely misunderstanding what their job is.

I would suggest that the media has acted this way for quite some time, and what distinguished Ramos in 2016 is simply a matter of degree of partisanship. This is, after all, the same award that was given to Katie Couric in 2009 for blowing Sarah Palin out of the water. Couric, of course, went on to deceptively edit a documentary in order to smear Second Amendment advocates.

It should shock no one that Jorge Ramos, who actually went on Mexican media the morning after the election and said "...the wrong calculus was to believe that her (Hillary Clinton's) lack of credibility was going to be less important than the racism and sexism of Donald Trump" could stand to receive an award named for a man who, after the smashing success of American forces during the 1968 Tet Offensive in Vietnam, would look into a camera and say the war was "mired in stalemate." Not in the least.