Now that Donald Trump stands alone as the presumptive Republican presidential nominee, it was only a matter of time. Univision/Fusion anchor Jorge Ramos has finally penned his primary postmortem, in which he predictably dumps all over Senators Marco Rubio and Ted Cruz. 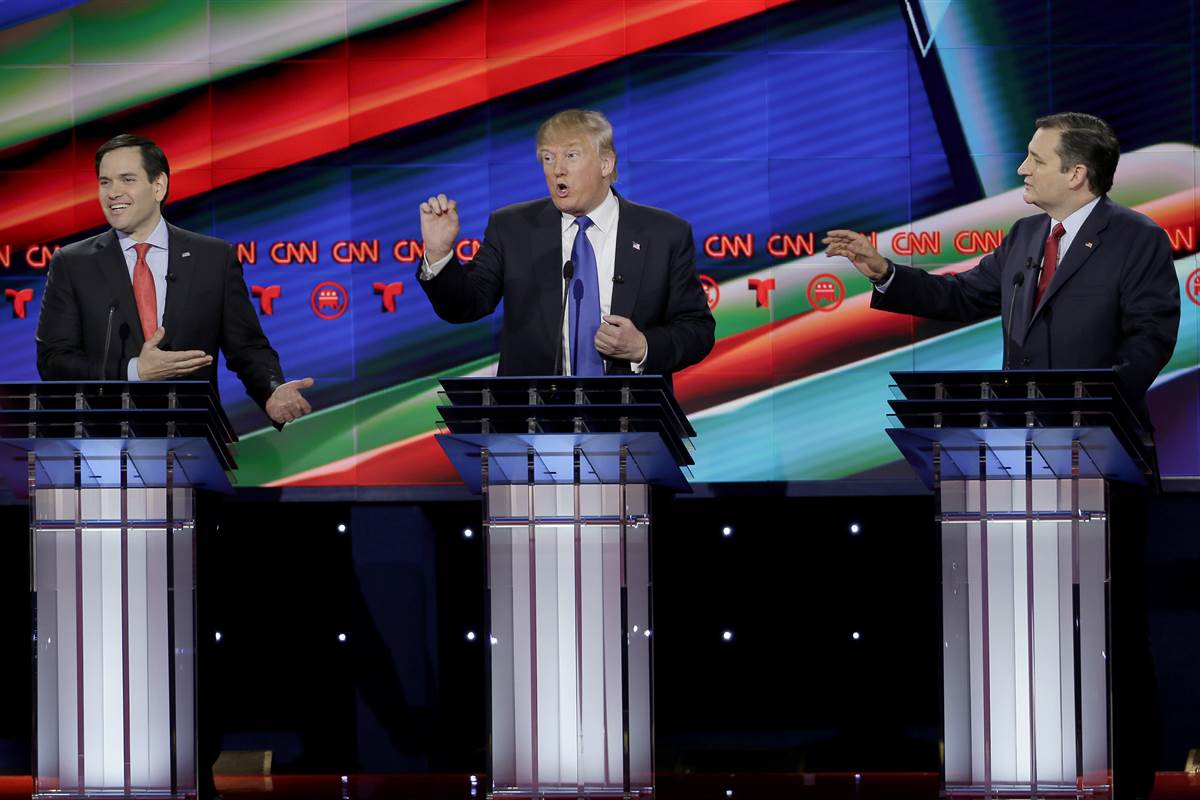 The last time we delved into a Jorge Ramos column, it was to denounce his accusations of ethnic treason. Back then, we said that:

Ramos devotes the vast majority of this emotional tirade to the supposed obligations of Cruz and Rubio towards illegal immigrants (including his usual hectoring for the use of the term “ïllegal immigrant”), but scant little on the obligation to assimilate. In Ramos’ twisted view, the children of immigrants are forever obligated to their potential successors of their parents, national security and employment concerns be damned. And if the children of immigrants feel bound to prioritize these other things, then they are traitors.

That same toxic premise underlies Monday's screed which, as usual, ran in Mexico City's Reforma before running domestically on Univision and Fusion's respective sites. The usual race betrayal narratives are laced this time with factually untrue assumptions, with the unmistakable whiff of schadenfreude (which presents here as concern trolling), and now include a demand for repentance and submission.

Now that their presidential campaigns are over, what’s next for Cruz and Rubio? Losers in American politics often follow a path of atonement in hopes of redeeming themselves and their relevance. First they confess their failings in public, then they do an act of contrition and vow never to commit their sins again. Finally, they return as though they were reborn.

Both Rubio and Cruz will undergo this penance process, since both are too talented and smart to quit politics after just one fall, no matter how deafening it was.

Here Ramos seeks to reinforce the idea, central to his coverage of Hispanic politicians, that immigration ideology and individual identity are somehow inextricably linked. He does this again in his closing paragraph:

Politics is brutal. It can transform the sons of immigrants into spokesmen for a movement that unjustly blames immigrants for economic and security woes. But here’s a lesson for the next election cycle: In the end, it’s always better to be true to yourself and able to look your loved ones directly in the eye. Cruz and Rubio had a chance to be our community’s heroes, but instead they decided they wanted to be like the villain. So they lost. Twice.

The insinuation here is that Cruz and Rubio first betrayed themselves before subsequently betraying their Raza. In order to establish that point, Ramos first has to claim that Cruz and Rubio "followed" Trump- as if they were incapable of independent thought or had not independently arrived upon any of their policy positions. This infantilization is central to their subsequent vilification.

The rest of the column is laced with the usual "anti-immigration" and "anti-immigrant" tropes, and with the false "tradition" that magically obligates Hispanic politicians to advocate for open borders policies at all times, regardless of their effects on national security, public safety, or the workforce.

The column, while deeply offensive, is really nothing new under the sun. This poisonous screed requires its readers to suspend all disbelief and assume that there was ever a chance for Ramos et. al to be persuaded to give Cruz or Rubio fair coverage if only they came closer to toeing the line on immigration. However, readers of this byline know that this is patently false.

If I had the ear of either Senator, I would encourage them -in the strongest possible terms- not to indulge Ramos in any such act of submissive repentance because none whatsoever is required. In fact, they owe it to their constituents to remain defiant and not bow to media pressure. The fact remains that Jorge Ramos has neither the standing to adjudicate anyone's ethnic authenticity nor the authority -moral or otherwise- to enforce ethnopolitical purity.

He still doesn't represent me.