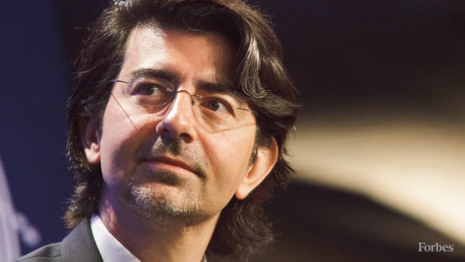 The Tech Oversight Project describes itself as “a nonprofit organization dedicated to holding Big Tech accountable by urging lawmakers to support comprehensive antitrust legislation.” The project “plans to bring ‘campaign-style’ tactics” to bear on lawmakers, according to The Washington Post.

The project is reportedly primarily funded by the Omidyar Network, a venture of eBay founder and leftist billionaire Pierre Omidyar. Omidyar has ties to leftist journalism, including founding The Intercept, a left-wing site that launched ahead of schedule in 2014 to publish NSA leaks from Edward Snowden. Omidyar has also funded NeverTrump outlet The Bulwark.

Haworth will be the executive director of the Tech Oversight Project, according to The Post. Haworth was Great Lakes Regional Press Secretary for the Democratic Congressional Campaign Committee (DCCC). Haworth also worked in the past for the election campaigns of a Democrat Minnesota gubernatorial candidate, Matt Entenza, and former Democratic Party Congressman Rick Nolan (MN). Haworth reportedly told The Post that she wants to bring the “aggressiveness” of a campaign to the new tech regulation initiative.

Facebook co-founder Chris Hughes is also funding the Tech Oversight Project through the advocacy arm of his nonprofit Economic Security Project, The Post wrote. Hughes is also a senior fellow at the Institute on Race, Power, and Political Economy at The New School and advocates through his nonprofit for left-leaning policies such as guaranteed income.

The Omidyar Network has also funded a number of liberal causes. The network has given over $200 million to groups including Center for Public Integrity, and supported groups such as leftist billionaire George Soros’s Open Society Foundations.

The Post gushed that groups critical of Big Tech have previously lacked resources, but that the new initiative shows how “professionalized and coordinated” such critics are becoming. Tech millionaires like Omidyar and Hughes can fund “expensive tactics” to achieve antitrust regulation.

The Tech Oversight Project will reportedly begin its work by promoting the American Innovation and Choice Online Act to senators. Introduced by pro-censorship Senator Amy Klobuchar (D-MN), the bill would prevent Facebook, Amazon, Google, and Apple from favoring their own products over those of competitors.