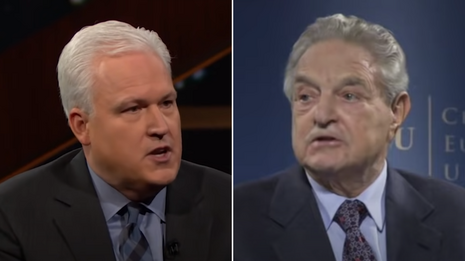 Here’s the problem: calling CLC nonpartisan is ridiculous. CLC has been funded with at least $12,782,400 from a litany of leftist donors that completely upend Egger’s “nonpartisan” characterization, according to Foundation Directory Online data. 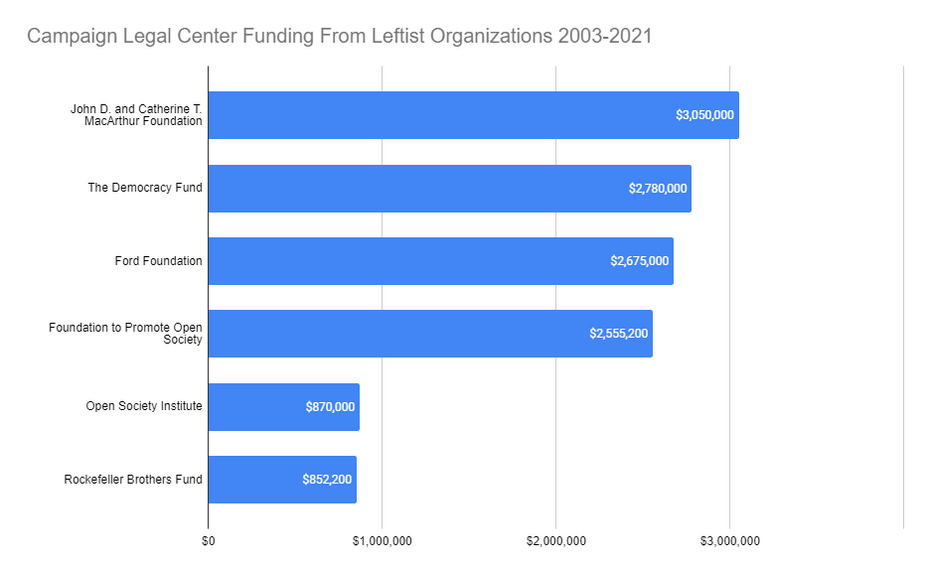 Egger, a former senior writer for NeverTrump outlet The Bulwark (also funded by Omidyar), waited until the 12th paragraph before he acknowledged that Soros in particular funded the CLC. Now he works for another anti-Trump outlet.

However, Egger attempted to downplay the Soros connection: “[The CLC was] founded by Trevor Potter, a Republican and former George H.W. Bush appointee to the FEC, and regularly makes FEC complaints against candidates of both parties.”  Egger made a vague reference to how the CLC “has publicly supported a number of Democrat-sponsored pieces of voting rights legislation.” He didn’t mention specifically that one of them was the notorious H.R. 1 bill, a constitutionally absurd and leftist wish-list that upends state elections. Potter tweeted that H.R. 1 should be an “immediate top priority of Congress.”

Passing the #ForThePeopleAct should be an immediate top priority of Congress. As the Federal Election Commission (@FEC) continues to fail to enforce campaign finance laws, as states pass new laws that restrict voting access, and as corruption issues (highlighted by the... (1/3)

CLC even said in a blog that voter ID laws were racist: “Strict voter ID laws have similarly been shown to have a racially discriminatory effect on voters.”

Of course, missing from Egger’s piece was any mention of the other leftist organizations financing the CLC. CLC Chief Development Officer Jason Jaffery also used to be the Director of Development for the leftist extremist Southern Poverty Law Center, which is notorious for its “hate map” that smears conservative and faith-based organizations as hate groups. 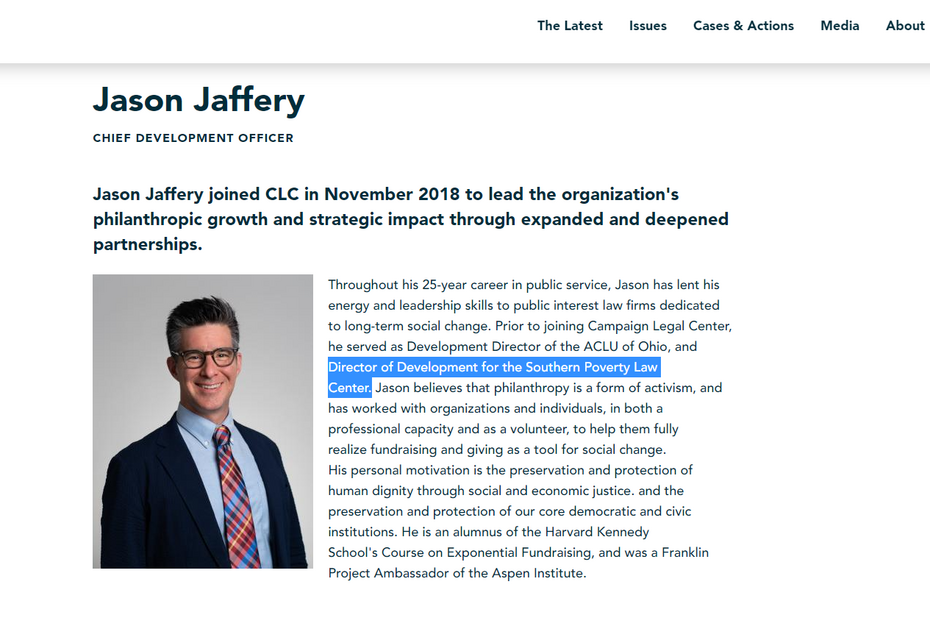 The Family Research Council composed an open letter in 2017 signed by MRC President Brent Bozell and other conservative leaders and organizations that urged the media to cut ties with the SPLC. The letter called the SPLC “a discredited, left-wing, political activist organization that seeks to silence its political opponents with a ‘hate group’ label of its own invention and application that is not only false and defamatory but that also endangers the lives of those targeted with it.”

Even more egregious is that the CLC was one of a list of groups identified by the MRC that offered justification for the Internal Revenue Service’s targeting of conservative organizations in 2012. CLC was one of two groups that “sent a series of letter[s] to the IRS, urging them to look more carefully at several conservative nonprofits, in the months leading up to IRS policy changes that targeted conservative groups.”

CLC clearly represents the antithesis of a “nonpartisan” organization. But Anti-Trumper Egger appeared more concerned with pushing an anti-ACU narrative than being fully forthcoming about the biases of his sources.

Conservatives are under attack! Contact The Dispatch at pitches@thedispatch.com and demand it update Egger’s report to include a full account of Campaign Legal Center’s left-wing biases.