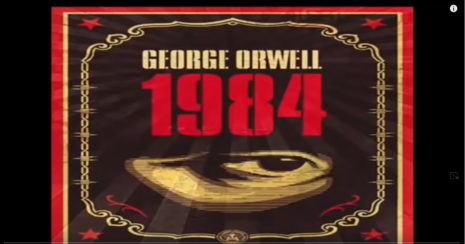 Big Tech and social media platforms censored conservatives in 2021 with a ruthlessness and standardization never seen before.

In the early part of the year, anything related to the election was a major target for Big Tech censorship. Views that strayed from the accepted COVID-19 narrative fell squarely in Big Tech’s bullseye the whole year, as alternative treatments for the virus and questioning of mask mandates incurred a great deal of scrutiny from the heads of Silicon Valley. And the tech overlords did all they could to promote social wokeness, furiously attacking critiques of transgenderism as well as pro-life content.

Facebook bowed to its insufferably woke employees and decided to develop algorithms that allowed hatred for whites and conservatives while protecting favored left-wing groups from ridicule on the platform.

Former Twitter CEO Jack Dorsey resigned in November, clearing the way for anti-conservative radical Parag Agrawal to take the helm, a move that conservatives immediately criticized. Before banning former President Donald Trump following the Jan. 6 Capitol riot, Twitter had censored Trump and his campaign 625 times, without censoring Joe Biden at all. Twitter also censored New York Post stories in the lead-up to the 2020 election that focused on the alleged corrupt business dealings of President Joe Biden and his son Hunter in Ukraine.

During the past year, a split dynamic has emerged in Washington, with Democrats insisting that Facebook must do more to control the flow of offensive content, and some Republicans asserting that Facebook is chilling free speech on its platform. In that vein, 24 congressional lawmakers recently urged Google to stop censoring pro-life voices.

Here are the worst cases of Big Tech censorship in 2021:

The first notable examples of prominent censorship in 2021 are also, distinctly, the worst.

The collective action to silence the head of the world’s leading republic stands apart as a show of force by the Big Tech overlords, apparently to present themselves as a dominant societal force and to use the Jan. 6 event as a scapegoat for their agenda.

“We believe the risks of allowing the President to continue to use our service during this period are simply too great,” Facebook founder and CEO Mark Zuckerberg said in a Facebook post. “[W]e are extending the block we have placed on his Facebook and Instagram accounts indefinitely.”

Twitter also purged Trump in the days after the riot, even as the site still continues to host foreign dictators and pro-genocide propaganda.

Trump had 88.7 million Twitter followers before his suspension, CNBC reported.

Finally, YouTube followed suit and banned Trump starting Jan. 12. That was after the platform removed over 300 ads from his reelection campaign during the summer of 2019, and after it censored OAN, both moves that conceivably affected the 2020 presidential election.

In December, Twitter’s terms of service adopted new totalitarian language, including claims that certain speech about COVID-19 “may lead to harm” and that “persistent conspiracy theories” and “alarmist rhetoric unfounded in research” can threaten people and communities.

In addition to this Orwellian virtue-signaling, the platform informed users that they can expect to be permanently banned from the platform if they get five “strikes” for spreading purported COVID-19 “misinformation.”

Penalties extend to factual claims, tweets that are “demonstrably false or misleading, based on widely available, authoritative sources”; as well as language deemed likely to affect “public safety” or “cause serious harm.”

Twitter’s new policy follows its promotion of vehement anti-conservative Parag Agrawal to the position of CEO in November, and its censorship of an American Heart Association link to a study abstract warning that COVID-19 vaccines dramatically increase the risk of heart inflammation.

3. Amazon bans books that represent transgenderism as a mental illness

In the modern-day equivalent of a book-burning, Amazon decided to ban books that frame transgender and other LGBT issues as “mental illness” in March.

In the book, Anderson criticized the radical, progressive left's perspective on sex and gender. The book had been available on Amazon for the three years preceding the ban.

The book’s removal coincided with other attempts to suppress literature discussing sex and gender. Abigail Shrier, a Wall Street Journal contributor and sex and gender researcher dealt with attempts to cancel and suppress her book about the impacts of transgenderism on America’s youth. While Amazon has not refused to sell her book, it has reportedly refused to run ads for it.

While Amazon’s stance on the subject matter was never a secret, the letter to senators made clear the platform’s bias and authoritarian tendencies.

The three Big Tech platforms quickly acted to suffocate any breath questioning the legitimacy of the November 2020 election.

On Feb. 1, Twitter banned the account of My Pillow, a week after the platform banned company CEO Mike Lindell’s account. Both accounts had been tweeting claims of election fraud. Shortly thereafter, on Feb. 5, YouTube deleted Lindell’s documentary “Absolute Proof” about election fraud amid fears Dominion Voting Systems would sue for defamation. Dominion had already sent Lindell a cease-and-desist letter.

On Feb. 5, Twitter censored a quote-tweet by journalist Tim Pool of Gateway Pundit journalist Cassandra MacDonald (formerly Cassandra Fairbanks), who had tweeted a video showing a van arriving at a Detroit voting location several times in the morning and apparently unloading dozens of boxes each trip. Twitter labeled Fairbanks’ tweet with its most restrictive label, which reads: "This claim of election fraud is disputed, and this Tweet can't be replied to, Retweeted, or liked due to a risk of violence." Twitter on Feb. 7 then banned Gateway Pundit owner and operator Jim Hoft, who had also questioned the integrity of the election on the platform, including claiming that certain ballots were illegal. Facebook also erroneously flagged an article by the publication on election fraud as sensitive content for possible nudity or sexual content. The story was slapped with an interstitial tagging the post as possibly "sexually suggestive" and containing "partial nudity." Studies show posts with such filters are viewed far less than those without.

Wells Fargo shut down the account of former Republican Senate candidate Lauren Witzke of Delaware in June, telling her only that the action was a “business decision,” and that the bank can close her account at any time, giving apparently no further explanation.

“The current weaponization of corporations and banks against conservatives and Christians is terrifying,” Witzke reportedly told conservative commentator Michelle Malkin for a Creators Syndicate commentary also published on CNSNews.com.

When MRC Free Speech America reached out to Wells Fargo, the bank refused to say why it terminated Witzke’s account, but paid a lot of lip service. “Wells Fargo does not consider political views or affiliations in making account decisions. An account may be closed for a number of reasons based on individual facts and circumstances. While we cannot discuss customer accounts because they involve confidential customer information, we can report that we have reviewed this situation, gave ample notice of our decision and it was handled appropriately.”

Executives programmed algorithms to stop automatically taking down content directed at white people, Americans and men, even though an internal Facebook document showed that 90 percent of “hate speech” subject to content takedowns in April 2020 were statements of “contempt, inferiority and disgust directed at White people and men,” The Washington Post reported in November.

An internal initiative resulted in overhauling Facebook’s hate speech algorithm to remove “hate speech” only against people who are “Black, Jewish, LGBTQ, Muslim, Arab and LGBTQIA,” and essentially disregard hate speech against whites, according to The Post.

Google banned ads from pro-life advocacy organization Live Action, as Lila Rose, the company’s founder and president, announced in September. Rose said that abortion activists requested the ban of ads, including those promoting the abortion pill reversal treatment, which she said had saved 2,500 children as of September. “Abortion activists knew the ads were making a difference, so they had Google shut them down,” Rose said.

The ad is aimed at women who regret taking an abortion pill.

8. ‘Facebook Papers’ show suppression of The Washington Times and other conservative news outlets

The Wall Street Journal released a trove of internal Facebook files showing the company’s internal debates about how far it can go in censoring conservatives in October. The Journal called attention to two censorship tools used to suppress content. One tool, called “Sparing Sharing," allegedly reduced the reach of frequent posters who "disproportionately shared false and incendiary information,” The Journal wrote.

A second tool, “called ‘Informed Engagement,’ reduced the reach of posts that people were more likely to share if they hadn’t read them," reported The Journal. When combined, the two censorship tools greatly impacted the reach of conservative news content shared on Facebook. Facebook’s own “political ideology analysis” indicated that multiple conservative outlets would do far better if strict moderation tools were removed, “with Breitbart’s traffic increasing an estimated 20%, Washington Times’ 18%, Western Journal’s 16% and Epoch Times’ by 11%.”

There was a time when the national establishment regarded undercover journalism as a periodically useful tool to expose corruption and uncover the hidden dealings of power brokers.

But the last few years have seen society’s leftist establishment clamp down on undercover news that reveals information that elites apparently don’t want to spread.

The most egregious example of Big Tech censorship of conservative undercover journalism in 2021 came when Twitter permanently suspended Project Veritas founder James O’Keefe in April. The ban came after Project Veritas released undercover video of a CNN staffer bragging about helping Joe Biden win the presidency. That staffer even admitted on the video that CNN coverage questioning Trump’s mental health was “propaganda.”

YouTube removed videos from the channel of Brazilian President Jair Bolsonaro in July, after he provided his opinions on COVID-19. Bolsonaro had been publishing weekly addresses on his channel where he talks about issues important to Brazil, but YouTube removed 15 of his videos for so-called misinformation regarding COVID-19, according to the BBC.

The platform appeared to target the Brazilian president for mentioning alternative treatments to combat COVID-19. “‘Our policies don’t allow content that claims hydroxychloroquine and/or Ivermectin are effective to treat or prevent Covid-19, claims that there is a guaranteed cure for Covid-19, and claims that masks don’t work to prevent the spread of the virus,’” YouTube reportedly told the New York Times in a statement.

In “the tweet that did it,” as Berenson described it, he claimed that the controversial COVID-19 vaccines should not be thought of as vaccines but rather as “therapeutic[s].” Berenson posted a purported picture of the tweet in his online Substack newsletter, Unreported Truths: “Don’t think of [the COVID-19 vaccine] as a vaccine. Think of it - at best - as a therapeutic with a limited window of efficacy and terrible side effect profile that must be dosed IN ADVANCE OF ILLNESS. And we want to mandate it?”

In a blatant instance of retroactive censorship and career ambush, woke employees called for the expulsion of former Apple employee Antonio Garcia Martinez in May, when they became aware of a book he had written before his hire date. In the bestselling book, Chaos Monkeys, Martinez called out Bay Area women as “soft and weak, cosseted and naïve despite their claims of worldliness, and generally full of shit.”

Though Martinez claimed Apple was “well aware” of what he wrote in the book before hiring him, the company apparently fired him around the same time an ouster petition signed by over 2,000 employees went public.