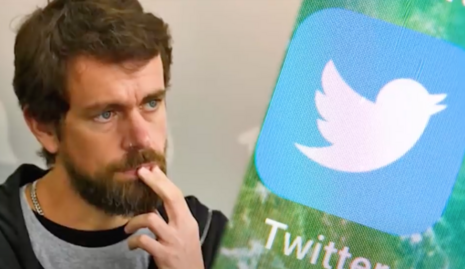 Agrawal has a history of odious left-wing commentary including this tweet: “‘If they are not gonna make a distinction between muslims and extremists, then why should I distinguish between white people and racists.’" He was allegedly quoting a segment from The Daily Show, but other tweets indicate no commitment to bipartisanship. Agrawal stated in an interview that “Our role is not to be bound by the First Amendment.”

Many free speech advocates speculated Dorsey was ousted by the more radical left-wing employees, and that his replacement will be far worse.

Commentator and filmmaker Daniel Bostic expressed wariness as well: “Not a Jack Dorsey fan, but this means censorship is about to get much worse at Twitter dot com.”

Author and right-wing commentator Candace Owens agreed with Bostic’s observation and warned that such a change has disastrous consequences:

“This is the right take. I’ve been telling people for years. Jack Dorsey is not your enemy. He is a prisoner at his own company.”

It may be difficult for conservatives to imagine Twitter being even more anti-free speech after its history of purging conservatives.

Twitter was one of the major Big Tech companies that banned then-President Donald Trump after the Jan. 6 riot in the U.S. Capitol. In the months leading up to that, Twitter had  targeted Trump with unprecedented restriction of his tweets. Trump and his campaign had been censored by Twitter 625 times before he was banned outright.

Twitter also censored news outlets, including the New York Post. The Post cited purported emails from then-Democratic presidential candidate Joe Biden’s son Hunter and reportedly exposed alleged scandalous dealings of both Bidens in Ukraine. Twitter censored the Post, the Trump Campaign and even the House Judiciary Committee for sharing the story, when Republicans controlled the U.S. House of Representatives.

Dorsey announced his resignation via his personal Twitter account alongside a letter explaining his rationale and revealing his successor: Parag Agrawal. “He’s been my choice for some time given how deeply he understands the company and its needs. Parag has been behind every critical decision that helped turn this company around.”

Conservatives are under attack. Contact Twitter at (415) 222-9670 and demand that Big Tech mirror the First Amendment while providing transparency and equal footing for conservatives. If you have been censored, contact us using CensorTrack’s contact form, and help us hold Big Tech accountable.