YouTube reportedly targeted Brazilian President Jair Bolsonaro and removed videos from his channel for simply commenting on COVID-19. He appeared to commit the grave crime of giving opinions that differed from YouTube’s fearmongering narrative regarding the pandemic. But the platform’s actions should come as no surprise. YouTube has continued to censor and remove content featuring Trump six months after the platform banned him. The American Conservative Union (ACU) said that YouTube removed a video featuring Trump and suspended the organization’s account for a week. The suspension occurred two days before the ACU would have streamed Trump’s speech at the Conservative Political Action Conference (CPAC) event in Dallas, Texas.

No one is safe from Big Tech’s push to censor and remove content that differs from its woke authoritarian agenda, and the world’s leaders are no exception. Here are the five most egregious examples of Big Tech censorship in July:

YouTube removed videos from the channel of Brazilian President Jair Bolsonaro after he provided his opinions on COVID-19. Bolsonaro reportedly publishes weekly addresses on his channel where he talks about issues important to Brazil, but YouTube recently removed 15 of his videos for so-called misinformation regarding COVID-19, according to the BBC. 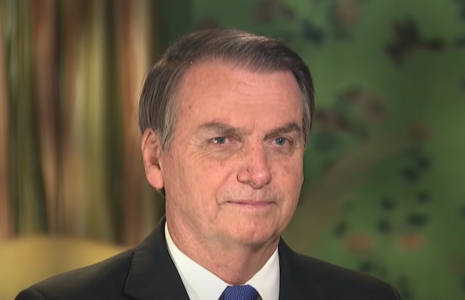 The platform appeared to target the Brazilian president for mentioning alternative treatments to combat the virus. “‘Our policies don’t allow content that claims hydroxychloroquine and/or Ivermectin are effective to treat or prevent Covid-19, claims that there is a guaranteed cure for Covid-19, and claims that masks don’t work to prevent the spread of the virus,’” YouTube reportedly told The New York Times in a statement.

Big Tech platforms have frequently targeted Bolsonaro, according to The Times. “Last year, Facebook removed statements by Mr. Bolsonaro after he promoted hydroxychloroquine as a cure for the virus. Around the same time, Twitter deleted posts from the far-right Brazilian president for pushing false remedies and calling for an end to social distancing,” the newspaper reported. Social media platforms like YouTube have outright banned content that contradicts their COVID-19 narrative, and world leaders like Bolsonaro are no exception.

YouTube unsurprisingly targeted the American Conservative Union (ACU) in what appeared to be another attempt to censor former President Donald Trump. The ACU said that YouTube removed a video from its channel that “featured coverage of former President Donald Trump’s major class-action lawsuit against Big Tech, led by America First Policy Institute.”

The ACU claimed that YouTube removed the video and issued a strike to the channel on July 9. The strike prevented the ACU from posting or streaming on the channel for one week. The organization planned for Trump to speak at its Conservative Political Action Conference (CPAC) event on July 11 in Dallas, Texas. However, the suspension from YouTube prevented the ACU from streaming his speech on the platform.

The ACU also said that YouTube was unclear in describing the reason for its censorship. “YouTube cited ‘medical misinformation’ concerning COVID-19 as the reason for removing the America UnCanceled episode. YouTube did not specify any statements made in the video that allegedly violated their policies,” the organization explained. ACU Chairman Matt Schlapp slammed YouTube for its actions: “‘This is yet another example of Big Tech censoring content with which they disagree in order to promote the political positions they favor.’”

Twitter temporarily suspended talk show host Dave Rubin of BlazeTV for spotlighting the left-wing establishment’s changing COVID-19 narrative and authoritarian restrictions. He was reportedly censored after tweeting: “They want a federal vaccine mandate for vaccines which are clearly not working as promised just weeks ago. People are getting and transmitting Covid despite vax. Plus now they’re prepping us for booster shots. A sane society would take a pause. We do not live in a sane society.”

Rubin’s suspension reportedly lasted for 12 hours before he was allowed back on the platform. Fox News reported that the political commentator had to delete the tweet before regaining access to his account and that he complied “only because pre-sales for his new book launch the next day.” He told Fox News: “‘I went against my better judgment because I would have preferred to stand up and fight them.’” His book is titled, “Don't Burn This Country: Surviving and Thriving in Our Woke Dystopia.”

He announced the next day that Twitter backtracked and called the suspension an “error.” Twitter has appeared to make a habit in recent years out of suspending users before later backtracking and calling the move a mistake. Rubin was a more controversial personality to ban considering that he has seemingly made a career out of being politically moderate. He is a former member of the notoriously left-wing Young Turks and is currently the host of his online show The Rubin Report.

Comedian and cultural commentator Nicole Arbour said that Facebook censored a video that she posted mocking the constantly changing narrative around COVID-19 and vaccines. She has a history of pushing provocative humor on social media, but Big Tech platforms are increasingly censoring content now that differs from their woke far-left agenda.

Arbour appeared to post the same video that Facebook removed from the platform on Twitter. She said that her video “was pulled from Facebook and accounts of some who shared it [were] temporarily disabled.” Arbour then pointed out that her video was satire based on statements made by the Centers for Disease Control and Prevention (CDC). “If we don’t see the hilarity in a video of me reading from the CDC’s posts and website being removed for misinformation I don’t know what to say,” she tweeted.

In the video, she compared common leftist arguments with contradicting policies regarding COVID-19: “I don’t know why this is so hard for people to understand. Try and follow me here, OK. Your body, your choice — unless it has to do with the vaccine, in which case your body, the government, your employer and possibly your school’s choice. But you should get the vaccine because then you don’t have to wear a mask anymore, unless you still have to wear a mask. But you won’t get COVID again, unless you happen to get COVID again.”

Twitter reportedly banned at least eight accounts that were covering news regarding audits of the 2020 presidential election. Public officials in several swing states have either started or are pushing for audits to determine the integrity of their elections last year. However, Twitter has seemingly banned any further discussion of audits or election integrity on its platform.

The Epoch Times reported that the accounts were gaining traction on the platform before Twitter banned them: “When trying to access the Maricopa County Audit, the Audit War Room, and various ‘war room’ accounts dedicated to Wisconsin, Nevada, Pennsylvania, Michigan, and Georgia, Twitter wrote: ‘Account suspended.’ The War Room account had more than 40,000 followers and the Maricopa County Audit account had nearly 100,000 followers.”

Arizona is the most notable case of elected officials successfully carrying out an audit. The Epoch Times reported that the state’s audit “was authorized following a court-approved subpoena of Maricopa County,” which is the most populous county of Arizona. Despite a court’s approval, Twitter still appeared to terminate the account covering news of the state’s audit.

Alexander Hall and Kayla Sargent contributed to the report.