At the same time, the platform is selectively protecting certain groups of minorities, a Washington Post story indicated.

Activists infamously pushed the idea there is no such thing as racism against white people, but now, there appears to be no such thing as hate speech against white people, either. The Washington Post scorched Facebook for past moderation practices in a Nov. 21 blog, “Facebook’s race-blind practices around hate speech came at the expense of Black users, new documents show.” Deep into the article, however, The Post revealed that liberal groups successfully bullied Facebook into explicitly favoring black users, because anti-white hatred is apparently less harmful. Facebook Vice President for Global Public Policy Joel Kaplan and other executives have reportedly agreed upon “programming the algorithms to stop automatically taking down content directed at White people, Americans and men,” The Post reported. 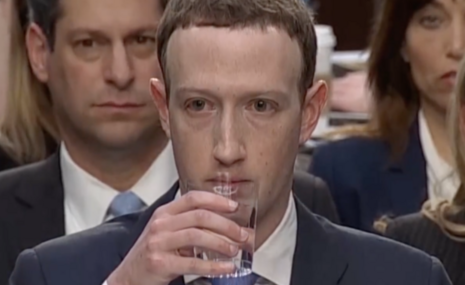 An internal Facebook document drafted in April 2020 said roughly 90 percent of “hate speech” subject to content takedowns were statements of “contempt, inferiority and disgust directed at White people and men,” The Post summarized.

At the same time, an internal team at Facebook was busy trying to overhaul Facebook’s hate speech algorithm to remove “hate speech” only against people who are “Black, Jewish, LGBTQ, Muslim, Arab and LGBTQIA,” while essentially disregarding hate speech against whites, The Post reported.

It appears that Facebook designated white people, by omission, to become a scapegoat class that users could hate without consequence.

The liberal campaign to bend facebook to the will of far-left race hustlers has continued for some time.

More than 1,000 companies joined an advertising boycott against Facebook during the 2020 election. The boycott was headed by leftist Color of Change, funded by liberal billionaire George Soros, and Common Sense Media led by Jim Steyer, brother of former Democratic presidential candidate Tom Steyer.

Conservatism is under attack. Contact Facebook headquarters at (650) 308-7300 and demand that Big Tech treat people equally regardless of the color of their skin. If you have noticed bias at Facebook, contact us at the Media Research Center contact form, and help us hold Big Tech accountable.