Twenty-four members of Congress are urging Google to stop its suppression of pro-life voices and reinstate Live Action’s life-saving advertisements promoting a method of abortion-pill reversal. 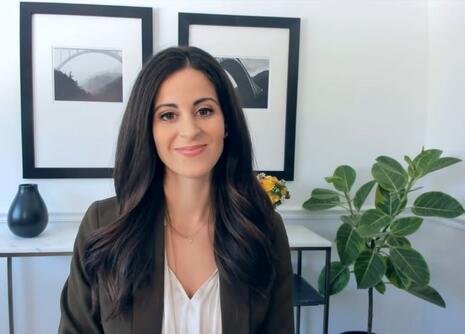 A letter from the 24 members of Congress was hand-delivered to Google CEO Sundar Pichai on November 30, 2021.

Since September 13th of this year, Google has rejected and suppressed Live Action’s life-saving advertisements promoting an “abortion pill reversal” hotline, which it had previously allowed, Fox Business reported at the time:

In their letter to Google’s CEO, the 24 members of Congress cite sources to prove that, contrary to Google’s claims, Live Action’s ad does not contain inaccurate or harmful claims about the abortion-pill reversal drug, progesterone – while the abortion drug it reverses, mifepristone, has actually killed and hospitalized women:

“As we said in our September 16 letter, Progesterone, an FDA-approved drug, is not harmful. Progesterone has been used safely for decades to prevent miscarriage. Women’s bodies naturally produce progesterone during pregnancy, and progesterone products are available over-the-counter. We also cited studies indicating that APR has a 64-68% success rate, and has saved the lives of 2,500 children. In fact, progesterone has even recently shown positive results in treating male COVID-19 patients.

“On the other hand, a seller of mifepristone would certainly be making a “reliable” claim by advertising on Google this drug that is designed to kill unborn children in the womb. Yet mifepristone can also be quite harmful to the mother, as it has killed at least 24 women, and sent at least 1,042 women to the hospital.”

“Google’s decision to censor Live Action’s abortion pill reversal ads is denying life-saving information to thousands of women who want to save their unborn children’s lives from a tragic decision they regret,” the letter concludes, urging Google to reverse its “unjust and indefensible decision.”

“It's time for Google to make the right decision and reverse its capricious and unjust suppression of life-saving information,” Live Action founder and President Lila Rose said in a statement released Thursday, noting that Americans are counting on the social media behemoth to be unbiased in providing them with access to information:

“Americans of all backgrounds and beliefs rely on Google to be an unbiased and fair player when it comes to online information, and life-affirming information like abortion pill reversal must not be allowed to be so blatantly discriminated against.”

In an interview with Fox News, Rose said that pro-abortion forces are trying to keep women from finding out that they can reverse the effects of the abortion pill and that abortion proponents don’t want to admit that some women regret their decision to take the abortion pill. She called the attempt to suppress information about the abortion-reversal pill a cynical, politically-motivated ploy to stifle use of the life-saving option.

"It's extreme and unprecedented bias in support of the abortion industry" for Google to permit ads for abortion pills while refusing those for the FDA-approved abortion-reversal pill, Rose said.