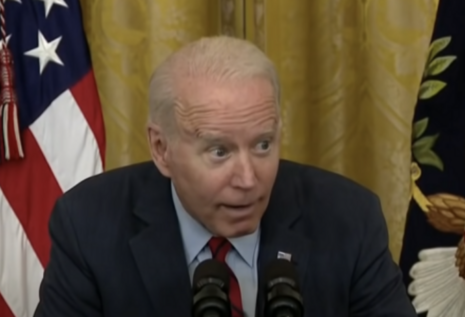 Facebook is taking action after pressure from the White House. The Biden administration blamed the platform for the majority of coronavirus “misinformation.”

The news comes after the White House blamed accounts on the platform for spreading misinformation.

"In the middle of a pandemic, being honest and transparent about the work that needs to be done to protect public health is absolutely vital, but Facebook still refuses to be straightforward about how much misinformation is circulating -- and being actively promoted -- on their platform," a White House spokesperson told CNN Business.

"It's on everyone to get this right so we can make sure the American people are getting accurate information to protect the health of themselves and their loved ones -- which is why the Administration will continue to push leaders, media outlets, and leading sources of information like Facebook to meet those basic expectations," the spokesperson continued.

Facebook’s Vice President of content policy, Monika Bickert, said the company is taking action against accounts that promote “disinformation,” but that focusing on the 12 accounts alone  “misses the forest for the trees.”

"Any amount of COVID-19 vaccine misinformation that violates our policies is too much by our standards — and we have removed over three dozen Pages, groups and Facebook or Instagram accounts linked to these 12 people, including at least one linked to each of the 12 people, for violating our policies," she said.

Still, Facebook has not removed every account linked to the original 12 accounts, saying that "the remaining accounts associated with these individuals are not posting content that breaks our rules, have only posted a small amount of violating content, which we've removed, or are simply inactive."

Some argue pressure from the federal government should classify Big Tech social media platforms as “state actors.” Facebook has received criticism from both Republicans and Democrats. Democratic Sen. Elizabeth Warren (D-MA) and Sen. Josh Hawley (R-MO) have both slammed Facebook for censorship and what they argue are unfair moderation practices.

Vivek Ramaswamy, founder of Roivant Sciences and a Philanthropy Roundtable board member, said that social media platforms should abide by the First Amendment or lose their immunity under Section 230.

“It’s time to amend Section 230. Either you operate like a normal company, without the federal blanket of immunity, or you agree to abide by the First Amendment in return for that immunity. Tech companies can’t have it both ways,” he tweeted in January.