Rich, angry white people want you to pay up for the egregious injustice of slavery, which no one alive has ever experienced or profited from.

White Saviors Alyssa Milano, Chelsea Handler, and Mark Ruffalo are calling on the Biden administration to implement reparations for slavery to make up for the past and present oppression of Black Americans. Only after this debt is settled can the country heal and move on from its dark past, these noble citizens profess.

In a NowThis video posted to her Instagram, Milano claimed that American are “still haunted by the legacy of slavery” and that it is “because our leaders refuse to address it in a meaningful way.” Not only this but the “failure to atone for the pain that white supremacy has caused and is still causing creates space for those violent white supremacist ideologies to foster and grow”, according to Milano.

She then determined that: “White supremacist extremism is on the rise and refusing to talk about its root - slavery- will not solve anything.” The only remedy for this age-old toxic whiteness was for President Biden and Congress to “get serious on federal action on reparation,” she said. What these reparations ought to be, she did not explain. 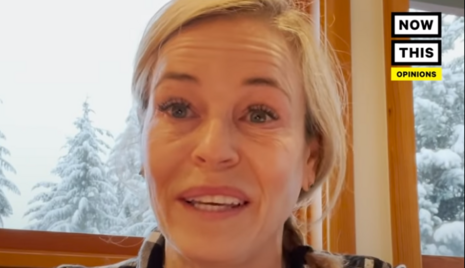 Ever-irritating leftist Chelsea Handler shared in the outrage of never affording appropriate compensation to black Americans after slavery. Handler preached in a most humble way that “we built this country on the backs of black and brown people and we still haven't really done anything.” This bogus statement was often parroted by race-baiters and is easily debunked. She admonished those who do not believe reparations are their responsibility by explaining “if you’re somebody who thinks this is going to be an attack or take something away from you, I want to remind you that when we all succeed, we all succeed. You don’t get a group of people that succeed beyond another group of people unless you’re being subjugated.”

If this was the case, it's time for Chelsea to surrender her entire fortune for the cause. Will she do this? No. It's the government’s responsibility to make reparations. And when the government is implicated, it is the taxpayer that pays the price.

Mark Ruffalo, the SJW “Hulk,” jumped on the bandwagon by retweeting their video with the charge:

Let’s get this done. Let’s repair and heal the harms of our cruel past and repay those communities for what has been taken from them by racist policies, systems and programs. This is how we heal as a nation and move forward in a good way. #ReparationsNow#JusticeCantWait #HR40 https://t.co/oFLkHOtuSv

This tweet should single handedly mobilize the entire nation to make restitution for crimes they never committed.

The hypocrisy of these wealthy Hollywood elites was ridiculous. Somehow these geniuses think that by attaching guilt to Americans as inherently indebted to slaves of the past, and then by blaming the US government for not making up for it, racism will be corrected. The whole concept of making reparations is innately flawed. Determining who should pay for them and who should not, what should be the quotas, who should qualify for reimbursement, and at what point reparation can ever be fulfilled, are just some of the problems with this misguided effort to redress injustices from the past. Ultimately, reparations are impossible but these self-hating celebs won’t let it go.

Allyssa Milano, Chelsea Handler, and Mark Ruffalo should pay reparations to the whole country for their toxic and annoying existences.