Holding a grudge is one area the left thrives. This week’s “peaceful” protest includes attacks at J.K. Rowling yet again. 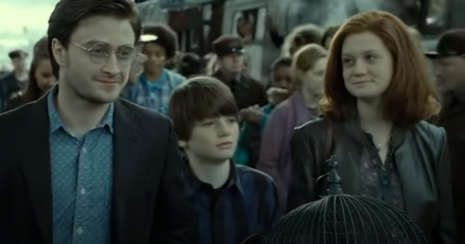 Warner Bros. and HBO Max wisely denied the rumors, if only to quiet the shrieking of the perpetually outraged. Rowling is irredeemable, and has been since she sought to clarify her opinions on Transgenderism in an open letter last June.

For a woman who made billions using the written word, it was a shockingly unreadable piece, full of pseudoscientific nonsense to dress up undeniable bigotry. It was also a pivot sure to shock her audience. The "Harry Potter" series was beloved by readers because it preached messages of tolerance and inclusivity. The evil Voldemort and his followers are characterized as believing in wizarding purity, an unsubtle stand-in for eugenics. And yet, here was the woman credited with turning a whole generation of readers into progressives, suddenly, and loudly, declaring that intolerance was sometimes acceptable.

Bundle and ex-fans of Rowling think this series seems “deeply wrongheaded.” The Harry Potter fandom continues to speak out on twitter.

It’s entertaining to see the left keep up their theatrics, even when it’s against one of their own. Bundle adds, “While some believe they can love the Wizarding World while rejecting the author, the damage to the franchise has been done. The backlash from former fans this week suggests that the appetite may not be there.” Olympic level hate is common for anyone that has slightly nuanced views.

Canceling them is the easy route to feeling virtuous. Just look at these nearly 600 publishers that cancel any affiliation with the right. #CancelCulture is spreading as fast as COVID.