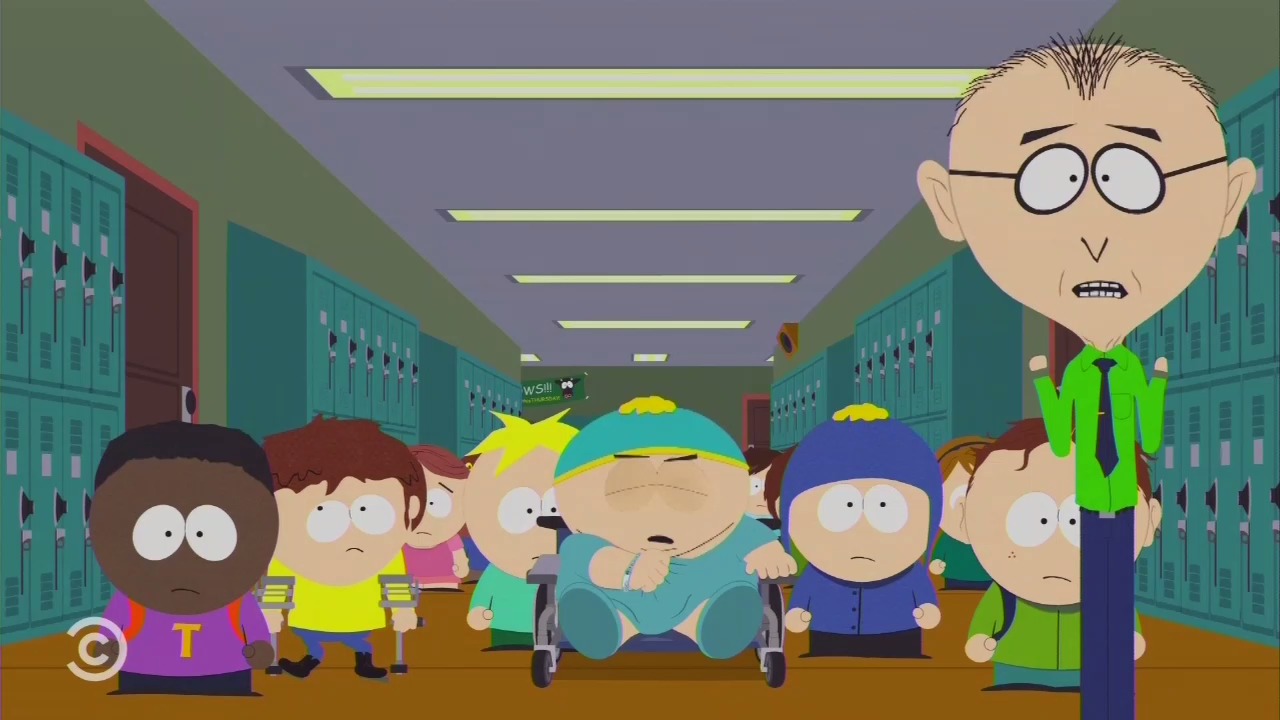 South Park's newest episode, "Let Them Eat Goo" which aired Wednesday, mocks LeBron James and his lack of defense of free speech in the current crisis of Hong Kong against China.

The episode concentrates on diets and plant-based foods, and on the students at South Park's public school who are protesting the unhealthy food they are being fed, especially meat from animals.

A small group of protestors manages to convince the school to start serving healthy food, and when Eric Cartman discovers this he hyperventilates to the point of needing a defibrillator because he wants meat. After he is discharged from the hospital and sent back to school this issue comes up again and he states, "Their protesting is ruining my lunch!" The girls respond with, "We have a right to free speech!"

Eric: Yes, we do all have freedom of speech, but at times there are ramifications for the negative that can happen, when you're not thinking about others and you're only thinking for yourself!

Eric: When you try to change people's lunch, they don't realize it harms people financially, physically, emotionally, and spiritually.

This is almost verbatim what LeBron James said about the current feud between the NBA and China which was started by Daryl Morey who made the decision to stand up for Hong Kong citizens protesting for their freedom from China. South Park blatantly mocks LeBron James' attitude, and simultaneously continues their running streak of criticizing Communist China. We're a fan.