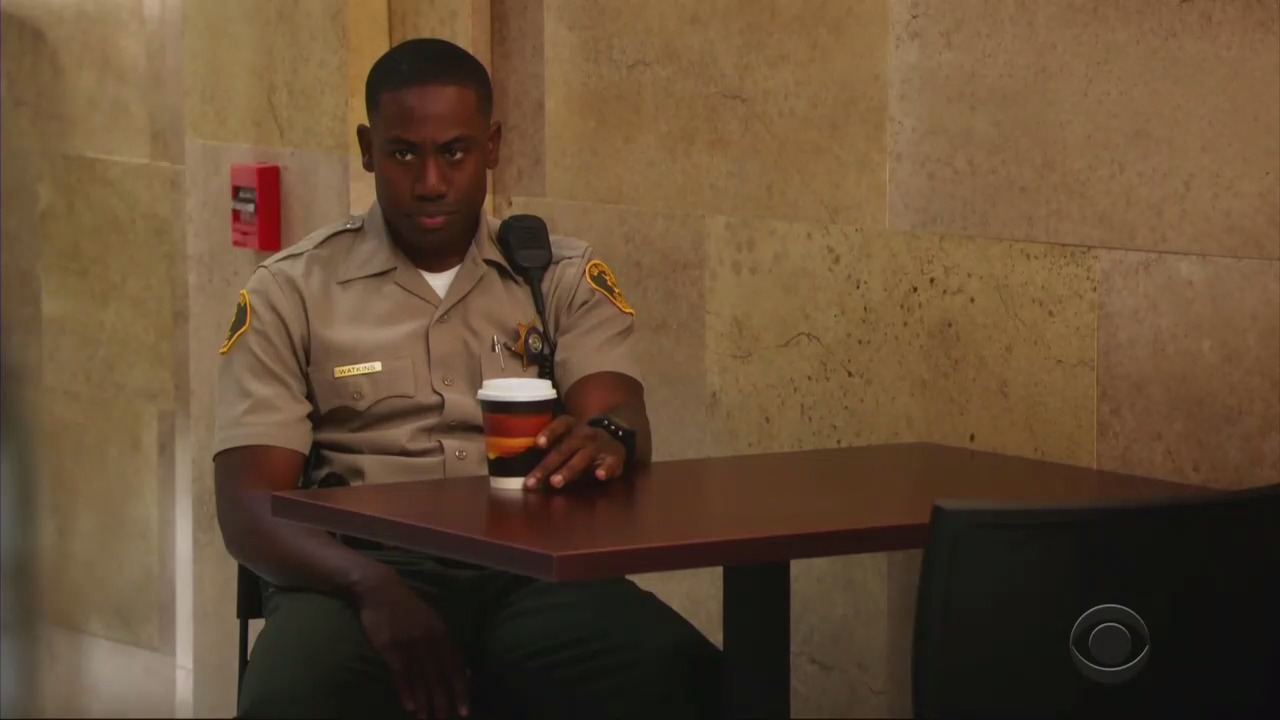 CBS's All Rise continues trying to be the wokest series on television. The third episode, "Sweet Bird of Truth" which aired on Tuesday would be better titled "Sweet Bird of Political Correctness."

Aside from a cyberspace felony hacking case, the episode focuses primarily on Luke, our hero bailiff. Luke is randomly attacked by two policeman on his morning jog to work. They see him as they are in pursuit of a suspect, stop the car, and tackle him to the ground. They then place handcuffs on him, ignoring his cries of innocence.

Luke is incensed and the rest of the episode depicts him brooding over the incident obsessively. The next day, the arresting officer tells him, "I was just doing my job. Now, if you'd had your badge on--" "It shouldn't take a badge. Be smarter out there," Luke snaps, as if the other cop should be able to identify his fellow officers in plain clothes.

The episode focuses secondarily on Soraya Bayani, a waitress who was threatened by a white man who tried to hit her with his pickup truck outside of where she works. She tells the DA the man said, "Send her back," and "Go back to where you came from!" no doubt a hit at President Trump that actually brings to mind another racial hoax, except this time the video proves the woman right. The charges of assault against the man are initially dropped by the District Attorney, but Deputy DA Mark Callan (Wilson Bethel) just happens to hear Bayani pleading her case. Mark then makes the decision to take the case because of the injustice of the whole situation.

The writers of All Rise are completely lacking in the art of subtlety. "Sweet Bird of Truth" was yet another overt attempt to push a political agenda which is obsessed with racial justice and yet continues to portray people of color as victims and not as equals to white people. The whole episode and, as a matter of fact, the whole series reeks of PC speech and completely lacks any substance whatsoever. As per the usual, the episode attempts to encourage love and acceptance, but only so long as whatever they are loving or accepting fits into their guidelines of acceptability.