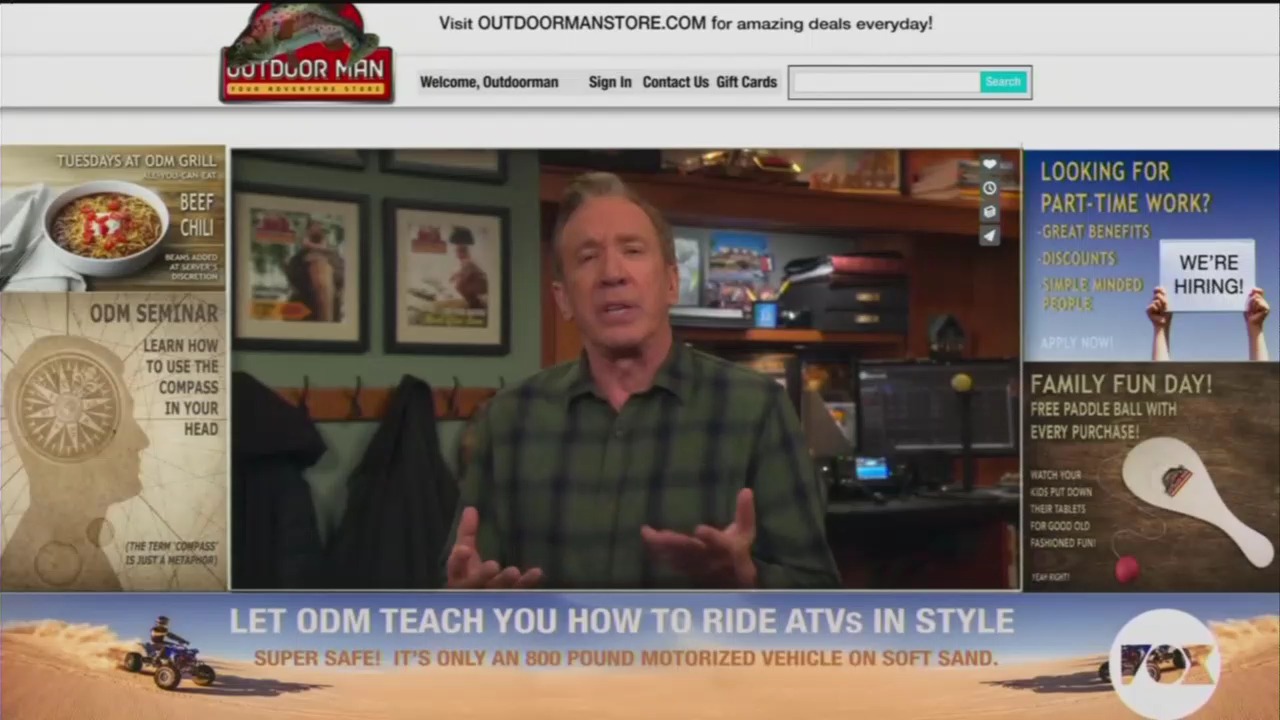 Tim Allen's Mike Baxter is on a mission to teach exchange student Jen (Krista Marie Yu) about capitalism in Last Man Standing's February 20 episode "Baked Sale," as she figures out the best way to earn money on behalf of the Geology's club bake sale. Mike also has some choice words for capitalism's staunchest detractors in the Democrat race for president.

In his vlog at the end of the show, Mike schools candidates Bernie Sanders and Elizabeth Warren on capitalism, Sanders especially being known for his embrace of Democratic-Socialism:

Hey, Mike Baxter for Outdoor Man to talk about one of my favorite passions. No, no, no, not gutting a deer while listening to the Lovin' Spoonful. I'm talking about capitalism. Now, old Bernie and young Elizabeth tell the folks capitalists are coldhearted, money-grubbing vultures. When you put it that way, you make it sound like a bad thing. But we're also human beings with a conscience. Conscience. You remember those?

Mike goes on to offer a humorous but fitting defense of capitalism with a bit of conscience:

...I mean, sure, paying your workers with baseball cards and bubble gum would increase profits, but it's wrong! Listen, a good boss should know how to make a buck and still be a human being. You see, capitalism, it's just a recipe for economic success, and it doesn't taste quite right until you sprinkle in a little morality. That's why, here at Outdoor Man, we provide benefits for our part-timers, paid medical leave and all-you-can-eat chili at the Annual Meat Summit. Which sadly leads to a lot of paid medical leave. Happy employees make good employees, and that's good business. Baxter out.

See, one can be moral and still be a capitalist. Bernie and Liz should take the hint.