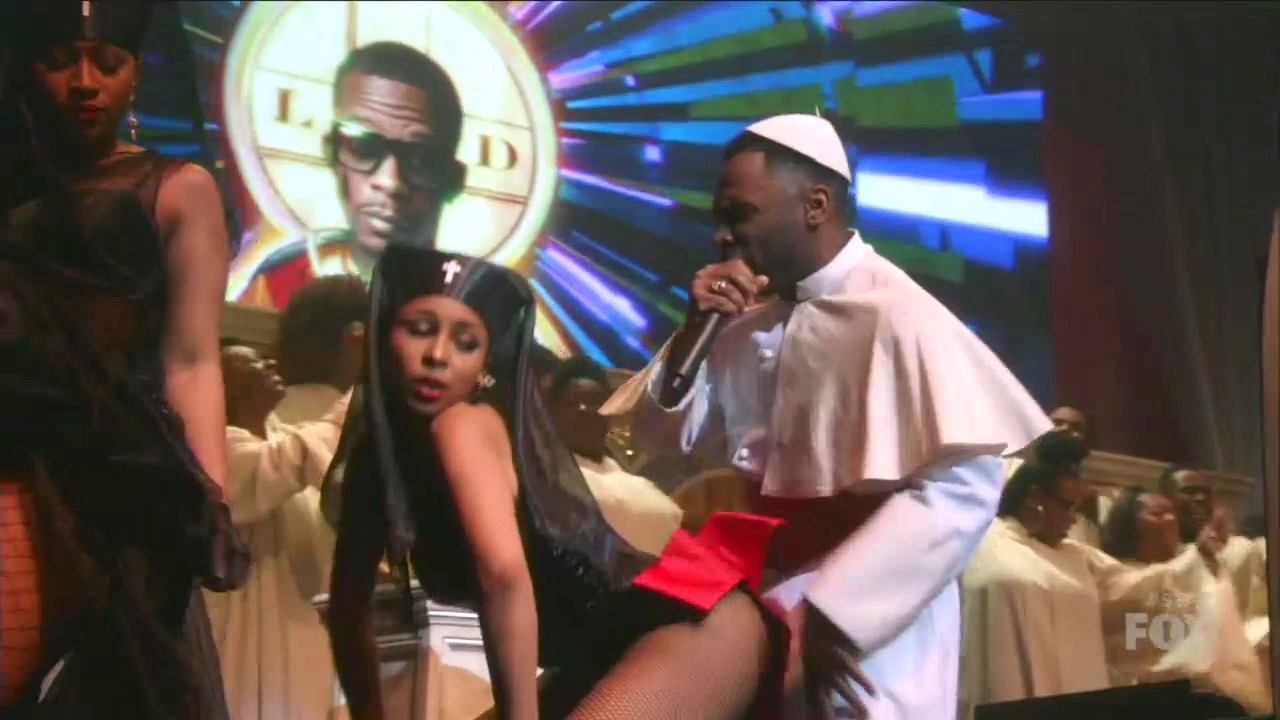 Fox’s Star season finale aired May 8, and along with it came the long-awaited American Sound Awards (ASA) ceremony, where the girl band, Take 3, is up for Best Pop Album.

To start the awards show is a sacrilegious music performance, from the singer everyone loves to hate, Lil Dini (Marcos Palacios), and up-and-coming rapper Rashad (Major).

Lil Dini is shirtless with a bunch of crucifixes hanging from his neck, performing alongside a giant light up cross and a likeness of himself cloaked with a halo behind his head, as if he were a saint. Rashad is dressed up like the pope. There’s even a choir dressed in white.

And then there’s the back up dancers, because no performance could be complete without them. What little clothing they do have on makes them look like nuns as they suggestively move, gyrate, and shake their behinds around the stage.

What makes Rashad’s part in the performance even worse is that according to Carlotta (Queen Latifah) and Miss Bruce (Miss Lawrence) he’s supposed to be “some church boy.” Keyword, “supposed to be.” It’s also revealed later he was high during the performance.

Lil Dini is known for poor theatrics, but this was too much, even for him. Clearly nothing is sacred to him, or to the show, since the crowd ate it all up.