Killer Misogyny Episode of 'FBI' Laments Wall Street: 'So Much Testosterone, It's Exhausting' 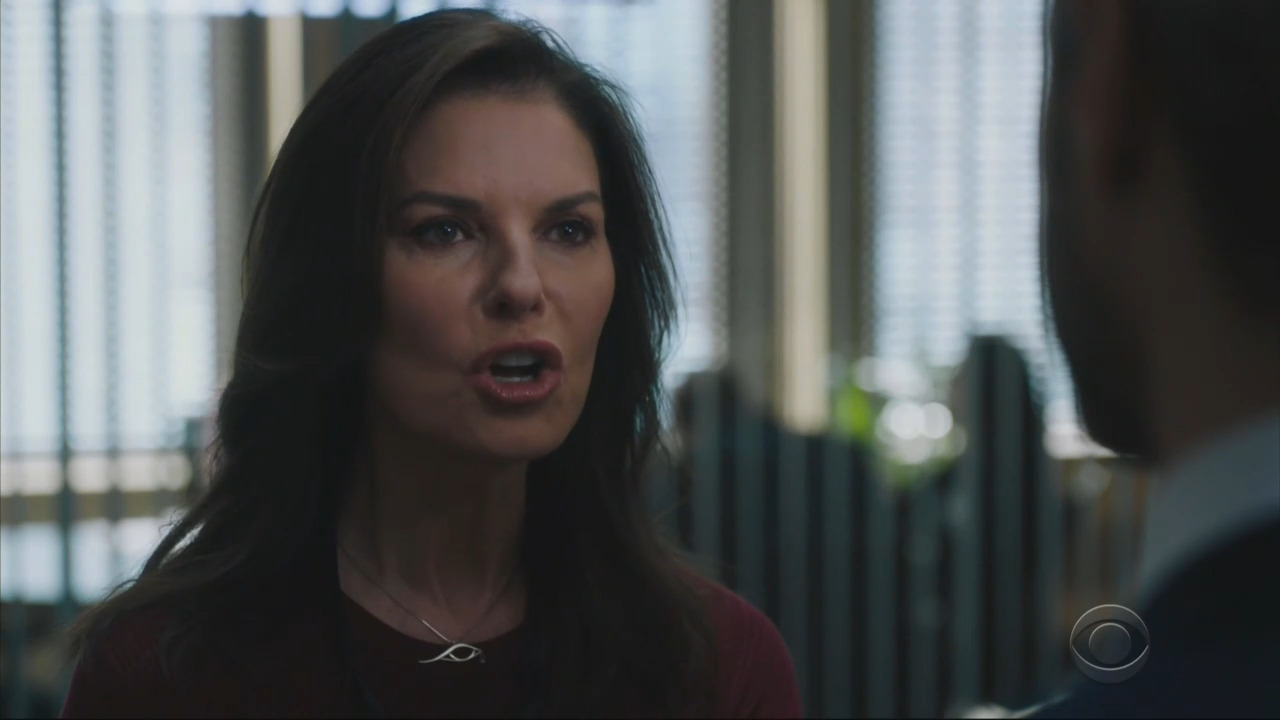 For Dick Wolf’s FBI on CBS, the search for a bomber is not enough to be the main story. February 26’s episode, "Scorched Earth," focuses on the deeper meaning of women who get ahead in the workplace facing misogyny, which we're supposed to believe literally kills.

The episode features a slew of pipe bombs targeting various victims. The first victim, Veronica Klein, had only been CEO of Wall Street’s Keller Hogan for 13 months before she was killed by a bomb sent personally to her. Veronica is your typical cutthroat Wall Street boss. In her few moments of screen time she’s telling off one ass-kisser and threatening her staff that, should the firm be ranked number two again next year, they’ll all be looking for other jobs. Viewers eventually learn about her hand in firings and leading employees to quit.

The FBI does not treat this as a typical case. Surely, people must have hated Veronica because she was a woman in power, not because of how she treated others. And Veronica is all the more brave for having made it in the way she did in such a male-dominated world.

Assistant FBI Special Agent in Charge Jubal Valentine: Veronica Klein, 45, Master of the Universe extraordinaire, married, no kids, Yale undergrad, Stanford MBA. She's been at Keller Hogan for 20 years. She became CEO 13 months ago. She was the first-ever female CEO of a top-tier, white-shoe firm. Let's dig into her life, her friends, her foes. This bomb had Veronica's name on it. Let's find out why.

Special FBI Agent in Charge Dana Mosier: Could be as simple as gender. Her appointment to CEO created a lot of outrage. Critics felt that the firm was trying to placate the MeToo movement, and Veronica didn't disappoint. She did her first interview saying, "My primary goal was to transform the male-centric boys' club culture endemic on Wall Street," which creates a lot of enemies.

Agent Valentine: As do all noble objectives, right?

Kristen Chazal: We've confirmed that the package was sent from the Midtown post office.

Agent Valentine: Uh, great. Pull all the videocams in the vicinity right away.

Kristen Chazal: Will do.

Agent Mosier: Have we talked to Veronica's husband yet?

Agent Valentine: Uh, Maggie and OA are with him now.

Special Agent OA Zidan: What do you mean?

Dr. Klein: It's how people on Wall Street communicate. "You don't perform, you're fired." "You don't double my bonus, I quit." "You quit, I sue." "You sue, I countersue." So much testosterone, it's exhausting.

Dr. Klein: You have no idea. Well, maybe you do. I'm guessing the FBI is pretty similar.

Agent OA: Um, Dr. Klein, are you aware of any recent arguments, confrontations?

Dr. Klein: She didn't mention any. Veronica was an amazing woman. She was fearless, brilliant. But she was tough and ambitious. She didn't get to the top by accident.

Agent Bell: Especially if you're a woman. Uh, did she have any enemies? Were there disgruntled employees?

Agent OA: Well, thank you for your time. If there's anything else that you can think of that might be helpful.

Dr. Klein: Wait. There was a guy, a--a banker. Nick Frost. He quit about, uh, six or seven months ago. He--he was very aggressive. Told Veronica he was gonna ruin her life.

Dr. Klein: Just find the son of a bitch who did this.

Agent Bell: We'll do our best.

Agent OA: Um, I couldn't help but notice that when he said the FBI was like Wall Street, you smiled.

Agent Bell: The first day I reported to Quantico, my instructor asked me if I was dropping off my husband. Let's go find Nick Frost.

Viewers are supposed to lament how Veronica’s name is sullied by misogyny even after her death. As the Special Agent in Charge Dana Mosier (Sela Ward) watches Special Agents Maggie Bell (Missy Peregrym) and OA Zidan (Zeeko Zaki) speak to suspect Nick Frost (Josh Randall), she points out “you can hear the resentment and misogyny at every turn” and that it “must have made him crazy working under Veronica.”

This Nick Frost character is chided for railing against how Wall Street executives can’t talk like they used to because “Hollywood PC nonsense pervaded the nation.” In another exchange, he makes a joke for which Agent Mosier chastises him, “Two people are dead and you’re making a sexist joke?”

Agent Bell isn’t a fan of Frost in particular. While Agent OA is willing to let him go, Agents Bell and Mosier are not, and don’t try to hide how cold they are towards him. Agent Mosier gets irritated when called out for it. Conversely, when a female person of interest lies to them about communicating with her son, it’s OA who has to remind her that lying to the FBI is a felony, Agent Bell just tries to sweet talk and sympathize with her.

It’s not merely Veronica and her supposedly good name which are used to make a point on misogyny. Agent Mosier is saddled with the arrival of Special Agent Spencer Briggs (Paulo Costanzo), who has come to use his profiling expertise to help with the case. Because addressing misogyny in the main crime the agents are trying to solve doesn’t provide enough opportunities to talk about it, the profiler starts mansplaining to Mosier.

Agent Briggs: Um... Why are we still holding this guy?

Agent Mosier: Because we can, because we might need him to answer more questions down the road. So rather than spend the time we don't have looking for him, I want to keep him right here where I know where I can find him.

Agent Briggs: Mm-hmm, so with all due respect, you don't think you're taking this a little too personally? What I'm saying is, obviously, you relate very closely with victim number one. You're both determined women who rose to power in an overtly male environment.

Agent Briggs: Come on, this guy personifies every privileged misogynist you've had to indulge throughout your whole career. Don't feel bad, you know? It makes sense.

Agent Briggs: Am I profiling you? Um...yeah.

Agent Mosier: Well, let me save you the trouble. Here's who I am: The boss. Not because I'm a woman and not because I have friends in the Senate. I have this job because I'm good. So you can stop focusing on me and start focusing on who the hell's responsible for these two murders. And the next time you introduce yourself to a female special agent in charge, shake her damn hand.

The episode as a whole drips with this need to hit viewers over the head with the evils of misogyny, which is supposed to be everywhere. It is clear that this week’s male guest characters are, at best, supposed to be annoying, and certainly misogynistic.

Agent Briggs ends up learning a thing or two from Agent Mosier. He even congratulates and shakes her hand, as if such a gesture is bringing his more unfortunate moment full circle.

The actual pipe bomber is the son of a fired Wall Street executive who seems to be afflicted with an unnamed mental illness, though his mother describes him as “manic.” It’s not misogyny driving the afflicted young man, whose third victim is a male, it’s obsession with the legacy of his last name.

But that’s not where the episode leaves viewers, as Agent Bell, of course, has to be the one to detonate the final bomb, in an all male private club, one where she jokes to Agent OA she’s “not supposed to be here in the first place.”