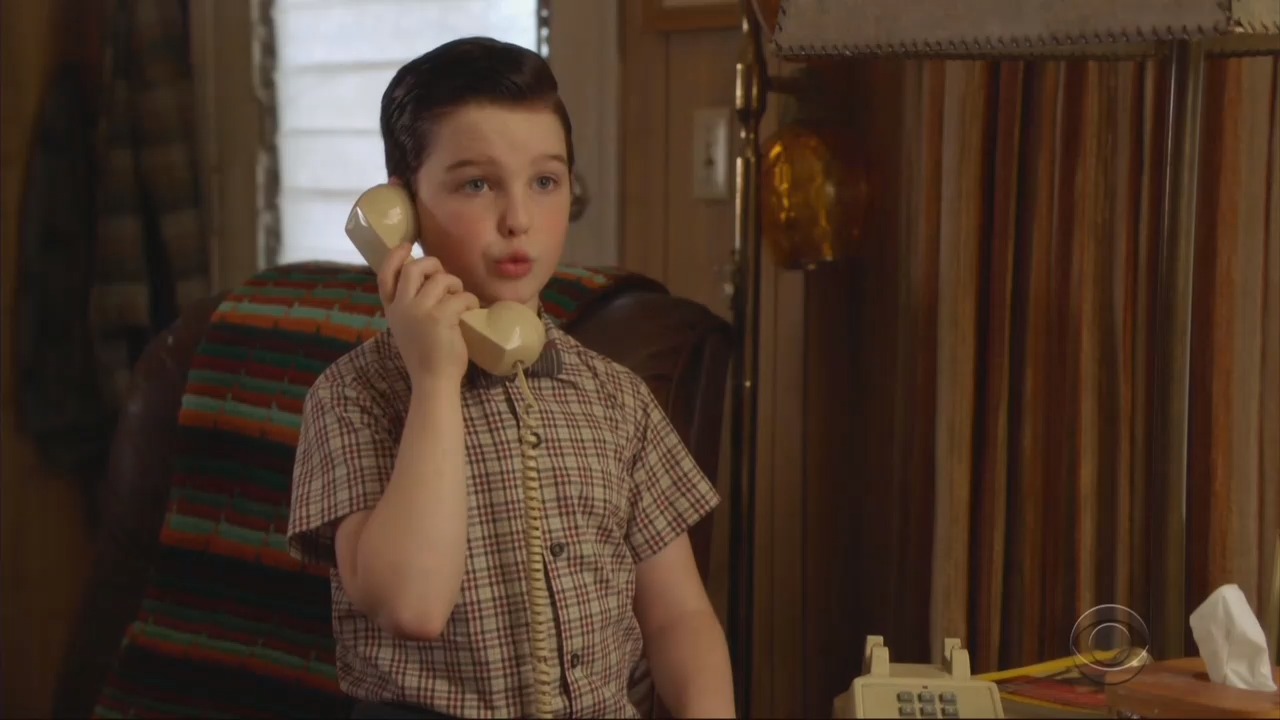 It’s no surprise that a young Sheldon would go through great lengths to prove he was right, or that an adult Sheldon would think fondly of the memory. However, the February 21 episode of the Big Bang Theory prequel spinoff Young Sheldon, “A Loaf of Bread and a Grand Old Flag," took it to the next level with Sheldon supporting communism.

Adult Sheldon takes us back to the 1980s where young Sheldon is perturbed about his peanut butter and jelly sandwich tasting differently, even though his mother assures him the ingredients, brands used, and methods for making the sandwich are to his liking. Sheldon and his friend, Tam, decide to investigate the bread at the supermarket, which, in addition to giving Tam an idea to start a labor union with his sisters, reveals that the bread company has been bought out by another company. Sheldon even gets an employee to admit, “Now we make everything really cheap and fast.”

So determined to have his bread taste the same again, Sheldon decides to stake out a spot in front of the supermarket in order to get signatures for his petition against the bread company. He’s not satisfied with the 13 he does get, but, rather, airs his grievances for the local news. That's when his anti-corporation message gets turned into a full-fledged pro-communist message.

Sheldon: On behalf of sandwich-loving children everywhere, I thank you.

MeeMaw: How many is that?

MeeMaw: A baker's dozen. What do you say we pack up and head outta here?

Sheldon: No, we have to wait for Channel 7 News.

Sheldon: Yes. I called them this morning and told them there was a human interest story at the supermarket.

MeeMaw: Honey, Channel 7 is not coming.

MeeMaw: You got to be kidding me.

(Cut to Sheldon and MeeMaw at home)

George: But I'm watching the game.

Sheldon: But I'm going to be on Channel 7.

Mary: What's he talking about?

MeeMaw: He's gonna be on Channel 7

Sheldon (on TV): I was shocked to learn that the Happy Hearth Home Bakeries had been bought out by the Domestic Food Corporation, and they started making their bread faster and cheaper.

Reporter: And you're collecting signatures to make them stop.

Sheldon: I am. Corporations shouldn't be allowed to make these decisions on their own.

Reporter: Well, who should?

Sheldon: The people who eat the bread. This wouldn't happen if there were centralized control over all these big corporations.

Reporter: Are you suggesting a communist form of government in Texas?

Sheldon: I suppose I am.

Reporter: There you have it. Local boy Sheldon Cooper says communism is what Texas needs.

From there, the adults mostly just run scrambling around. Nobody actually bothers to have a conversation with Sheldon about the evils of communism, which is why he continues to say outrageous things, like praising Moscow’s bread lines to a Time magazine reporter.

Young Sheldon: I hope a lot of people saw it and Happy Hearth is forced to give our country good bread again.

George: No! No more bread. No more country. No more talking.

Mary: Where are you going?

MeeMaw: I'm gonna go put up an American flag in front of my house.

Young Sheldon: Is something wrong?

Sheldon: Is anybody going to fill me in?

Mary: Not a good time, Brenda.

Brenda: I don't want your boy playing with my boy anymore.

Mary: Excuse me? (Phone ringing) Someone get that!

Brenda: I just saw Sheldon on the news. He doesn't need to be filling Billy's head with crazy commie ideas.

Mary: Crazier than sitting on an egg and trying to hatch it? 'Cause I saw your precious son do that the other day.

Brenda: Oh, so you're spying on us. Good to know.

Sheldon:  Yes, I do understand we're in the middle of a cold war. But have you seen how many people wait in line for bread in Moscow? It stands to reason their bread must be great.

George: Who you talking to?

Sheldon: A reporter from Time magazine.

George: No! He didn't mean it. God bless America.

If this sounds familiar, you’re not imagining things, a defense of communist bread lines from the 1980s was just in the news recently. Bernie Sanders’ support for them resurfaced as he announced he’s once again running for president. Sanders, unlike the fictional young Sheldon, however, was an adult when he made such remarks, and should know better.

He and his older brother, Georgie, are called traitors and told to “go back to Russia,” but the adults continue to drop the ball in ensuring Sheldon knows better. Their father, George, almost loses his job as the high school’s football coach. Mary, in what is one of the few, accurate criticisms of communism, is reminded by Pastor Jeff that “these people are atheists.” When asked, “What’s this all about,” she just angrily screams, “My son just wanted a better sandwich. Why is this so hard for y’all to understand?!”

Georgie doesn’t seem to know much about communism either, with his knowledge limited to Rocky IV and Rambo. Meemaw, rather than use her close relationship with Sheldon to explain to him why communism is so bad, instead spends the rest of the episode dancing around on her front lawn as she waves multiple American flags and sings patriotic songs.

Sheldon could have learned a valuable lesson about all of the havoc communist and socialist regimes have wreaked on the world in addition to bread lines, including millions of deaths. Young Sheldon ought to have addressed this. There’s nothing wrong with being funny and smartly acknowledging the evils of communism.