Christians in the Middle East, Africa and South Asia are suffering massive, sustained and very bloody persecution at the hands of Muslim extremists. The three broadcast networks are reluctant to report on it, let alone call the atrocity what it is (and what the Obama administration has admitted it is): genocide.

ISIS has driven staggering numbers of Christians from their homes in Iraq and Syria, and have destroyed some of Christianity’s oldest holy sites in what the Islamists have termed “cultural cleansing.” Terrorists have slaughtered entire Christian villages in Nigeria, and murdered Christian students in their classrooms in Kenya. Churches have been bombed and worshipers kidnapped in Pakistan and Syria. 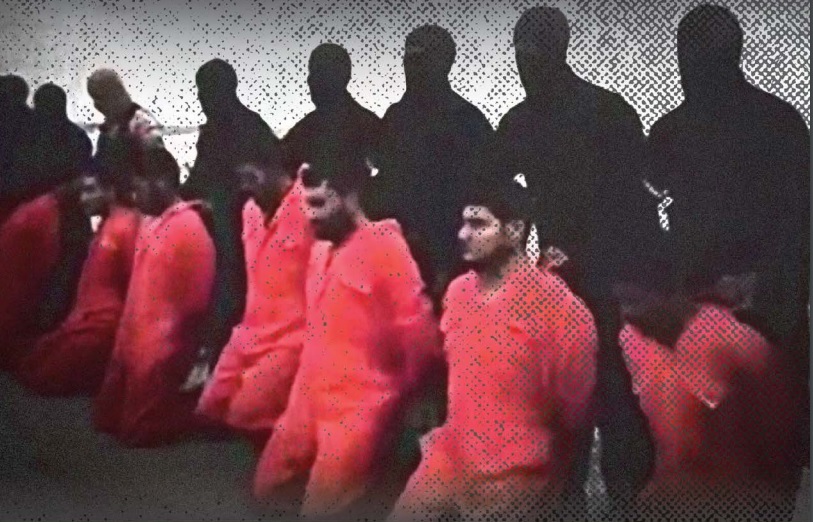 One report from Christian activists identifies 1,131 individual Christians murdered by the Islamic State and names 125 churches the terrorists have attacked. Those numbers, according to the report, may be “the tip of the iceberg.”

ISIS has publically beheaded or burned alive Christians for refusing to renounce their faith and convert. In Syria, the group crucified dozens. ISIS broke up Christian and Yazidi families and sold young girls into sex slavery. It destroyed Christian holy sites in an attempt to erase all pre-Islamic history, and announced it will continue to wage war against “the Jews, the Christians, the pagans, and the apostates.”

A March 18, 2016 article in the Christian Science Monitor cited the evangelical Christian group Open Doors, which found that more than 7,000 “Christians were killed because of their faith last year,” and that doesn’t necessarily include the numbers from Iraq, Syria, or even North Korea, where accurate data are difficult to obtain.”

All this adds up to one thing – genocide.

Yet the concept of “Never again!” seems forgotten by network journalists. Groups such as Open Doors, the Knights of Columbus and In Defense of Christians have documented the horrors in countries from Afghanistan to Yemen, the West Bank to Central Africa. It hasn’t helped. The media rarely tied the incidents together. Even when the pope, the European Union, the House of Representatives and finally the Obama administration all agreed that Christians were victims of genocide, the term was almost unused on ABC, CBS and NBC.

The networks have reported on the violence sporadically and often superficially. They mentioned the plight of Christians in Muslim countries in only 60 stories between January 2014 and June 2016 – an average of just one story every two weeks across all three networks. But they have essentially refused to connect their own dots and call it what it clearly is: genocide.

Hollywood champions like George Clooney, who publicized Darfur and demanded action on that genocide have gone silent. Pope Francis has shined a light on the violence, going so far as to condone military action against ISIS. But the networks were far more interested in anything the pope might say on gay marriage or contraception than genocide.

If there’s any good news, it’s that, unlike Rwanda, where the horror was complete before the media understood genocide was occurring, the Christian genocide is occurring at a slower pace. There is still time for the networks to let the world know.

Sign the petition and demand the networks Tell the Truth about Christian Genocide.