In non-Corona or election-related news, actress Ellen Page has officially come out as a queer trans person. Somehow, this still isn’t the most bizarre thing Page has ever said. 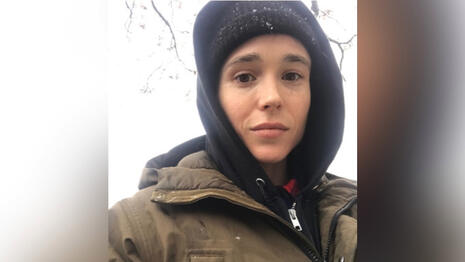 On December 1, Page took to Twitter to post a letter regarding this “coming out” as it were. The letter opens with the actor stating that “I am trans, my pronouns are he/they and my name is Elliot.” How one can be both “he” and “they” is confusing enough, but the message continues. “He” spends a paragraph thanking and praising the trans community for their courage, generosity, and “ceaselessly working to make this world a more inclusive and compassionate place.” I assume that means an “inclusive and compassionate place” unless you disagree with them.

Of course, this wouldn’t be an Ellen Page screed, or rather an Elliot Page screed, if there wasn’t more political posturing. Despite the fact that this is supposed be a moment for Page’s “authentic self,” nearly half of the letter goes off on demonizing politicians who disagree:

"To be clear, I am not trying to dampen a moment that is joyous and one that I celebrate, but I want to address the full picture. The statistics are staggering. … In 2020 alone, it has been reported that at least 40 transgender people have been murdered, the majority of which were Black and Latinx trans women. To the political leaders who work to criminalize trans health care and deny our right to exist and to all of those with a massive platform who continue to spew hostility towards the trans community: you have blood on your hands. You unleash a fury of vile and demeaning rage that lands on the shoulders of the trans community, a community in which 40% of trans adults report attempting suicide. Enough is enough. You aren't being 'canceled,' you are hurting people. I am one of those people and we won't be silent in the face of your attacks.”

Considering Page has previously claimed the world would end in 2030, I think a significantly low murder rate is actually something to celebrate. Even if the murder rate was higher than average, the “hostility” Page thinks politicians spread is nothing compared to what "he/they" has said over the years.

The usual woke heads came out in full force to support this announcement. GLAAD’s Director of Transgender Media Nick Adams, in particular, said, “He will now be an inspiration to countless trans and non-binary people. All transgender people deserve the chance to be ourselves and to be accepted for who we are. We celebrate the remarkable Elliot Page today.”

If Elliot Page is the best that GLAAD can do as an inspiration, it’s no wonder they’re becoming less popular by the year. And that definitely won’t be fixed by one angry celebrity.