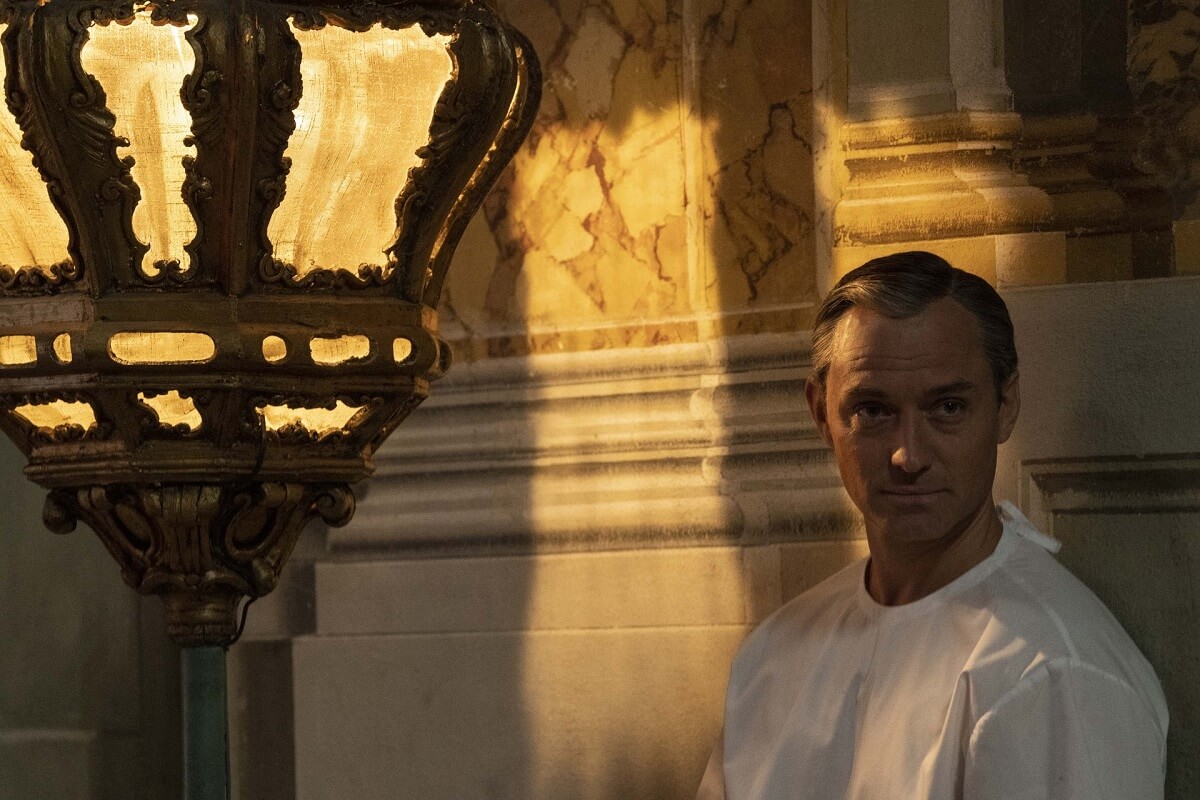 The one thing worse than the awful things the people of HBO’s The New Pope do is the awful things these people try to shove down our throats. Sure, insulting the Church and the people in it is annoying and hateful, but attempting to “fix” them is practically grotesque. Coming from this show’s knowledge of priests and nuns, it’s clear the series is qualified to talk about neither.

The March 2 “Eighth Episode” finally addresses the conflict between having two Popes in the Vatican. Although the world is still unaware of Pope Pius XIII’s (Jude Law) miraculous recovery, the remaining cardinals fear his return could split public and private opinion on the Church. The remaining cardinals are desperate to prop up Pope John Paul III (John Malkovich) as a figurehead, but Pius XIII is determined to start a revolution within the Vatican regardless.

One of the ways he does that is by appealing to the rebellious nuns, who are still upset that the Church isn’t “progressing” as fast as society. More specifically, they’re mad that the nuns and the priests don’t have the same jobs or positions, as it has been for centuries. While Pius XIII remarks rightfully that they should be “champions of faith” rather than “champions of progress,” he does offer to change things by having the priests take part in all the nuns’ chores. In addition, he hopes that the priests will find the grace, generosity, intelligence, and love that all the nuns possess to become righteous.

Pius XIII: Am I saying that everything must remain exactly as it is? Not at all. But you sisters are already different and mysterious. The priests, on the other hand, have moved too close to civil society. So, it is not a matter of extending to you sisters the rights and privileges of the priests, but rather of extending to the priests the duties and the privations of you nuns. This is the only equality that is truly feasible in the Church. The priests must do your laundry, just as you do theirs. They must look, within themselves, to find your grace, your generosity, your intelligence, and your love. Your righteousness will become their righteousness. But that's not to say that their sins will become your sins.

Heaven forbid priests have those qualities on their own, but when it comes to feminism, every woman is automatically better than a man, even nuns who get tattoos and have sex.

Despite these developments, the show still can’t resist its usual takedown of religious figures. In addition to throwing the priests under the bus, the show reminds us that the cardinals are even worse. We see another pair of cardinals share a passionate homosexual kiss while the others are wheeling and dealing to keep their power and status to the public. Finally, there’s the current Pope John Paul III himself, who retreated in the previous episode following a recent terrorist attack. He’s convinced to come back after divulging himself to Sofia (Cécile de France) as well as her leaking photos of his past punk rocker life to the public to improve his image. The two then begin a romantic relationship despite him still being the Pope.

We’re nearing the finale, so hopefully that means we’re almost finished seeing this junk for good. A world without this kind of Church can only get better.