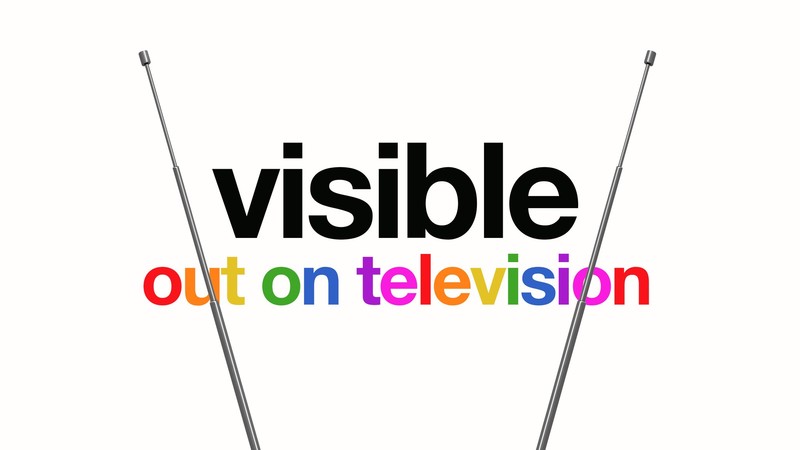 Apple TV has truly hit the peak of progressiveness, and there’s no turning back. The five-part documentary series Visible: Out on Television spells out the true agenda behind LGBTQ representation on television. Namely, the idea that “television is at its best” when it’s being used as a tool for the gay community.

All five parts, which premiered on February 14, lay out the history of LGBTQ representation on television. It begins with the first reference to homosexuality in McCarthy hearings from 1957 and moves to the present day with every major TV event in between those times. The premiere episode “The Dark Ages” dives into this record with their agenda front and center, summing up all the details and posturing we'll be hearing for over five hours. That includes the notion that television is only "at its best" with several LGBTQ characters.

Considering the second episode is literally called “Television as a Tool,” it’s safe to say that the goal is clearly indoctrination and normalization of LGBTQ lifestyles. Even in the documentary, there’s no hiding that many forms of gay representation became excuses for “liberal diatribes” to millions of viewers. There is even special attention given to the gay activist groups such as Act Up and GLAAD, noting that “using TV and the media was the whole game.” Referencing these groups alone removes all doubts of this being anything but political.

The documentary then quickly moves into more recognizable shows such as Three’s Company, Will and Grace, The L-Word, My So-Called Life, Queer Eye for the Straight Guy, Modern Family, and, of course, Pose. Seeing the scope of television move from simply placing gay characters on screen to openly celebrating every perverted thing they can do is jarring enough, but it gets worse. The show goes so far as to co-opt other characters from popular shows to simply act as gay representation for them. And here I thought liberals didn’t like appropriation.

Another unusual habit the documentary has is the obsession with intersectionality. Every time an episode recognizes a supposed breakthrough in gay representation, it’s also posited with the fact that the character was usually a white person. Moments like Ellen DeGeneres coming out on her sitcom or Will and Grace are undermined by the fact that “we’re still living in an era where black characters don’t get their due.” Even when liberals move ahead, they still play the victim.

The double standards continue as we reach the present day in the final episode “The New Guard.” Here, the documentary unironically praises Empire and Transparent for their gay outreach, despite the clear controversies behind their actors. The most we get is the creator of Transparent admitting that hiring Jeffery Tambor was “like an original sin that was truly problematic for trans people” but no reference to his sexual assault allegations. The fact that Jussie Smollett was fired from Empire for his fake hate crime allegations goes entirely unsaid.

History is also altered various times in this documentary to suit the LGBTQ community. For starters, the show maintains the narrative of 21-year-old Matthew Shepard being the victim of a LGBTQ hate crime despite evidence to the contrary. Another example includes the fact that, although they do not completely condemn President Ronald Reagan for the HIV/AIDS crisis in the 1980s, they do not credit him with increasing the funding for AIDS research during his term. Finally, the show takes time to acknowledge the Pulse nightclub shooting and the targeting of the gay community, but it refuses to reference the shooter’s connection to radical Islamic terrorism, instead blaming a vague sense of “hatred” in the country. For a supposed documentary, there’s a lot of facts Apple TV+ wants to ignore.

Lastly, this wouldn’t be an LGBTQ story without blatant political references. Liberal gay journalists like Don Lemon, Anderson Cooper, and Rachel Maddow make appearances throughout the show, trying and failing to prove that they are just “like you.” The final episode also has a reference to Democrat presidential candidate Pete Buttigieg as highlighting “increased visibility for the journeys of LGBTQ people.” Finally, there’s a slam against the Trump administration “rolling back” equality in an era where “bigots are feeling empowered.” It’s one final reminder that no society will ever be good enough for the progressive agenda.

CNN calls Visible: Out on Television “a reminder how far both TV and society have come.” In a way, I agree. It shows us how far television has fallen to blatant propaganda and depraved activists. And it’ll never be far enough for the progressives.