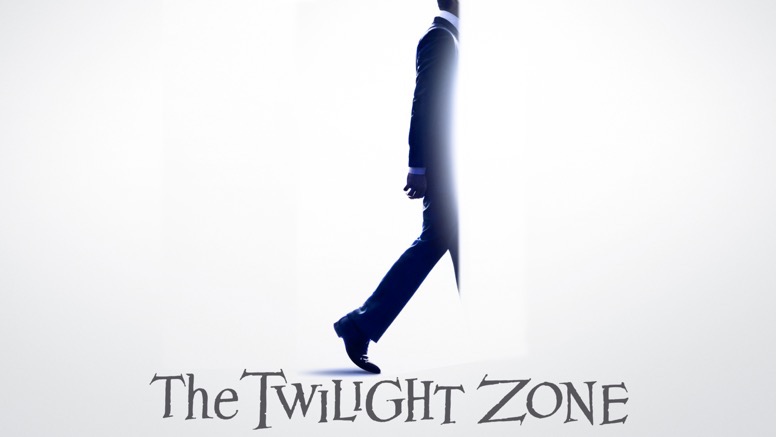 The Twilight Zone is probably one of the most impactful and thought-provoking shows of all time. Even just the phrase “twilight zone” is iconic. From there, it’s only natural that CBS has attempted to re-adapt the show no less than three times in the past sixty years. Could CBS All-Access now have the latest and possibly most egregious version yet? After this April Fools' Day premiere, I can say without a doubt that this show should have stayed in the fifth dimension.

Pretty much everything surrounding the series reboot even before its premiere has been more ominous than the show’s theme music. For starters, this is the third following two failed attempts to bring the series back after the death of original series creator Rod Serling. While there's always been clamoring for more Twilight Zone stories, it’s clearly impossible to replicate his creativity and public insight.

Second, the people behind the project have been far too eager to politicize it. In an interview with Entertainment Weekly, executive producer Simon Kinberg commented, “The world we live in 2019 is clamoring socially, politically, morally for a new Twilight Zone. Our politics are so upside down, and because the divisions are getting wider, it’s time for a show that can be entertaining but also provide moral and social parables.” Honestly, the last thing anyone should want nowadays is more politics. Not when algorithms can be considered racist nowadays.

Finally, the new revival also features Jordan Peele as both producer and narrator. The filmmaker behind Get Out and Us has hardly been shy about his liberal outlook. Just recently, he stated that he “doesn’t see himself” casting a white man as a lead in the future because he’s “seen that movie.” In literally any other context, judging someone by their skin color is the definition of racism. Peele may have the right to hire whomever he wants for his movies, but I have the right to criticize his reasons.

So far, Peele's racial preferences don’t seem to be affecting the series too badly since at least one of its episodes has a white male lead. However, some upcoming episode descriptions, such as one involving a racist cop who shoots a black teenager, still promise some foray into racism. For now, we just have to focus on other ways the revival undermines the original.

The first episode “The Comedian” gets us off to a terrible start within the first minute alone. Stand-up comedian Samir (Kumail Nanjiani) is delivering his latest set to an unsympathetic crowd. Before that, however, he just riffs on the Second Amendment.

It’s crazy times, guys, crazy times. So one side is saying, “Hey, people are killing each other with machine guns. Maybe normal people shouldn’t have machine guns, and only soldiers who are in an active ground war.” And then the other side is saying, “Well, you can’t take away machine guns because of the Second Amendment. The Second Amendment. You can’t regulate guns because of the Second Amendment. So, to be clear, your argument is that guns should have no regulations on them because of the Second Amendment, which literally starts with the words “a well regulated.” That’s literally how it starts! And the whole amendment has 27 words, and three of them are “a,” “well,” and “regulated.” That’s 11.1% folks. You know? I know what this guy’s thinking. This guy’s like, “But Samir, 11.1% isn’t that much.” But imagine you’re on a plane and halfway through your journey, the pilot comes on and he’s like “Hey, folks. Classic good news, bad news. Good news: we’ll be getting you 89% of the way there. Bad news, that puts us at the bottom of the Atlantic Ocean.

Thank goodness this audience doesn’t buy that nonsense, either. In another set-up, Samir also takes time to remind us that the president is a “fascist dickhead.” Even without the leftist mindset, it hardly lives up to the standards of the original series with f-bombs and other profanity being dropped way too easily. Kinberg calls this “the way modern characters speak,” but I call it “having no class.” A series as classic as The Twilight Zone should be enjoyed by people of various ages, not just the ones that can handle an MA-rating.

The second episode fairs only slightly better than the first. For our consideration is “Nightmare at 30,000 Feet,” a remake of the classic William Shatner episode “Nightmare at 20,000 Feet.” While it benefits from pedaling off the show’s original premise, the episode flounders everywhere else.

Instead of a mental patient, we have Justin (Adam Scott), an investigative reporter with PTSD. Instead of seeing a gremlin on the airplane wing, he listens to a podcast that predicts the plane’s disappearance. Instead of having an ending that proves the insanity real, the 2019 episode has Justin helping a man hijack the plane, causing the accident in the first place. Then Justin is killed by the survivors for being a paranoid idiot.

It honestly has all the spooky, eerie quality of finding a quarter in your old coat pocket. Apparently, unless the episodes have some kind of political or “modern” edge to them, they become dull as dry wall. To the episode’s credit, it’s the shortest of the two at only 36 minutes long, still 50% longer than an average 1960s episode (“The Comedian” clocks in at 55 minutes).

Speaking of which, before anyone tries to argue “but the original series was political, too,” please remember this: the original series was also good. Yes, The Twilight Zone was also political. In 1959. This was within the same decade where they still didn't like showing married couples sleeping in the same bed. Rod Serling pushed boundaries back when there were actual boundaries, not just people who won’t surrender gun rights. I have to think we’ve come farther than that in the last six decades.

Sadly, this series is already proving to me that the only “improvement” to the show is more cursing. Kinberg and Peele think that by adding current politics, profanity, and an extra-long runtime they can relate to modern audiences. Ironically, they never stopped to think about how the original series succeeded and continues to succeed without those things. The series may be fictional, but liberals have always been trapped in The Twilight Zone.