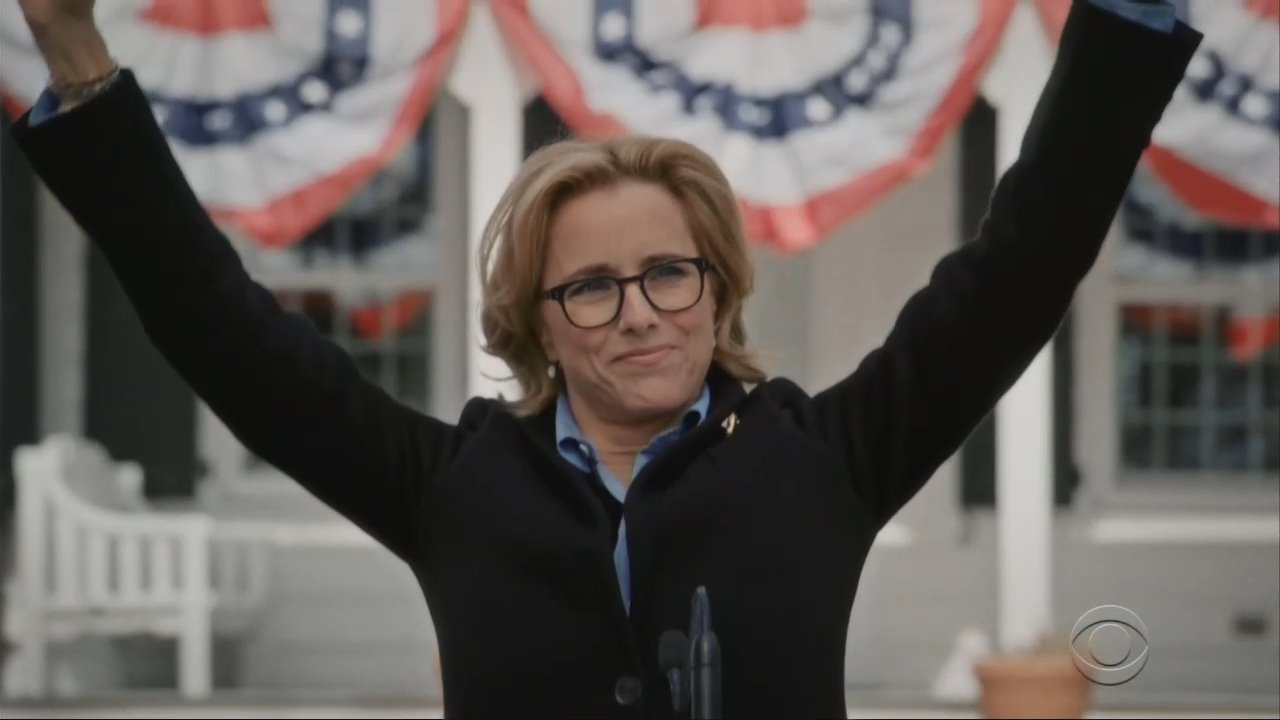 There’s just never a decent break when it comes to Madam Secretary. Not content to ruin the day before Christmas Eve by pandering on illegal immigration, CBS’s political series aired its season 5 finale with white nationalist terrorism, Russia conspiracies, and climate change on Easter Sunday. Looks like liberals will never learn from November 2016.

The April 21 episode “Better Angels” follows Secretary of State Elizabeth McCord (Téa Leoni) resigning from her position to plan her upcoming presidential run. Following that, she attends a Senate hearing regarding new climate change bills. You see, ever since the global warming debacle last month, the administration has been pushing a treaty at the U.N. to protect “climate migrants” worldwide. And they are not subtle about this, saying the treaty involves “nothing less than the survival of a cohesive human society.”

As per usual for the series, there is a lot of back and forth regarding wayward senators, aggressive Republican presidential candidates, and countries threatening to leave the treaty. Things go from bad to worse when a Security Council team is killed by exposure to sarin gas. It’s quickly discovered that the culprits were members of a white nationalist group known as the Knights of Western Freedom. From the quick briefing, you’d think white nationalists were terrorists are on par with ISIS now.

Dalton: What do we know about this group, "The Knights of Western Freedom," or whatever these monsters are calling themselves?

Frank: Well, Agent Maloof from our Counterterrorism Division will take you through what we know so far.

Maloof: Mr. President, based on a communiqué the group posted today, The Knights of Western Freedom claims to be an informal network of cells paradoxically united by a resistance to what they call "The globalist conspiracy." They see the migration treaty as an attempt to undermine national sovereignty and so-called "ethnic purity."

Russell: So we're looking at active cells in multiple countries?

Ware: They managed to access sarin and place two inside men at a U.N. Security Council meeting. So we have to assume they're formidable.

Dalton: Elizabeth, is it safe to say that our allies and friends will unify against this attack?

Elizabeth: Early indications are that it's having the opposite effect.

Kat: Many European governments were already afraid of their right flank. This attack is forcing a choice on them. Abandon their international commitments, or risk more attacks and getting voted out.

Dalton: Russell, tell Comms I'm going to address the nation tonight. The American people need to know that we're directing all resources to stepping up security and...hunting these sons of bitches down. Frank, Ephraim, I want Intel briefings every two hours. Bess, get with our allies. Tell them we can offer every resource they need to disrupt this network and push back on this hateful ideology.

This isn’t exactly a new take seeing as the series had white nationalists attack the White House in the season premiere last year. However, just like that episode, the show greatly overestimates the threat of white nationalism globally, especially compared to Islamic extremism. That’s not to mention the fact that it also haphazardly connects a dislike for globalism and climate change policies with murderous terrorists, though I’m guessing that one was most certainly on purpose.

That’s sadly not all. Republican presidential candidate Owen Callister (Will Chase), the Trump-like figure from last week’s episode, blames the attack on "globalist fantasies that average citizens around the world don't want and didn't vote for." Coincidentally, Russia uses his words to pull out of the treaty for fear of aggravating nationalists in both its country and abroad. Based on this action, Elizabeth questions whether the two are connected in a way, and, lo and behold, we have another Russia conspiracy, everyone.

Elizabeth: What's going on? Have we caught them?

Russell: We're running down leads. That's a different briefing. You ready to get read in on something tricky?

Ware: I passed on your conversation with Foreign Minister Avdonin to the FBI last night.

Frank: It provided a piece to a case we've been building for some time. We have strong evidence that Owen Callister's campaign manager, Dan Finnerty, has been funneling money from Russian oligarchs into Callister's super PAC. We'll be arresting him later today.

Elizabeth: Was Callister in the loop?

Frank: Based on the evidence, DOJ will announce they're opening an investigation into the senator, too.

Dalton: Due to the inherently political nature of the case, we're concerned that Callister may cry witch hunt and come after you.

Elizabeth: Let him. He's the traitor, not me.

Russell: So, now we know why so many of Callister's positions line up so conveniently with Russia's, but...why is Avdonin selling him out?

Ware: One theory is that the Russians somehow caught wind that Callister's under suspicion, and this is an attempt at damage control.

Elizabeth: I think he's about to attend the funeral of a dear friend, and can see the shape of things to come. Hopefully, this drives a stake through Callister's heart.

On a side note, doesn’t this story seem even more ridiculous after the release of the Mueller report?

This whole episode is basically a “who’s who” in 2016 conspiracies. We have a religious zeal for global warming, an irrational overblown fear of white nationalists globally, and a Russian infiltration of presidential candidates. To top it all off, the episode ends with Elizabeth formally announcing her candidacy for president as the first female president. We get it. Hillary lost, and they’re still mad about it.

Madam Secretary may be stuck in the past, but the rest of us have thankfully moved on. Hopefully, the series will, too - no word yet on whether it will be renewed for a sixth season.