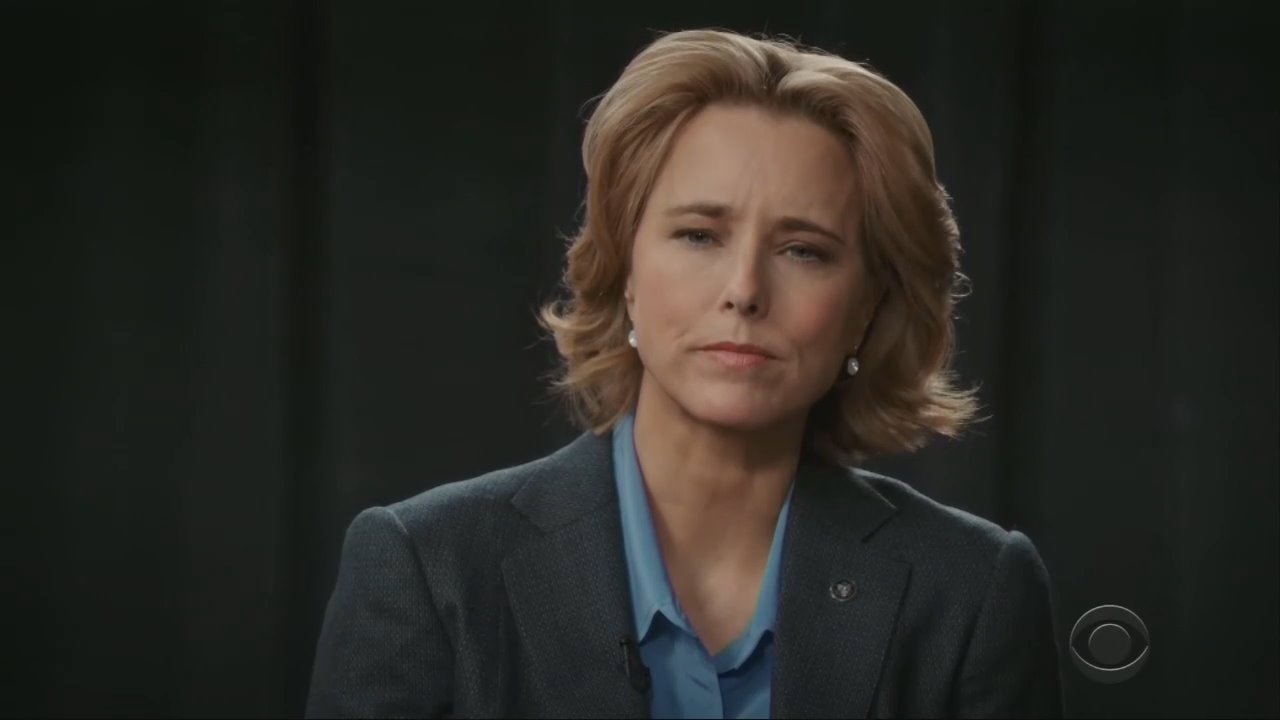 CBS’s Madam Secretary has really enjoyed lecturing its opponents this season. Earlier this year, it complained that corporate greed would lead to the collapse of civilization. Then, it denigrated Christians who would dare worship God yet deny global warming. The latest episode completes the trifecta of attacks by going after the Republican Party, stating it needs to "evolve."

The April 14 episode “The Great Experiment” comes on the cusp of Secretary of State Elizabeth McCord (Téa Leoni) announcing her candidacy for president. Unfortunately, she comes across two major obstacles. One includes a  GOP Senator named Owen Callister (Will Chase) announcing his bid for the race. The other obstacle is a hit piece claiming she had an affair with President Dalton (Keith Carradine) years ago while in the CIA.

It should be noted that though Callister is a relatively new public figure, he's clearly representing a Trump-like candidate in this race. He's a GOP candidate, he's considered "divisive" by the administration, and he holds rallies decrying "every criminal, every drug dealer, every gang member flooding over our nation's borders." All that's missing is a MAGA hat. As Elizabeth says, "Extremists aren't just attacking the White House from outside, they're trying to move into it."

While Elizabeth attempts to deal with the fallout from the affair article, she finds a surprise guest at her home: Republican Governor John Hayes (Michael Pemberton). Although Callister is a member of his party, Hayes confides in Elizabeth that many members do not want to support Callister’s “fear-mongering.” Therefore, he thinks that the Republican nomination should go to a more worthy candidate. In this case, he refers to the Independent Elizabeth.

Needless to say, Elizabeth is shocked by the request and questions why the GOP would want her after their disagreements. Hayes simply claims that she can reach out to both sides and give the party the opportunity to “evolve.”

Elizabeth: I-I work for a president who turned his back on both parties. Why come to me?

Hayes: Because you're a worthy candidate.

Elizabeth: Well, I appreciate that. I do. But... I got to tell you, when I look at your party's current platform, I-I... I mean, I-I'm about to host a global conference on climate change, and your party can't even agree that climate is changing.

Hayes: We need to evolve. We'd see your candidacy as an opportunity to do that and, at the same time, come back to the party of Teddy Roosevelt and Dwight Eisenhower. A square deal and a strong national defense. I think you fit that platform. And it's a platform we believe the majority of Americans will vote for.

Elizabeth: Well, that's inspiring. And... flattering. But if you're so alarmed by Owen Callister, why not denounce him? Where are the public statements?

Hayes: We don't want to alienate the people Callister's talking to. We want to reach them. We think we can do that with you.

It figures that in the world of Madam Secretary that there can’t be any good Republicans, there are only hateful "extremists" or backwards people who need to “evolve.”

To her credit, Elizabeth acknowledges in a later scene there are some places where she lines up with Republican values, namely a strong militarization and some privatization. However, even that’s quickly undermined when she points out “the GOP has a much darker history of playing up wedge issues like same-sex marriage just to fire up voters,” as if the Democrats don’t. Being a Republican is apparently only fine as long as you line up with liberal beliefs.

Elizabeth can call herself an Independent all she wants, but the show makes it clear. It doesn’t care for Christians, corporations, or anyone who questions the liberal narrative. The only people who need to evolve are these writers.