Surprise! 'Law & Order: SVU' Defends Unborn Child of Rape - 'It's Not Their Fault' 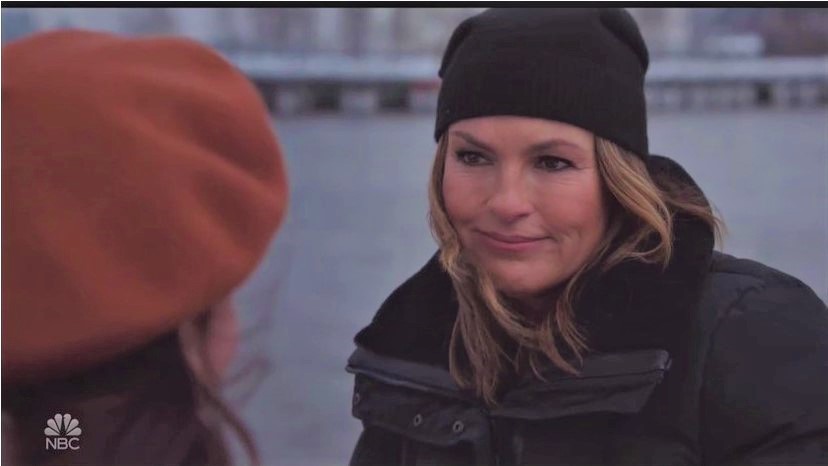 It’s not often I say this, but well done, Law & Order: Special Victims Unit. The NBC series has been reliably liberal lately, almost to the point of peddling lies for primetime. However, the latest episode is an undeniably heartwarming reminder of the humanity of an unborn child, even if he or she is the product of rape.

The Special Victims Unit begins investigating the case which grows more complicated when Kitty is revealed to be pregnant. Of course, this development helps to prove that Kitty and Hensley were involved sexually, but now there’s another problem.

Kitty explains to Olivia that while she’s always wanted to be a mom, she “could never love a baby who was conceived by a monster.” Though Olivia does leave the choice of whether to abort to Kitty, she gives a surprisingly considerate defense of the unborn child. She reminds Kitty that the baby is “half-yours” and that the rape is “not their fault.” This perspective shouldn't be a surprise as Olivia herself was a product of rape, but it’s still a novelty coming from the series that featured a conservative pundit being raped. Sadly, Kitty isn’t immediately persuaded.

Kitty: Yeah, and I always dreamed of being a mom. I had this doll when I was five, Penelope. She came with a bottle and a diaper. My imaginary husband was this handsome prince named Sebastian. I never thought that my baby's father would be a man who raped me.

Doctor: Okay, I'll send these off to the lab.

Olivia: Yeah, if you could put a rush on that, I'd appreciate it. Thank you. So, Kitty, I know that it doesn't feel like it... but you're strong, and you're gonna get through this.

Kitty: Well, a judge can't make me keep it.

Olivia: No, of course not.

Kitty: Good, 'cause if Dr. Hensley tries to stop me from getting an abortion—

Olivia: Listen, even if he is the father, he has no right to do that.

Kitty: Good, 'cause I could never love a baby who was conceived by a monster. You don't think I should keep it?

Olivia: You know, whatever... whatever you decide.

Kitty: What would you do?

Olivia: If it was me... you know, I'm--I'm, um... it's hard for me to be objective. But I think that you're raw right now, and with some distance you'll realize that... that this baby is half yours. And no matter what happened to you, he or she... it's not their fault.

Kitty: All right, and if I wait and it's too late to do anything...

Olivia: Yeah, but that's why maybe you should talk to someone.

Kitty: Another psychologist? No, thank you. I mean, as soon as these labs come back, I'm going right to the clinic. I'm getting rid of this thing.

In true SVU fashion, Dr. Hensley is eventually caught for raping not just Kitty but also his fiancé, but the real twist comes at the end when we get a second scene of Olivia defending an unborn child. In the final moments of the episode, Olivia tells Kitty, “You know, even though your baby was conceived in an act of violence, your baby is innocent and deserves to be unconditionally loved.”

Kitty: I haven’t decided what I’m going to do about this baby. I mean, I thought for sure I was going to get an abortion.

Kitty: I felt the baby kick this morning. It really reminded me of what you said, you know, what happened to me is not this baby's fault.

Olivia: That doesn't mean that it's not gonna be hard. You know, I've known women in your exact position who have decided to raise their daughter or their son. And some days they don't even think about it, and other days... you know, even though your baby was conceived in an act of violence, your baby is innocent... and deserves to be unconditionally loved. Promise me that if you decide to become a mother... that you'll remember that.

This is far from an exoneration of the series. After all, this was the show that just last season featured a lawyer pulling the plug and euthanizing an infant. We’re nowhere near any of these episodes condemning a Planned Parenthood here.

But, for a few minutes, SVU managed to admit that an unborn child is an innocent being deserving of love, no matter what the circumstances. It looks like maybe there’s hope for humanity after all.